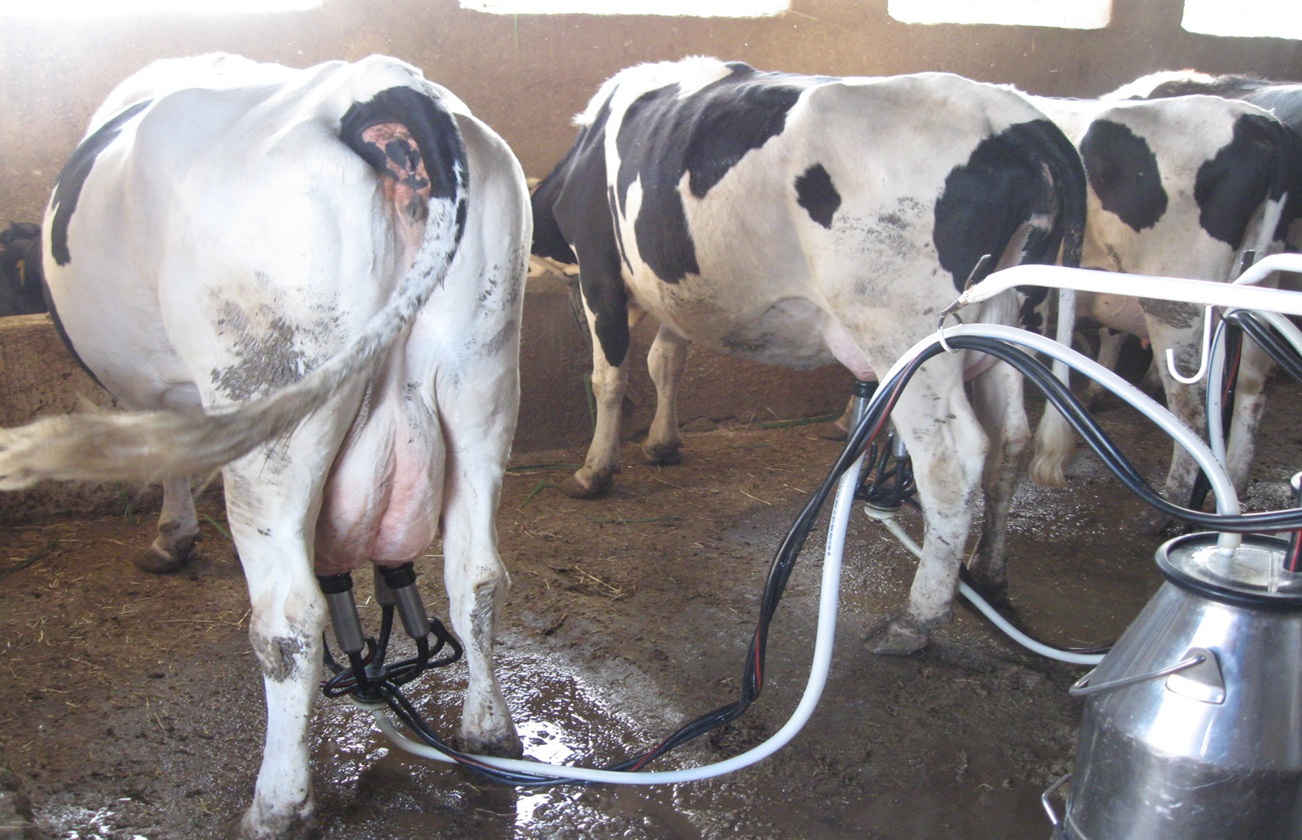 No one ever denies sipping fresh milk produced from a variety of domesticated mammals; cows, goats, sheep, camels and others when it is right away from the hot pot. Of course, milk traditionally, is treated as a medicine for many ailments and, on other way round, doctors prescribe patients to be away from milk and dairy products for some time thinking it can harm patients while taking their medication.

But I believe the outcome of this product outweigh all the costs. I, myself, was not a big fan of milk in the first couple of years after my birth, not soon enough before I inquire why some people, including myself, refuse to have such kind of blessing. It did not take me much time to realize the benefits quicker than anybody else, but when I did, the refrigerator started to remain milk free for some times.

It is commonly taken for granted that by far the vast majority of milk used for commercial production and consumption is from cows. Let’s see how, in Eritrea, we perceive milk and milk-derivate products in our today’s development column.

Milk is a highly nutritious and versatile food. People enjoy drinking milk in its natural form and also use it to make a wide range of food products, including cream, butter, yogurt, cheese, ice cream, and other byproducts. Eritrea is found to be in a strategic location of 2,400 meters above sea level, suitable climate for the breeding of cows and other mammals. The number of productive mammals reaches around 1.9 million of three species cows, 6.9 million diverse varieties of goats and sheep, and 300 thousand camels out of which milk production is delivered to the Eritrean market.

Dairy farming has over a century length in Eritrea. It started with the coming of the Italians. Italians had the culture and hobby of producing milk products such as cheese. It is widely known that Italian cheese is the most expensive cheese all over the world. This dairy industry began with two small companies in Eritrea with the capacity to export to the Middle East and East African nations.

The Ministry of Agriculture has been the right hand of the sector up until the final delivery of the production to the society through its centers. Communal institutions were built in between 2002 and 2004 in the Anseba region, specifically in places of Stur, Glass, and Darotay, as well as Southern region in Korbaria, to backbone the early centers in Asmara, Keren, Dekemhare, Mendefera and Ghindae with the intention to boost animal richness and milk productivity. A minimum of 679 milk cows are held in these new centers mentioned earlier. Entrepreneurs and farmers in the dairy production also describe anything done is with the consultation of MOA, including accessories needed to support their activities.

Some private dairy factories are able to be self-sufficient and started to supply local mining industries, hotels and export to the Middle East and African Markets. According to the entrepreneur’s record around 12,000 Holstein and Friesian cows are available in the Southern region, which is a very much organized and fruitful region in dairy production. Since it is a give and take task, the nutrition of these already held animals becomes a concern: the authority needs to improve nutrition, accordingly a quality and quantity wise major investigations has been taken off. As a result, it is proven to have crops for modern animal fertilization and to the development of grazing. Another research was also made on the way these animals should be fed during dry seasons.

For a good milk production, it needs a good provision of nutrition to animals. Up until the independence, there was not sufficient land to be cultivated for animal food. But ever since the independence, arrangements were made to import seeds from abroad and introduce it in the six zones by forming 13 sample and nursery centers to familiarize to farmers and spread the seeds throughout the country. Though not much satisfactory, the land which is being cultivated by the green nutrition for animals is in a good stage. The centers are located in Tesseney, Akordat, Darotay, river Anseba, Nakfa, Ghindae, Himbrty, Tseazegha, Asmara, Adi kuala, May Tsebri, and Gahro.

Back in 1991, only 13,000 cows were available restricted in the cities of Asmara, Keren, Dekemhare, Mendefera and Ghindae, providing not more than 8,489 liters per annum. Whereas at present time, around 32,305 improved and native milk cows are retained whom the 7,333 are milked amounting for 15,619 liters per annum and are found in all regions. To make the current figure doubled, a lot of endeavors are being taken to solve the mismanagement in nutrition keeping, health and animal husbandry process of animals. In the last 25 years, 10,942 male seeds have been distributed from 20,150 imported in all regions and institutions for animal husbandry process out of which 1,750 is the Jersey type and 19,276 (including 876 of 1991 and 1992) was the Friesian type. Because seeds for reproduction are not produced locally, importing (started in 1993) the seeds of Holstein, Jersey and Friesian kind of cows from Denmark, Germany, the United States and Sudan was imminent to ensure that the production keeps going, and is put directly into negative 196 degree centigrade of liquid nitrogen to continue the conception service.

Initially there was a machine that can only produce 5 liters of liquid nitrogen per hour, but right now a more advanced and efficient one is recently brought that has the capacity to produce 15 liters of liquid nitrogen per hour and will be assembled soon. Almost around 760 thousand American dollars are made expenditure to bring this machine and other laboratory equipment. The use of liquid nitrogen is simply to keep the seeds stilled until the next step of animal husbandry. Liquid nitrogen is produced by liquefying air and is widely used as an inexpensive cryogenic refrigerant. It can be stored for long periods in special containers called Dewar flasks, named after Sir James Dewar, the British scientist who first liquefied hydrogen in 1898.

In the last 25 years, inconsistent production of 96,043 liters liquid nitrogen were recorded due to machine breakdowns, 21,821 of it was sold to various demanding organizations, hospitals, electricity corporation, as well as animal and crop laboratories.

All in all, this has to bring a sense of fine outcome at the end of the day. The production of milk, according to the latest statistics of the Ministry, from the wide range of distributors shows that a total figure of 97,851,723 liters of milk were sold in the market from 1999 until the year 2014. And around 15 milking machines along with 12 milk inspecting machines were disseminated in the 6 regions to make sure the efficiency and safety of the project before it gets into the market.

Moreover, the Ministry had lend and invested 12 million Nakfa to improve the capacity of farmers and increase milk production by making over the Asmara Diary factory, and a business plan was drafted and given for the association’s activity. Supporting documents and manuals were provided by the Ministry to experts and farmers to advance their knowledge in milk and dairy productions and to increase overall productivity and animal breeding. The main and familiar factories which are engaged in the provision of safe milk and milk byproducts to the local and external markets are the Asmara, Barka, Dekemhare, Mendefera, Dubarwa, Segeneiti, Adi Quala and the Elabered diary factories.