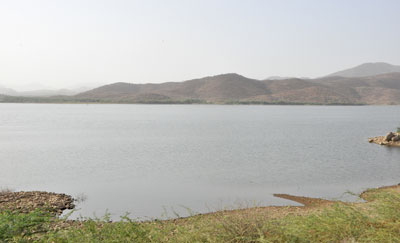 In Part I, Eritrea’s policy foundations and evolution of policy formulation were summarized. In what follows, Part II, progress toward sustainable development is presented.

Immediately following independence in 1993, the formidable tasks of reconstruction, rehabilitation and the building of foundations for sustainable socio-economic development commenced in earnest. Among the most important were the establishment of public institutions and civil service, the creation of a legal and administrative environment that is conducive to sustainable development, and building capacity in a down-sized and lean public sector.  Consistent with this, approximately 65% of the liberation forces were demobilized and injected into both the private and public sectors. The demobilization program, the first of two phases following independence, is indicative of Eritrea’s sole preoccupation at the time: poverty eradication through sustainable socio economic development. The period 1993-1998 was clearly a period of successful reconstruction and rehabilitation as well as the beginning of growth with macroeconomic stability.

For instance, gross domestic product (GDP) grew at the rate of 10.9 per cent (1993-1997) , inflation averaged approximately 6%, and fiscal deficit including grants averaged approximately 5.5% of GDP, and gross international reserves were equivalent to 3.5 months of imports of goods and services. These and other macroeconomic performance indicators ascertained that, absent distractions and uncertainties requiring diversion of human and financial resources away from development programs, the national development policy was able to trigger sustainable development. The period 1993-1998 was also a period of peace and stability that are essential conditions for accelerated growth and poverty elimination.

The border war of 1998-2000 caused substantial damage to social and economic infrastructure in the conflict areas and entailed adverse consequences on the gains that were recorded during the preceding seven years. Among those that sustained heavy damage or complete destruction were schools, healthcare centres, manufacturing and industrial plants, agricultural resources, livestock and places of worship in the battle zone. Under these circumstances, the Government needed to divert some of the nation’s human and financial resources to defence while maintaining the development effort. The conflict areas were also sprinkled with land mines that rendered for some time, arable land in the border areas inaccessible and dangerous to human and animal lives.

In spite of the failure of the so-called Guarantors of Peace who pledged to effect implementation of the Eritrea/Ethiopia Border Commission(EEBC) decisions, and in spite of the numerous stumbling blocks that have been imposed against Eritrea – including sanctions – the nation has endured. Resilience and patience, hallmarks of the Eritrean people, have paid off in the past and they do now. The determination of the people and government to survive and thrive against all odds is unwavering, and Eritreans in the Diaspora unfailingly support their country of birth through remittances and political advocacy. Consequently, the pre-war focus on development is in place, and the economy is on an accelerated path of sustainable development and alleviation of poverty.

Economic growth has accelerated starting in 2010. Foreign direct investment (FDI) especially in mining is picking up and stimulating economic activity.

World Bank updates indicate that the Eritrean economy grew at the rate of 10.9% (1993-97) and by 9.0 % in (2011-12). Using a population estimate of 5.1 million (2014) and gross domestic product of USD2.61 billion at market prices, the Bank also estimates GDP per capita of $544.5 (2011) . The Government’s estimate of the resident population is 3.7 million. Using this as a denominator, the GDP per capita will be even higher. The World Bank also reports that other indicators such as fiscal deficit including grants at 12.6% of GDP (2010-2012) and inflation (estimated single digit in recent years) are declining thus improving macroeconomic stability. The World Bank’s estimates of real growth and stability are generally corroborated by the International Monetary Fund’s (IMF)  revised and updated assessment of Eritrean economic performance.

Other developments as in the areas of education, healthcare, transportation and communications, water supply, energy and environment indicate that basic needs of households are being met.

During the last twenty five years school enrolment has increased from 213,368 (1993) to 679,038 (2014), increase by 218%; college and university enrolment increased from approximately 1200 full-time students to 14,000 (2015), increase by 1067%; 26 hospitals including five referral, 52 health centres, 180 health stations, 77 clinics and 5 facilities specialized in maternal and child care; Asphalt, gravel and dirt roads constructed increased from 4,930 kilo meters (1991) to 14,500 kilo meters (2015), increase by 195%; buses used for public transportation in rural areas increased from 267 (1991) to 1,769 (2015), increase by 562%; airports in Asmara, Massawa, Assab, Nakfa, Tesseney, Dahlak Island, and Awget have been modernized to be suitable for domestic and international flights; energy generation capacity has increased from 30.1 Mega Watts (1991) to 141.70Mega Watts (2015) increase by 371%; deep water ports and container terminals have been constructed and modernized in Massawa and Assab; and dams and ponds with a capacity of over 300 million cubic meters of water have been built.This investment has already impacted the livelihood of the populationpositively. To ensure access by all citizens, especially low income and rural communities, most of these social and economic services are provided to the public either free of charge or at highly subsidized rates. Further improvements of access to these services, especially water, energy and public transportation will require huge infrastructure investment. However, when implemented, the Government’s infrastructure programs are expected to secure sustainable access to these services by households as well asby social and economic establishments.

Table 1 presents some indicators of progress in development.

In several areas including life expectancy, HIV prevalence, and youth literacy,  Eritrea has performed better than most sub-Saharan countries, all of which were independent states decades before Eritrea. As well, Eritrea shines in the area of healthcare. As of 2013, it was the only African country that achieved all three Health Millennium Development Goals before the target year of 2015. In recognition of this remarkable achievement in healthcare, accolades have been expressed by the United Nations General Assembly (2014) and by the African Union, for success in malaria control (2016).

The above is a snapshot of development programs and results in the last 25 years. In Part III, a brief account of the challenges that Eritrea continues to face and the short to medium-term development prospects will be presented.

Eritrea: Horn of Africa, Red Sea and the Mandeb Strait