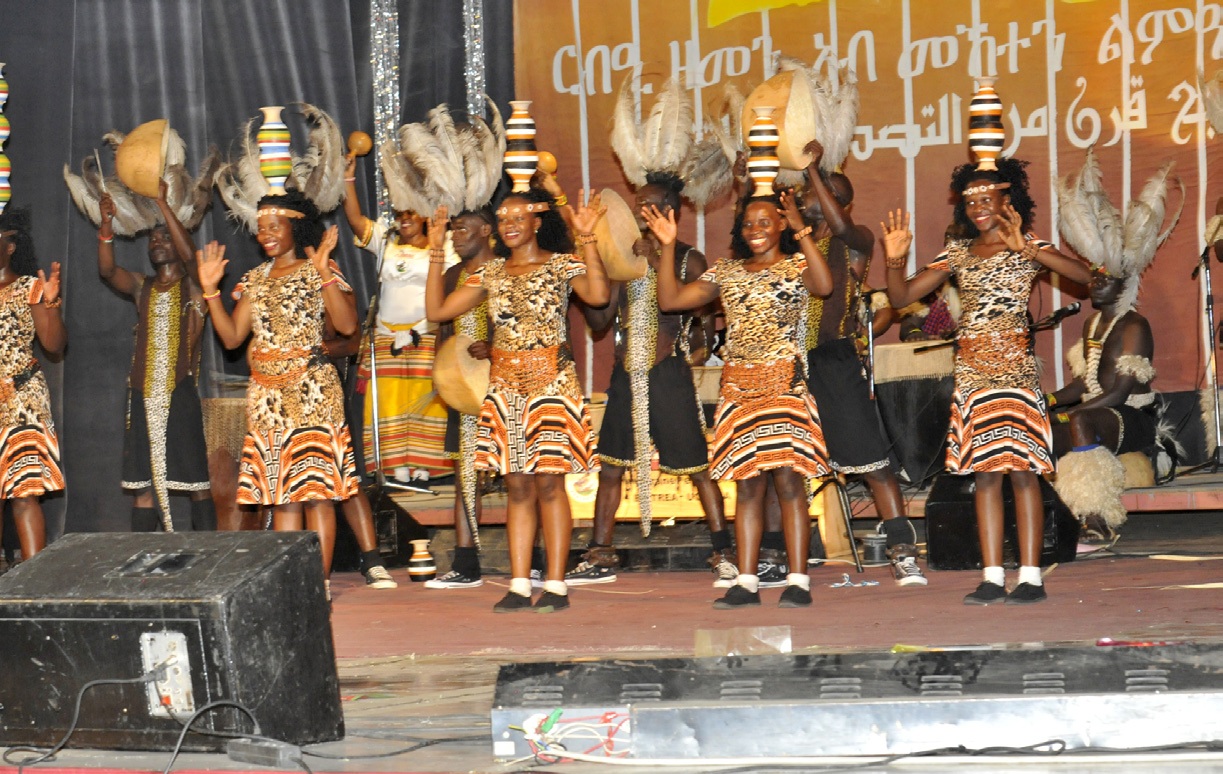 Art, humanities, literature, music, painting, philosophy, performing arts… all these words are combined into one: culture. The customs, the social settings are in constant move throughout history and even more in the era of interconnectedness. While cultural mainstream tries to impose its values and cultural codes, Eritrea manages to keep intact its culture by passing the torch to the younger generation. Anyone in Eritrea throughout this month-long of celebration of the silver jubilee anniversary cannot be indifferent to the amount of activities and involvement of all layers of society in all programs.
This month, we are not solely celebrating Eritrea’s independence, but also strengthening or reaffirming our cultural diplomatic resilience. Hence, let’s have a glimpse on the strength of cultural diplomacy and its benefits for Eritrea in broader sense.

To start with, what do we mean by cultural diplomacy? Here we have put together the words culture and diplomacy, does the former goes with the latter?

Cultural Diplomacy may best be described as a course of actions, which are based on and utilize the exchange of ideas, values, traditions and other aspects of culture or identity, whether to strengthen relationships, enhance socio-cultural cooperation, promote national interests and beyond; Cultural diplomacy can be practiced by either the public sector, private sector or civil society (ICD Berlin 2012).

Indeed, throughout history, artists, tourists, travelers, diaspora groups were perceived as informal ambassadors by sharing their cultural heritage with others, unconsciously, it becomes a tool for dialogue, to build relations based on mutual respect and tolerance towards one’s cultural differences.

Globalization brought cultures into closer contact and, thus far, is a soft power tool in diplomacy and world affairs. In today’s world, culture has become one of the most powerful tool in bringing different people and governments together. With the ease to communicate due to the massive expansion of information technology, using cultural diplomacy is predominant in fostering peace and stability.

Understanding one another is key. Eritrea knows it best. Throughout its history and struggle for liberation, Eritrea used cultural events such as songs, dances and poetries to express cultural heritage and, more importantly, cultural exchange is voicing of Eritrea’s struggle for independence. As a matter of fact, during the armed struggle, Eritreans living in the Diaspora were highly efficient in such setting. Bologna Festival throughout the 1980s until 1991 was the platform of cultural diplomacy. By inviting artists, organizing drama performance, art exhibitions as well as seminars, Eritreans and friends of Eritrea gathered each summer into one city. It was the place to promote Eritrea’s cause; many non-Eritreans would join the festival.

In Eritrea also, movement for liberation included cultural troupe of tegadelti and was seen as a predominant actor in firstly, spreading consciousness through songs and other art performances, secondly, bringing civilians as well as freedom fighters under one umbrella and thirdly, to keep the momentum and the spirit of camaraderie, love and unity among Eritreans in achieving its vision of an independent Eritrea.

Surely, at independence, promoting the culture in bringing the people together as well as promoting the image of Eritrea continued to be the task of the last 25 years.

This year’s celebration of Eritrea Silver Jubilee Anniversary will certainly stay engraved in everyone’s’ memory. This year’s carnival compiled all segments of Eritrean history as well

as the 25 years of achievements through symbolic artwork as well as songs and dances. Passing by the arrival of tegadelti in the reminiscence of 1991 makes one emotional, the National Union of Eritrean Women active roles during the armed struggle as well as its resilience at independence at home and in the diaspora was demonstrated, the resilience and development of the people in terms of food security, health care, education were also portrayed by the youth also showing Eritrea’s vision of self-reliance and as holding the torch towards prosperity.

Monday evening, the 23rd, the Independence Avenue was packed of children, youth and less young all gathered together at the symbolic avenue defining Eritrea’s culture at its best. While performers from different parts of the world entertained dwellers, foreign visitors are amazed by the harmony despite the huge amount of people on the streets. At midnight, fireworks started and lasted for 25 minutes, everyone rushed to get their mobile phone and record the moment, smiles, laughs, greetings make the avenue a place of joy.

In today’s Eritrea, culture continues to be the backbone of the society. By ensuring the equal representation of all traditions, languages, religions, the country manages to keep a great sense of social harmony. This continuing work in ensuring peace and stability is also used by many at international level. To strengthen this, Eritrea encourages cultural sharing every year by bringing guests preformerece from abroad as well as working in partnership with foreign missions to Eritrea in organizing cultural events.
Eritrea is using its cultural diplomacy strength through the month of May with great gesture by including all layers of the society together and, more importantly, by inviting a great amount of artists from all over the world passing by China, Uganda, Chile, Venezuela, South Africa, Sudan, Turkey, Germany and the United States among many others.
With more than 180 artists coming from all over the world and joining local artists to make this year’s independence day unique was also a success in terms of cultural diplomacy for Eritrea. The venues at Cinema Roma, Cinema Asmara, open-air concerts at City Park among others, were all packed by curious dwellers, tourists and members of the expat community.

All diplomatic missions in Eritrea took ownership in this tremendous task. The German Embassy gave a hand in bringing German artists such as the famous Leipzig Orchestra for the second time, the Egyptian Embassy and its folk art troupe, Elarish, who made great artistic metaphor on representing Eritrea saying “Eritra zen, Eritra zen, Sha’ab Eritra zen and only by coming here you will witness the reality, a country of peace and harmony”. Mr. Tom from the Atlanta Hornes, a jazz band, also expressed how his band are the “ambassadors of positiveness” and will stress how peaceful Eritrea is once they return home.

Clearly, since the liberation struggle until today, Eritrea through its multiple cultural events, such as the Sawa festival, independence day festivities and also festival abroad; has understood the strength of cultural diplomacy particularly with the rise of cross-cultural communication and the need to cooperate regardless of cultural differences in terms of religions, values and beliefs. To strengthen this, the Afro American jazz band, the Atlanta Horns, explained how, back in the U.S., another group was supposed to take part and as soon as they saw the State Department advice on Eritrea as being at high security risks zone, they postponed their trip. “The other band went to Brussels… Well, actually Eritrea is so peaceful and we will surely share our positive thoughts about Eritrea upon our return…” The Ugandan artist also stressed how the harmony and the love of the country is what makes Eritrea so unique in Africa.

As Dinh (1987) explained in his article titled Communication and Diplomacy in a Changing World: “communication is to diplomacy as blood is to the human body”. Hence, to enable a great communication, a diplomat is a person able to understand cultural differences, norms and values. Thus, Eritrea through its promotion of culture and experience sharing as well as its multiple ‘informal ambassadors’ is clearly showing its influence and will continue to nurture it as part of its development strategy.

Without a doubt, the next 25 years will await many challenging tasks to overcome for Eritrea, one of them being: nation branding in a world where Eritrea continues to be portrayed negatively. Thus, changing the course of affairs by putting greater effort in cultural diplomacy will allow Eritrea to influence the global public opinion.
This soft power tool as Prof. Joseph S. Nye explained: The ability to persuade through culture, values and ideas, as opposed to ‘hard power’, which conquers or coerces through military might.

In other words, cultural diplomacy should not be seen as secondary in diplomacy but rather as an important soft power instrument.