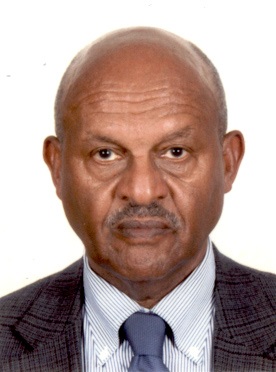 In Parts I& II we made brief reviews of Eritrea’s development policy, and socio-economic progress, respectively, during the past twenty five years. In Part III we summarize the challenges that Eritrea encounters, and the outlook for the mid to long-term.

Like most economies – developing and developed – Eritrea faces potential challenges that impede development and affect livelihood. These include exogenous factors such as drought, climate change and seismic movements. If persistent, such hazards can disrupt economic activity including agriculture, and may slow down growth and development. Eritrea is not immune to such challenges. Its location in a fragile region makes it especially susceptible to such hazards and disasters. However, the focus of this review is economic, financial, and political challenges that impede development. The following are among the main challenges:

1. Continued Occupation of Eritrean Sovereign Territory and a Climate of “no-peace, no war”

The Algiers Agreement (2000) ending the armed conflict between Eritrea and Ethiopia stipulated a final and binding decision to be handed by an Eritrea Ethiopia Boundary Commission (EEBC). Subsequently, the EEBC rendered its ruling and declared Badme – the flash point – Eritrean sovereign territory, thus requiring Ethiopia to withdraw its forces. Ethiopia has reneged on the agreement and continues to occupy sovereign Eritrean territory. The resultant environment of continuous tension and Ethiopia’s belligerence has a negative impact on Eritrea’s development efforts. In short, it has required diversion of some human and fiscal resources to defence and national security, and delayed normalization of relationships among the residents of the region. The tensions and uncertainties created by this state of affairs constitute development and security risk. They are also a detriment to the betterment of the livelihood of residents of the area, as well as an obstacle to the promotion of peace in the region.

In December 2009, the United Nations Security Council Resolution 1907 imposed an arms embargo and sanctions on Eritrea. The justifications were alleged support for Somalia’s Al-Shabaab and Eritrea’s dispute with neighbouring Djibouti. In July 2012, the UN’s Monitoring Group on Somalia and Eritrea (UNSEMG) reported that it had found no evidence of direct Eritrean support for Al-Shebaab. Furthermore, Eritrea and Djibouti had begun the process of mediation under the auspices of the State of Qatar for a peaceful resolution of their differences. Based on these developments, in October 2015 China’s representative at the Security Council, Mr Yong Zhao, stated that “The Council should adjust its sanctions with a view to eventually lifting them”. The Council made no adjustments as proposed. Instead, it voted to extend the mandate of the UNSEMG until 15 December 2016.

The sanctions have been and continue to be a detriment to Eritrea’s efforts to eradicate poverty and trigger sustainable development. Furthermore, Eritrea’s adversaries have usurped the letter and spirit of the Council Resolutions by applying additional restrictions and tactics that make it difficult for Eritrea to pursue its agenda of development. They actively pursue prevention of remittances by Diaspora Eritreans; though without much success, they push to apply cumbersome inspections that hinder trade and shipping of goods and services to and from Eritrea; and they make bank transfers and settlements difficult by harassing and jawboning correspondent banks in different countries. In summary, the sanctions and the attendant but illegal restrictions and harassments have restricted Eritrea’s fiscal and financial space, and made development more challenging.

In spite of the formidable challenges that have been summarized above, Eritrea’s prospects for sustainable growth and development are bright. The following are among the main sources and drivers of growth: Human capital, modernized agriculture, strategic investments in infrastructure, exploitation of valuable natural resources, and tourism.
In the history of successful economies, human capital input has been the driver of growth and development. Witness the economic, socio-cultural, and technological progress that has been recorded by all the advanced countries in the Americas, Europe and Asia. In those countries, the most growth and development is attributed to human capital and organization. Eritrea is fully cognizant of this historical phenomenon and has banked, as it should, on human resource development. The substantial investments that are being made in basic education, higher education, healthcare, women’s empowerment, and youth training are investments the returns of which will be not only invaluable but will accelerate over time.

Secondly,increased agricultural productivity plays a significant role in eradicating poverty and improving the livelihood of all Eritreans. The government’s strategy to assure food security is two-pronged: reducing dependence on rain-fed agriculture, and modernizing the agricultural sector to increase productivity. As indicated in Part II of this series, numerous dams and ponds with substantial capacity have been constructed in different parts of the country. Once the distribution infrastructure is put in place, water will be available in greater quantities both for irrigation and household consumption. This is the beginning of reducing dependence on erratic rainfall and minimizing the negative effects of recurrent drought. Additionally, the Ministry of Agriculture has on-going programs aimed at assisting farmers to increase productivity and output. They include water harvesting, increasing arable land, introducing better seeds, applying more efficient farming techniques, containing soil erosion, applying environment and health friendly fertilizers and pesticides, and promoting household income supplementing packages. As well, the College of Agriculture at Hamelmalo regularly provides expert consultations to farmers throughout the country.

Parallel to the efforts in human capital formation and modernization of agriculture are critical and strategic investments that are being made continuously in the fields of transportation and communications, energy and water harvesting. The development of critical masses of basic infrastructure in the above areas is a necessary condition for the viability of both public and private investments. A great deal more needs to be accomplished in all of these sectors and the investment requirements are substantial. However, a threshold size necessary to trigger sustainable development is now in place.
Another sector that promises to contribute significantly to growth and development is tourism. Eritrea possesses varied and desirable climatic conditions, marine resources and pristine waters, rich flora and fauna, strategic location and spectacular topography, rich history and culture that promise to make Eritrea a destination of choice for tourists. The harmony among its different nationalities and cultural groups, and the peaceful, hospitable and secure environment that have become synonymous with Eritrea are invaluable assets of tourism.

Last but not least, exploitation of mineral resources will contribute significantly to growth and development. It is common knowledge that Eritrea is endowed with known and substantial deposits of minerals including gold, silver, zinc, copper, magnesium and potash. The country also has varied sources of renewable and clean energy. To facilitate proper exploitation of these resources, the government is investing in training programs, construction of roads, port facilities, and other infrastructure appropriate for mining. Recent exploitation of some of the above mentioned minerals indicates that both Eritrea and its mining partners (foreign direct investors) stand to benefit enormously over a long period of time.

True, Eritrea has joined the ranks of natural resource producers. The exploitation of valuable mineral resources offers tremendous opportunities as well as risks. Revenues from mining have the potential to accelerate development, eradicate poverty, and bring about prosperity to the nation. This is desirable and welcome. The risks, however, are equally significant. Heavy dependence on natural resource exploitation can lead to neglect of other important sectors including agriculture, manufacturing, and tourism; it can lead to environmental destruction and creation of health hazards; it can inhibit creativity and diversification of the sources of national income; and commodity price and revenue fluctuations can result in budgetary difficulties and recessions. Furthermore, natural resources are exhaustible and, therefore, they can be a source of disappointment to those who depend on them heavily. This is why mineral resources should be exploited judiciously while a continuous focus is maintained on human resource development, technological enhancement, and innovation. In conclusion, Eritrea’s future is bright not because of climatic and geopolitical advantages or discovery of substantial mineral deposits but because of its focus on other significant sources of growth including human capital development.