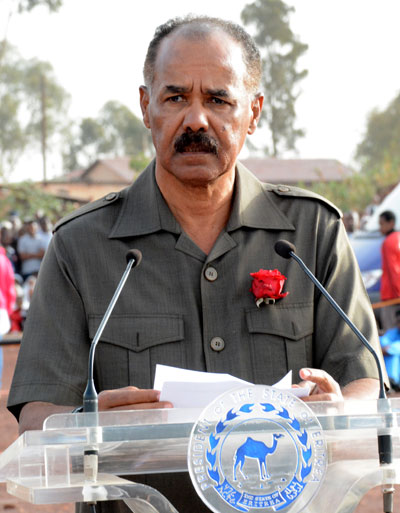 The commemorative event at national level was conducted at Martyrs Cemetery here in the capital in the presence of President Isaias Afwerki, Ministers, senior PFDJ officials, Army Commanders, religious leaders, members of the diplomatic corps and thousands of citizens.

In a speech he delivered on the occasion, the President pointed out this year’s commemoration of Martyrs Day is exceptional not only for solemn the preparations made by the Eritrean people at home and abroad but also amid the open aggression perpetrated by the TPLF regime against the homeland.

Notwithstanding the motive of the aggression, the armed attack will further cement the denotation and honor of the martyrs, the President underlined. “We pay tribute to our exemplary 18 heroes who followed in the steps of their predecessors, kept high the banner of our Martyrs and sacrificed their lives in the attack launched last Sunday,” the President added.

The participants of the commemoration on their part said that the nation’s martyrs would be honored when every citizen and especially the youth further enhance their commitments to fulfill the trust of our martyrs and safeguard the national sovereignty that was realized with monotonous human and material sacrifice.

The commemorative event was highlighted artistic performances depicting the glorious legacy of the Martyrs and the steadfastness of the entire Eritrean people.