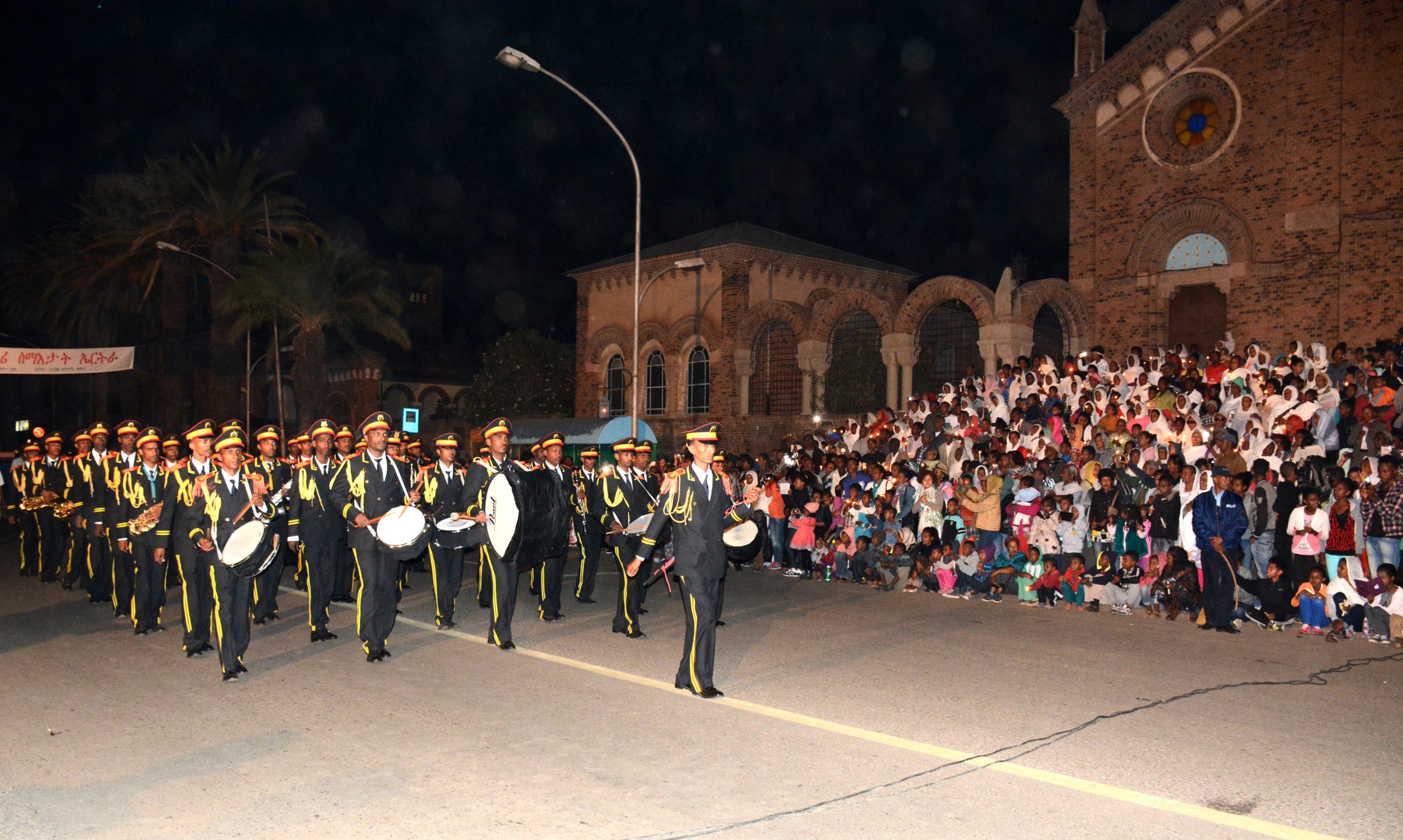 Eritrean nationals residing inside the country and abroad have conducted candle vigil in connection with Martyrs Day.

Asmara, 20 June 2016- Eritrean nationals residing inside the country and abroad have conducted candle vigil in connection with Martyrs Day.

Addressing the gathering at Bahti Meskerem Square here in the capital on the 19th of June in which Government and PFDJ officials as well as thousands of Asmara residents took part, the Governor of the Central region, Maj. Gen. Ramadan Osman Aweliai underlined that independence was realized with the heavy sacrifice on part of the Eritrean people. He also called for preserving unity and further enhancing popular participation in the national development drive and safeguarding the national sovereignty.

The participants of the candle vigil said they take part in remembering their martyrs in such an impressive manner and voiced resolve to live up to expectation as regards supporting martyrs families.

A number of artistic works were staged on the occasion highlighting the significance of Martyrs Day.