A Sacrifice for Life of All! 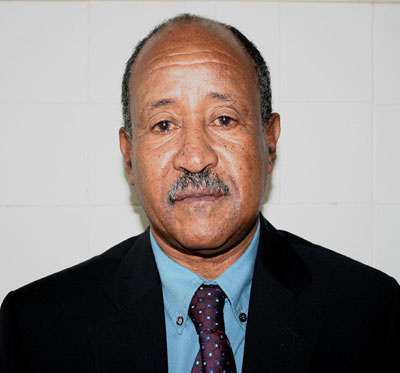 The struggle for freedom was indeed a great deal of sacrificing valiant young patriots who were visionaries and powerful minded, who could have contributed more after liberation of the nation. Life sometimes runs contrary to how things are supposed to be, but the fact that we might not even gain anything regardless its size and quality had we not sacrificed what is valuable in our lives.

To this our veterans devoted too much of their lives to bring our nation a light from the long storm of harsh colonialism. The idea of handing Eritrea to the benefit of the colonizing regimes and the coldblooded Derg military juntas an unorganized agenda of dismantling Eritrea from the base of its existence was meant to have unreturned free access to the Red Sea for the aggressors. Our martyrs saw the need for an independent Eritrea and what it meant to get it, they tasted and felt the freedom of liberation without seeing it, but most of all assumed that if they were caught by the first bullet in the field, their other peers might get greater chance of seeing the glory of liberty.

A sacrifice of your life for your partner to live! It was not a difficult intention to hold, back then. Because every patriot was ready to give up their life for the sake of their partner to continue the battle against unjustified war of expansion and brutal barbaric mental exploitation. “Sacrifice”, for Eritreans is a very noble standard with noble ends like freedom and absolute independence of identity and nation. The outcome of all the endeavour comes to be a liberation day and the creation of a sovereign and secured nation Eritrea. What was once a vision of an undefined occurrence had finally become a reality. The bloodshed of our martyrs and their aim to free Eritrea and save the historic identity was not a bargaining ship for both our patriots late and alive. Taking into consideration the battle of “Ghinda”, many patriots of the frontline had to sacrifice their lives fighting to liberate the city by walking through the enemy’s bomb barricades, to open the gates through the mountains for their units to continue the battle.

Defining what sacrifice had meant for fellow veterans back in the battle field with simple words is not an easy task. For it meant more than just giving up their life to defend the

nation’s salvation. It had far greater meaning, it was to defend the identity that had been so many times exposed to abduction by foreign colonizing political parties and claim the existence of Eritrea’s historical identity. The abduction of its identity was a strategy meant to collide and join Eritreans with other ethnicities and slowly disintegrate them out of their own historic background. Fighting to save the identity and create their own history despite the history of annexation they faced for long was their vision of every martyr, it was a massive vote of ‘NO’ to suppression and conquest.

Even after liberation freedom fighters carried on the responsibility of rebuilding their home nation and beware against alerts of further disputes. The feeling of readiness to defend the nation remains a permanent foundation in every patriot’s mind pre and post-independence. Some freedom fighters I happen to meet explained to me if we went back to the armed struggle to see the rate of readiness to sacrifice was more than salvation, it was simply providing a partner a chance to see tomorrow and just continuing to fight, literally to proceed where the others have left off.

Here is another candle to light for the commemoration of a freedom fighter who is remembered by his partners back in the fields. He passed away long after liberation. He is one of those who played a part in Eritrea’s development and reconstruction, contributing in the best way he knows how. This year I chose to pay a tribute to the late freedom fighter Engineer Mehreteab Tesfagerghis who was among the many gallant heroes and heroine martyrs.

Mehreteab Tesfagergis was a veteran, a freedom fighter who had joined the EPLF in 1976 and set his feet until 1991 day of emancipation. He was one of those who created the radio of the Masses “Demsi Hafash” in 1979 in the liberated zone of “Fa’h” Sahel. In fact he was a Technical creator and innovator who developed the transmission capacity of the radio station and its studios until it was able to successfully reach and clearly cover almost all neighbouring countries and beyond, during the armed struggle.

After liberation, the Department of Information came to Asmara from the mountains of “Hager Nish”, where it was based during the liberation struggle. Almost after three years an idea of building a new premises for the Ministry of Information was enacted to be on the top hill of “Forto”, where it is currently located.

By that time new big radio transmitters were brought and television broadcasting launched. So Engineer Mehreteab saw the need of implanting a higher tower to transmit from the studios over the hill of “Forto” to where the radio receivers in “Sela Daro” and “Biet Gergish” are placed in the direct line of its sight. He searched everywhere for a higher tower until he came to find one placed and used by the “Kagnew station”, a residential camp in Asmara after liberation, which was a former camp base for American soldiers in the time of Hailesilasie Administration. It was called ‘Track B’ tower, the Engineer then dismantled it and reinstalled it on the official base of the Ministry at Forto. Ever since, it has been doing perfect performance in transmission and connecting flows of radio and television broadcasting from the studios at the Ministry of information to the above mentioned towns.

Beyond becoming available worldwide it has a frequency of its own in international cables of Arab Sat and Nile Sat. One of his colleagues told me, “when I look at the tower lit in red and yellow at the top of the hill I always remember my veteran colleague innovator Engineer Mehreteab.”

On the other hand that was not the only achievement he had accomplished. Engineer Mehreteab Tesfagerghis put a great impact in developing and enhancing the Eritrean Telecommunication (Eritel). His devotion and the devotion of many others like him have brought many things to light and growth.

People like Engineer Mehreteab sacrificed the blossoming years of their teenage lives for the sake of national prosperity and lived to add to it afterwards with great dedication. When it came to sacrifice for freedom and the grace of a nation, they even continued sacrificing to create a far brighter future for young generations like mine and the next ones. For they will always be the generation that planted pride, determination and resilience in the heart of every Eritrean, as so their history will remain to prosper far into the future.

Everlasting glory to our martyrs!!!

Message from the Ministry of Agriculture

Donations to families of Martyrs