The Humor behind the Human Anatomy 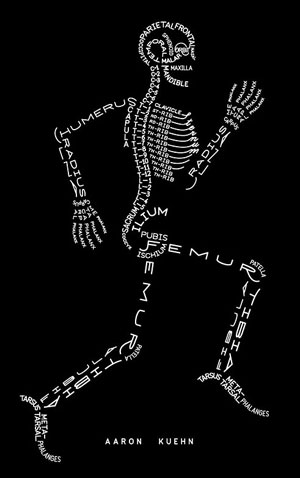 The Greeks believed that the world was made of fire, air, water and earth. The Chinese added wood to the repertoire. These were again projected to the human anatomy and gave rise to the four cardinal humors of blood, phlegm, yellow bile and black bile. More phlegm in the blood and you smile as you watch your friend drowning; more red bile and you feel like flogging your wife; more blood and you better take a valium and go to bed.

In addition, the Greeks believed that the brain was for purifying blood, while the heart was there to think and contemplate. Speaking about bile, Eritreans believe that the coward lacks bile or gall bladder. And in case he or she has one, it is quickly emptied during great fight and trepidation. Only those with full bile can go on fighting till the end because they have bile tightly sealed inside the gall bladder.

In Eritrean tradition (in particular in the highland), as regards the body organs, the stomach (misnamed Kebdi which means liver) is given top priority. It is commonly considered to be a vast ocean containing all kinds of big and small beasts in its depth, with an extra job of accumulating thoughts considered too unsettling to remain in the brain or in the heart for a long time.

Besides, our fears and apprehensions while coming from the brain are believed to reside in the stomach making it to tremble along with the intestines at the slightest hint of war or violence. That’s why in Tigrigna parlance we say that one should put a big stone in his belly to make it steady.

Besides, according to some backward tradition mingled with superstition. The stomach is inhabited by lizards, beetles and even pythons. Prove it! Okay.

“Once I had a terrible stomach pain.” says my friend. And he went to see a traditional doctor who told him to take concoction of herbs whose origin is only known to the healer.

“And then what happened?” I asked my friend with impatience.

“My bowels began to move,” he continued. “So I went to the toilet for a call of nature, and you know what came out along with my stool?”

“A live lizard!” The one that kept gnawing at my intestines and which gave me so much pain,” he concluded.

According to him, the larger the reptile the fiercer the pain. By the way, do you suffer from acute backache? Yes? Then make sure is it not gebel (Python) writhing among your entrails.

Another friend of mine told me that he vomited a live beetle after consulting a traditional doctor who made him drink some potion.

“And you were cured of your ailments?” I asked sarcastically.

“What are you talking about?” he said. “Not only cure, but the Lord, in his infinite mercy, ordered the stinking beetle to leave me alone.”

In Traditional Eritrea, the heart which is hardly known for pumping blood has the agility to go up and down in certain cases. In a moment of weakness (probable low blood pressure) it slides down the entrails, and in moments of depression and mental torture, it simply hangs like a pendulum. One has to take cold water to bring it back to its right position. Sometimes the heart explodes inside our chest when it has been left to grow fatter and fatter, following overeating and too much rest. So don’t eat too much and watch your weight.

The bone which is considered heavier than flesh can be strengthened by eating honey. There is a strong believe in our society that a broken bone can be healed or mended by simply eating a lot of honey.

Now, let’s see what our tradition has to say about blood. This red fluid flows in our veins with a speed which varies depending on what we eat and what we do. If you stay put for a long time, the blood may screech to a halt and so will your heart. To make the red fluid run wild and keep you alive, you have to keep moving and take a small amount of alcoholic drink from time to time. But sometimes the blood becomes tainted and causes various ailments. In such case it has to go, albeit in small quantities. The process of getting rid of this unwanted blood in your system is known by the name Mahgoma (Bleeding).
“After Mahgoma, a black blood left my body,” says another acquaintance.

“The cause of my suffering.” He sighed.

The liver however is made mention of only when it is affected through too much drinking. According to drunkards worldwide, the liver is there to give them hard time when drinking.

It is sort of a killjoy.

“What is the cause of his death?” I once asked a friend referring to a neighbor who had previously died in a hospital following a case of cirrhosis.

“Didn’t you hear that he vomited his liver before he died?” he sighed.

“What do you mean he vomited his liver,” I said surprised at this weird explanation. He went on to explain that the liver turned into a puree by absorbing too much alcohol and for too long a time, and that’s what he vomited out before he expired, he concluded.

The intestines, like the stomach may harbor all kinds of evil tiny beast intent on snuffing out our lives before the appointed time. Fortunately, thanks to berbere (red pepper), these treacherous animalcules have no chance. Some people even claim to live without any sort of intestinal infection thanks to berbere. But the problem with our intestines is that it is so long and is coiled many times over, that sometimes it ties itself into a knot and that’s when we have to go to the hospital for ‘disentanglement’.

In our tradition, the lungs are for breathing which keeps us also alive and able to talk and climb mountains. When we die, the life that had been blown into our nostrils by our Maker in the Garden of Eden leaves the lungs for good and ascends to heaven.

“Scientists have tried to catch the escaping breath of life in a flask,” says an idiotic friend, “But they failed hopelessly.”

As for the kidney or pancreas, they are there for unknown purposes know only to God. And the reason for their sudden failing remains a mystery.

But the limbs are considered the most important parts of the human body in our tradition, especially among the rural population. For the peasants, death is preferable to losing a limb. Just imagine doing all the farm and field work ( such as plowing, sowing, weeding, winnowing and harvesting not to mention tending cattle and selling one’s products in the market) with one leg or one arm missing.

The internal organs are left to the kind and wise care of God, and in certain cases to the care of the dubious traditional doctor and his herbs. But the limbs are, as much as possible to be taken care of by their owner, for there is no medicine, in our tradition, for a missing leg or a shriveled arm

A Glimpse to the Upcoming ICES 2016