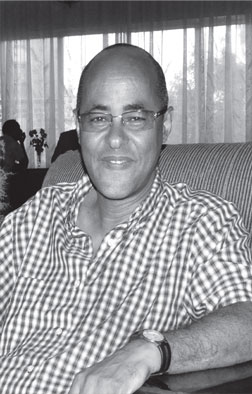 Issayas Tesfamariam is an Eritrean residing in the US and amongst the many interesting activities that he does, he has a blog, kemey.blogspot.com, which happens to have attracted countless of readers, who are fond and interested in traits particular to Eritrea. His quality writings send back their roots back in time. He highly believes that long standing ancient documents of the past should not neglected, but, “de-shelved” as he says in his own coined word. On today’s Q&A I give you Issayas Tesfamariam.

“Most of Eritrea’s development projects such as roads, dams, schools, hospitals etc. are visible, quantifiable and measurable. … The archives (public and private) which are the center of Eritrea’s collective memory and the primary source of information, could contribute to Eritrea’s National Development Project… and be visible, quantifiable and measurable”
Issayas Tesfamariam, Stanford University.

My name is Issayas Tesfamariam, I live in San José, California and I work at Stanford University. I first studied film in graduate degree and then Asia Pacific studies.

The blog is just an exhibition of some of the stuff that I have been collecting. A lot of people ask me to turn it into website, as a blog is by default framed, as such does not allow much space for things to be maneuvered.

When I talk about soft power and stuff like that, the idea, is that a lot of people think that Eritrea is new. And us too: we do keep saying that Eritrea is new; but that is wrong. Eritrea might be new periodically speaking but it has an old culture that goes back to centuries. So, when people hear of this new country, they easily get turned off, because they think of it as ‘the new kid in the block’. On the contrary, my archeologist friend Dr. Tsegai Medhin says that evidence supports that Eritrea is as old as humanity.

But generally speaking, the idea that is behind what I write, is that the culture here is very old and goes way back in time. Even the struggle for independence itself, has its routes to this ancient Eritrean culture that I talk about; it is actually the back bone to the common costumes manifested during the Eritrean struggle for independence such as the habit of working together, the laws and more.

So in order to do so, I believe, we essentially need to do go back in history and look for ways forward.

I can come up with a simple example: the case of ‘Habesha’. If something is written under that name we should rightfully use it as reference point as cultural marker, but we should NOT use it to identify ourselves. Who is habesha? Because it does not apply to all Eritreans; Eritreans did not fight to be called habesha.

Since culture is very, very important; my idea and my plans, is that of using our culture the same way we used for the Eritrean revolution, and therefore, to apply it and change it to economic power.

As such, the role of the diaspora is very important as we have many talented people living in that I believe can help greatly.

Currently speaking, our potential for soft power is like driving a Maserati in two miles an hour or having a Maserati with no wheels. So what I am trying to do is look for ways on

how we put the wheels on, and start the engine of the power house human potential we have.

Before at a certain point in time, the number of professionals and the kinds of their professionalism was limited, on the contrary now we have elite professional Eritrean women and men almost everywhere. We have international models, lawyers, museum designers, entertainment lawyers, producers, fashion people and more.

Several of them they came here and they just leave without manifesting their professionalism to its best, because they don’t exactly know what to do. Therefore at the moment we’re trying to set a mechanism to invest all of potential we’re talking about and turn in to economic power. We ask what the government should do to encourage such undertakings and more.

Consequently when we think of doing so, we consider of not limiting our attention in one sector but in several packages; like for example in tourism, we think of medical tourism, snorkelling, bird watching, hiking etc. Generally speaking, we aim to have a common understanding on how to present ourselves to the rest of the world.

For instance, sport division is doing super good at the moment, with cycling doing so great that Eritrean riders are making it all the way to top international teams and now it is finally time for us to do the same for our movies, history and culture.

This is where the diaspora contribution becomes vital. All in all the chemistry is all about empowering human power: young people especially, so that we can have creativity particular to the youth.

For a long time. Indigenous production of knowledge, I think that geex should be offered in universities.

‘Got Eritrea? Smart power, the Eritrean Diaspora and Lessons from the Asia Pacific Countries’ is the first; and it is practically a research paper on the things I talked about previously, on how to involve Eri Diaspora to the National Development drive.

And the second is the role of archives. Achieves are important for development, it is just not a place where you dump records. How do we make those records live? That is the main question, and to do so, we need to look into previous researches. In few words it is about making archives not a dead place.

This country is an ancient country and it is an archeological heaven. When I tell my students about Eritrea, they get surprised, because they think that Eritrea just popped out of nowhere. But then again, it is ironic how Eritrea and its people have had a certain structure since the begging of time. Fighting against Ethiopian hegemony, is thus one aspect of it, then the other aspect we were fighting simultaneously is the image of Ethiopia coming out as an older country and Eritrea as an appendix and new nuisance. Such notions should need to be cleared out from the deep inside!

Eritrea is an entity that is as old as humanity itself, and now is about time we start talking about it and work for our advancement.