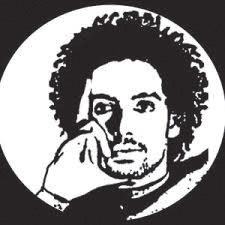 Ambessa Jir Berhe is a writer and director to independent films, he is also an assistant professor at the Howard University in Washington DC.

He was here in Asmara for the past couple of months conducting a workshop to Eritrean film artists on what he refers to as ‘cinematic language’. On the occasion of the ending ceremony, the partakers presented four stunning short films using the ingredients imparted during the workshop.

Ambessa Jir Berhe does not speak much, but he spoke with me, so don’t let this one slip off!

I was born in Asmara, grew up in Medefera and then moved to Ethiopia. Shortly after, I returned to Eritrea. So I studied both in Eritrea and Ethiopia, and then in the US.

You can say that. I always wanted to do arts, and of course once I started, I never wanted to stop. I started writing since a very young age; I was part of the earliest group of youth writers-trainees in Eritrea.

Similarly, back in my days, there were courses on script writing that I joined. There, I met people of my age, I was seventeen at the time, whom were as interested and enthusiastic as myself. We took classes on short story writing, poetry, and script writing.

We had a great experience learning together, so much so, that afterwards we decided to make a group that would go on even after the courses ended. We gathered and shared knowledge and ideas. I stayed with them for around two years. Many members of that group are today very famous writers.

When I was living here in Eritrea, I used to write in Tigrigna and I was just a beginner in that sort of art. With the group that I told you about, we worked together in different areas, so I had somewhat little ideas outside of writing.

Afterwards, when I moved to the US, I could not keep on writing as I used to in Tigrigna. I had to switch because English, at that time, was not a language through which I could deliver a whole novel or something of the sort.

Therefore, I studied film and tuned my college trajectory to film making, and here I am!

It was a lot easier and strategic for me to learn the film language and communicate through films. Film does not have a fixed language aimed at a restricted group of people. In film making, we talk about international language, a big net of communication.

Furthermore, I found film to be owning everything that I wanted to do: writing, photography, cinema, visual, music, audio and so on. But mainly, through film, I could communicate with more people than through literature, which has a specific amount of audience.

I am a writer and film director: I write for the independent films that I do. It is nothing like a Hollywood Movie Industry; for Hollywood films, you go to LA or New York, I stayed in DC where I went to school at Howard University and I am currently based at.

The difference between Hollywood films and independent ones is that independent films tend to work outside of the box, outside of the circle, so they get a lot of funding from many places and normally raise important issues on crucial political, ideological matters. They are feature films that tell stories of people that are marginalized; they are very important and extremely educational.

Which is exactly why I got in to independent films in the first place, I choose to narrate my own stories from my own point of view.

I started working as a crew, editor and cinematographer and so on until I got to direct one. I was able to work because I studied all departments. So, although I am a writer and director I did a bit of everything.

I started as crew member and at the same time I was teaching part time at two Art schools; which helped me a lot because if I had to teach I had to know, and to know I had to study while teaching, and to study I had to work. So all in all I have a much interconnected early experience of the work.

I always wanted to come back to Eritrea, it is just that I was in a  different stage of experiencing the work. I was trying to, I mean I had the skill and education to come a bit earlier, but in a way it was not just the right time for me to come back. I did not have clear answers to whatever I could help with.

Skill wise. What I mean is that I did go through what local young artists are going through, be it economical or skill issue they are dealing with, I already passed that. So now I can confidently say: “hey, if there is a problem, here is how I got through it”. Therefore basically with the workshop, I am transporting my experiences that I gained in the past years, working in the field.

I can easily tell, from the students with whom I got to work with, that they have immense knowledge collected from different angles, and hence, they own multi-faceted skills.

Therefore, my focus during the workshop was about standards: a study on how to be able to produce films that are accepted on international stage, be it films festivals or whatever, and some sort of a practical assessment on how to focus on quality first and then move on to the story.

I believe that we have to be standard oriented when talking in a cinematic language. Now, I am not talking about money; one can make big impacts with, to exaggerate, cellphone recording. It really does not matter, the problem comes when and if as a professional you’re oblivious of the cinematic language.

There are amazing editors and film makers here but; how do we improve our films? How do we standardize them? What is the cinematic language that we are using and which one should we be using? Those are the questions that I discussed with the students at the workshop. Once we get to that stage, then we could talk about exporting our stories, culture and more to the rest of the world.

Because, for me personally, I want to take my stories as far as possible and I also want them to be understood by everyone internationally, I strongly believe that a common

language should be fundamental.

I come from here, so I am like my students and they are like me, I wanted to simply share what I know of cinematic language as to reach a stage together with the talent and passion they have. Film making is all about collective effort, collaboration and assisting each other out. No one can do it alone, so if we share ideas we can make films that go far beyond our little circle.

The Workshop? Yes it was. The class hours were long so I am bit tired but I definitely had a good time. For the reason that there were many people that have rich ideas which were shared equally… And my ideas were simply additional options.

Yes, for the second and more succeeding parts of the workshop.