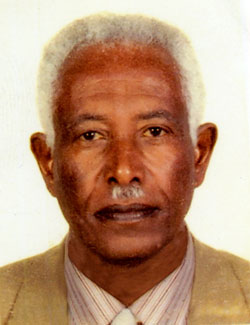 The veteran fighter Mr. Kidane Teklay passed away at the age of 62.

The veteran fighter joined the Popular Forces for the Eritrean Liberation in 1975 and served his country and people in different capacities.

The funeral service of the veteran liberation fighter will be held on Tuesday, 16 August, at the Asmara Martyrs Cemetery.

The veteran fighter is survived by his wife and 4 children.

Expressing deep sorrow over the passing away of Mr. Kidane Teklay, the Ministry Justice expressed condolences to the family members and friends.