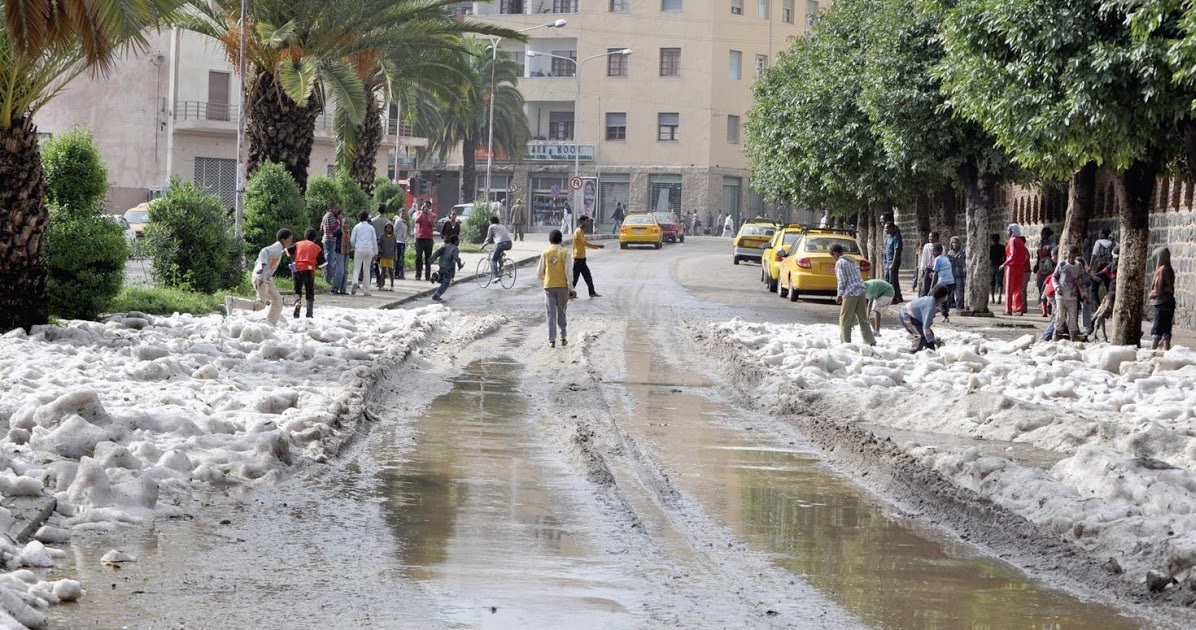 In the Horn of Africa, a drought exacerbated by El Niño has directly affected the region, leading to an increase in food insecurity and malnutrition. This post presents an update on Eritrea.

According to a recent summary report by FEWS NET (a USAID-funded initiative),

“Consistent and above-average rain over the past few weeks has led to moisture surpluses throughout much of Eastern Africa. Torrential rain is forecast to continue over western Sudan and the highlands of Ethiopia and Eritrea, likely to elevate the River Nile and Al Gash River levels further and potentially resulting in flooding over many areas of Sudan during the next week.”

Furthermore, the report notes that,

“While the abundance of seasonal rain is expected favor cropping activities over many areas of the region, frequent and above-average rain over the western Ethiopian and Eritrean Highlands also raises the Nile and Al Gash River levels and thus increases the risks for river flooding along downstream areas in Sudan. For next week, the probability for above-average precipitation remains quite high…”

As well, a late July 2016 report by the FAO and the Global Information and Early Warning System, Good Prospects for Yields of 2016 Main “Kiremti” Season Crops, details that,

“The 2016 “kiremti” rains (June to September) started on time in Debud, Anseba and Gash-Barka regions, favouring land preparation and planting operations. As shown by satellite imagery, crops and pasture in most inland areas are currently in good conditions due to abundant and well distributed precipitation.”

Encouragingly, although vegetation health in some areas in the northern Anseba and southern Gash-Barka regions has been negatively impacted by soil moisture deficits, the report also states that the, “Latest meteorological forecasts for the period from June to September 2016 indicate an increased likelihood of above normal rainfall amounts over most of the country, with expected positive effects on crop yields.”

This positive outlook is paralleled by the WFP which recently claimed that “the forecasts for the main rainfall season of July-October indicate on or above average rainfall across Sudan, Ethiopia and Eritrea.” This is significant since it should promote favourable and improved crop production and pasture resources across the country. Furthermore, the FAO and WFP’s recently published 2016/2017 El Nino Seasonal Overview, which explores the ongoing and future impact of El Nino, suggests that Eritrea will be “moderately affected.”
Additionally, on 16 August 2016, the Emergency Relief Coordinator, Stephen O’Brien, released US$50 million from the UN Central Emergency Response Fund (CERF) for severely underfunded aid operations in six neglected emergencies, including Eritrea. Specifically, the press release states, “An allocation of $2 million will support humanitarian partners in Eritrea in responding to current needs due to arid conditions and poor rains. Additionally, gaps in health care, water, sanitation and hygiene services will be addressed.”

Importantly, this will continue to support Eritrea’s broad developmental aims. Notably, the United Nations and various other international partners have had a long presence in Eritrea, collaborating with the Government and other stakeholders to work towards a variety of socio-economic and development priorities. For example, the UN operational presence in Eritrea includes the WHO, UNICEF, UNHCR, UNFPA, UNAIDS, FAO, OCHA and UNDSS, while the WFP maintains a liaison office, and non-resident UN Agencies (such as IFAD, IAEA, UNIDO, ILO, and UNEP) are also represented and work in Eritrea.

In 2015, US$ 3 million was allocated by UN CERF to support a range of development programmes (e.g. health, nutrition, etc.) in Southern Red Sea (SRS), Northern Red Sea (NRS), Debub, Gash Barka and Anseba regions. This was undertaken in close alignment and coordination with the 2013-2016 Strategic Partnership Cooperation Framework (SPCF). The SPCF, jointly signed by the UN and Eritrea, focuses on an array of programmes in the nutrition, health, food security, and water, sanitation and hygiene sectors.

As a final point, it is important to properly understand Eritrea’s “unconventional” approach to external aid. Specifically, Eritrea turns down aid when it does not fit the country’s needs or its capacity to use effectively. Eritrea does not reject external support – it actively welcomes it, but only when it complements the country’s own efforts. The Government has long encouraged aid that addresses specific needs which cannot be met internally, which is designed to minimize continued external support, and which complements and strengthens (instead of replacing) Eritrea’s own institutional capacity to implement projects. This approach is rooted in a strong desire to avoid crippling dependence and to foster a clear sense of responsibility for the country’s future among all citizens.

Unfortunately, this approach is often misunderstood (or even dismissed). Instead, the country’s determination to rely upon itself and promote independence should be encouraged, and external organizations and various potential partners should be committed to working with it on that basis.