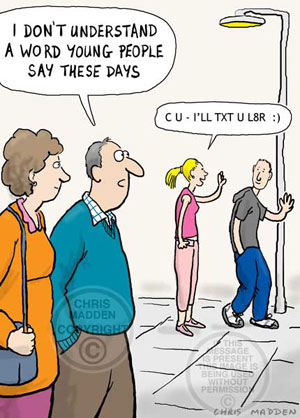 Have you ever wondered what people would have been left with if there had been no words, no sentences, no frameworks of phrases and conversations? It is hard to imagine and accept people remaining with an open mouth and non-functional muscle tongue. Human beings use their tongue as a very essential part of their life. I believe there is a very articulate saying in the Tigrinya culture in this regard which goes as, kab beal taff beal aff, roughly translated as better to have a tongue than wealth. Like the standup comedians of our days I guess. Conversing and transferring information and getting back what you want is the ultimate mode of modern humans, as contrary compared to the unfortunate animals.

Well then, the forms and dialects of peoples’ linguistics vary and depend on the settings and regions that hold and gather them all. In here, culture plays a crucial role, ultimatum and momentum to the people within it, to exercise their freedom of speech. As mentioned above, languages within their local areas also seem to vary among the people who use them locally. The pronunciations and dialects of the words within even the same language differ, when it comes to usage.

Most of the nations which are referred to as the third world hardly use their own languages; they mostly practice the language of their former colonizers. In the case of Eritrea, although it has been victim to colonization for so long, the impact of language domination is at its very lowest. Nonetheless, colonization did not leave Eritrea free from such influences. It has a crucial impact upon the people and the generations that followed. As part of a culture, language is subject to dynamism. People alarmingly mix their formal languages with other languages to form blended languages. While using ordinary languages, some informal and new words pop-up and are taken as additives to the original language.

It is not something which can be controlled but it can be analyzed as we are trying to at the moment. Back to the above sentences, I have mentioned that subjects of any colonizing regimes follow the tonality, dialect and even the original frameworks of the languages they were governed by. For instance, West African nations are recognized as French speaking nations and others follow the English language, except few, which pursue the native language. Remarkably speaking, Eritrea practice its own variety of native languages, despite being former Italian and later British colony, yet, the influence still prevails. As part of history, the Italians had their rule in Eritrea for as long as half a century; a time long enough to take over the native language. We see today that the influence of the Italian language in the old ages, the youth and even on children.

There are a bunch of words Eritreans prefer to use and have got adopted to, expressions and words such as, Andyamo, Aposto, Dirito, Mackie, Pronto, Jiro, Cinema (pronounced as Chinema), Mavai, Volata, Tempo, Cambia, all of the Italian numeric and more others are from the daily and routinely used Italian vocabularies. For instance, our boss usually appreciates our works by saying “Bello”…all of this simply tells that the language has somehow become hybrid. On the other hand, the people in the rest corners of Eritrea, with the exception of the major cities and towns, have well preserved the original colloquial expressions of the languages, while the city dwellers have the habit to mock them, when even uttering the formal and native words which are supposed to be spoken out by everybody. Through time, we learn and adapt so many ways of peoples’ way of conversing and exchanging words that suit them understand each other. But, are the trends being pursued constructive is a question which needs to be addressed. At the end of the day, language has to be a system that gathers people into a common understanding not a common confusion.

Nowadays, uncommon and adapted greetings and salutations are becoming common, barefaced and normal with people. What cannot be altered and which has come from centuries has nothing to do with our topic, what people are unintentionally redesigning the structure of the original languages is in fact scary from my way of viewing. In the Art and Literature works, we notice a vast amount of word restructuring and frameworks used by acting characters. The Movie and Music industries have also a great role in delivering a message into the public, because both lyrics and characters pass so many information people can easily give attention to, accept and usually adapt to.

We can mention the ordinary and recently introduced habit of greetings in town “Selam Dyu?”For the record, that even, is no longer functional but upgraded into Selim Dyu? (Derived from a comic drama). I insist, it is a meaningless and unproductive additive. How would a country man grasp that, if such twisting and mending of words persist? Hard to imagine! Sometimes it becomes compulsory to admit not to pass certain limits. Why not use terms such as Girm instead as responses for greetings. Local people normally use some Arabic terms beside this. Commonly heard term among those who smoke is the word Wel’a, to mean a match to light a cigarette, when the native name for it has no problem at all. The thing is all these words (some fine but majority are informal) have become adapted from nowhere one can tell, and eventually let some people down in formal times, what to do then? How would one feel to unexpectedly utter an informal word in a big conference in front of distinguished audience? When forwarding a speech in your local tone, and suddenly a word from your tongue jumps emotionally without your willingness and consent. How would that word or term be registered upon your status? Most commonly used Arabic word among the current youth is the superbly updated word Sakt that anyone would give you an answer for a meaningless person if by any chance you asked what it means. However, not quite right about the real meaning of the word, the word literally means a quite person. So and so, many words are used without awareness and according to the common understanding and people agreed to use them.

I once was surprised by the reply of a friend when I asked him about the condition of his sick grandpa. “Keriba endya”, was the instant reply, I received in return, and that roughly would mean he passed away. Two things in here: First thing, I kind of felt this person is a bit disrespecting to the old man, which is far from the Eritrean culture, and second thing his inappropriate use of word to tell the death of his grandpa. Besides, the formal words for such unfortunate incident are like Arifu endyu or to the least he could say Moytu endyu. You can see in here that the language is becoming a tool for mocking and hence being incorrectly utilized among its speakers and the originals are left unrecognized and forgotten for a while. What I termed as “Smart Linguistic”, at the moment, is crippling over the main towns and somehow overtaking the tradition and the language and habit of good sayings. Calling a country man or a foreigner “Nay Hmamey”, would definitely seem an insult to him and same time he would feel isolated or harassed when people in town chit chat with such languages they have adopted for themselves only. It is just not right! A typical comedy drama entitled KASALAYO, clearly shows the misunderstandings, created between some of the characters who have been acting as two town young fellows and a shoe maker who claims to know only the formal language. I bet you are aware what I am talking about.

Another perspective which should not be offended but should be given the chance of enhancing or upgrading is the language of citizens residing abroad and occasionally visit their homeland. Their tone of voice and word usage to the local language (for instance Tigrigna speakers) is a bit poor and you see them constantly struggling with it. Those people are not categorized under todays’ topic. Nonetheless, there is a homework to do for their families and friends. These people need to acquire the correct tradition of colloquial, phraseological as well as a citation context of their cultural and native language, so they can have and keep their identities.  This or that, language must be a voice that clearly pleases and comprehends its audience at times of conversations, regardless who the parties are; words need to satisfy the condition that people gather and get acquainted to each other with the common means of understanding.

Indeed, it is important to avoid unnecessary additives and maintain what is left of the native language; otherwise, we will run out of words to help us understand directly sooner or later. Hence, it is not the habit of the society as a whole to be singled out with uncommon things, yet those who can afford it, have already took their chances and in the mean time they got a negative return on investment. Being one of the few practitioner of the informal language leaves you on a willingly accepted isolation from the community. Notably then, what is detrimental should be left aside and never practiced unless necessary and what is fruitful (the native part and the common) must be exercised to sustain its formality for generations to come.

The ‘Animal Caretakers’: The Saho of Eritrea