The Soira Award goes to…… 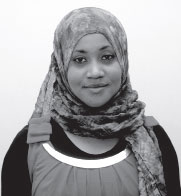 Dehab Tafla Qeleta, had featured on Eritrea Profile’s Q&A before, for the commendable work she had done on Animal Science, and now she is back again. This time around as the winner of the prestigious Soira Award at the 7th National Youth Festival. An award given to exemplary individuals, for works they have done in their respective fields.

Yes I have. The field I competed on was Agro industry, with a research paper that I had presented in 2015 when I was completing my masters on Sustainable Animal Production. The paper I presented was on the production of cheese from camel milk and how it can be used for a longer period of time, hence the sustainability. The advantage of the production is that with the things I mentioned above, the research paper was considered that it can be a source of change in production income and was awarded the Soira Award as an optimistic work.

I was born and raised in Keren, where camel milk is very common in the markets. The milk is said to be and used as a medicine. A bunch of people purchase the milk and drink it without boiling or sterilizing it for that matter. Somehow, this used to bother me, why was it being observed without any purification, it was meant labeled as a medicine but at the same time it was obvious it was a source of different illnesses. As a result, this research paper started from that point. I started to read and research about camel milk, which is when I knew its difference from the other kinds of milk. I studied on how to boil it and make something of it.

It is not that different from other milks, but, camel milk has “soluble protein” and vitamin C. When boiled, we don’t let it stay at fair for long. By nature the milk itself is thin. Besides it takes time in the making process. Because it is thin, its contents are not as much. I prepared it just like we prepare the other kinds of milk with the techniques suitable for the camel milk producers.

Before proceeding to work on a subject, deep research and referring previously published work is a prerequisite to doing a future research paper. You need a definite information on how the milk producers use their approaches. For instance, the camel produces good amount of milk during the summer times when it is well fed. Since, that is the best time to yield and make your products. It is scientifically proven, that milk is a natural medicine for different kinds of diseases. So, since the demands are still on the markets, why wouldn’t we prepare it in the form of cheese in the summer time and use it for a longer time. This is the kind of study you have to do on the process.

Yes it is. Especially in Sahara areas like Tunisia, there is a big factory that produces camel milk. The milk is cooled down and made to cheese where it is stored.

Here in our country, we haven’t had any works done regarding camels. It hasn’t been focused on at any point, even though it has a lot of advantages. It is one of the most ignored species. There are a lot of studies and works on kettle and are specifically categorized into meet and milk production sectors. But on camels, studies carried out are of more recent nature even in other countries. Consequently I had chosen to do my research on the camel, this is just the beginning, I am going to focus on it even more and study. Camel is a unique and amazing creature.

I always thought that if the milk was boiled, it would be spoiled. It actually doesn’t. By the way, I would like to tell people that camel milk is just like other milks, but with much more nutritive advantages and it needs to be boiled.

My own aspirations got me here. I have always had a dream to change my life with education. That is what I always had in my heart and kept me going. It was my biggest aim in life. I guess that is what has gotten me here today.

To tell you the truth, I would say my upbringing. I grew up with my mom, she doesn’t exactly have any kind of educational background. She raised us by working any kind of works she could find. However, she always tried to make up for the opportunity she had lost by not being educated. She simply sacrificed herself for us to be good at school. My mother is the main reason I was good at school or to have a specific inspiration. I would like to thank her from the bottom of my heart, really.

When I used to see students graduate from universities and the respect they get from the society, it used to make jealous and made my ambition grow even stronger. It inspired me further more. But I would say that the basic inspiration started from my own house.

The Festival is an opportunity for several youths from every corner of the country and different backgrounds to show their talent and ingenuities. Doesn’t mater if you invented, innovated, or produced, you try to contest at any field you think will get you the Soira Award. So, like everybody else, I thought that my research paper would bring some kind of change in production sector. That is why I participated representing my region.

Titled optimistic work award with a recognition certificate and 10,000 Nakfa.

As I told you, the award that I got is titled “optimistic work”, I need to change it to a “successful work” on camel milk productions. For this to happen, I have to influence our people and the society. The idea is how to put the production on the hands of producers and consumer, if such case happens to persist it will definitely bring about change in the production sector.

Believe in your selves. Have confidence. The things that seem not achievable are doable if you have the will to dream and the determination to actually achieve your dreams. When you believe that you can do it, you can and you will.