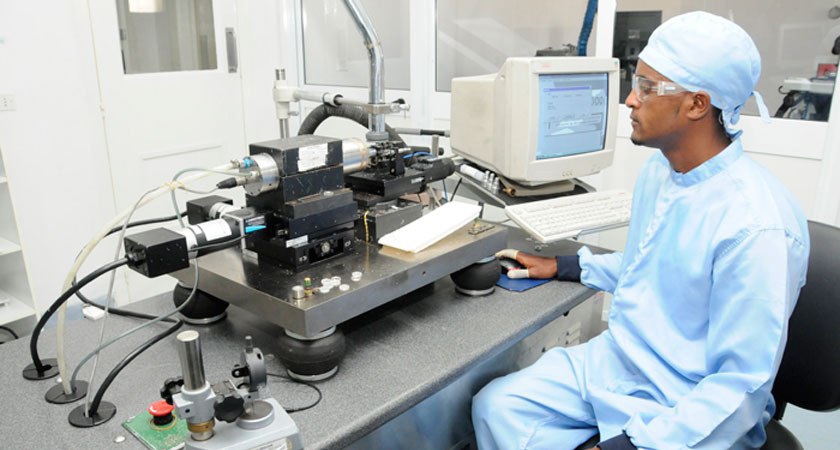 The Government of Eritrea remains committed to and engaged in tightening the gaps and providing the needed services to the society. This is witnessed by the ongoing developmental activities underway nationwide.
Development targets have been achieved at all levels and in various sectors. These include the building of roads, water harvesting facilities, communication networks, transport fleets, development of seeds and animal husbandry that go beyond food self-sufficiency, upgrading capacity as regards manufacturing activities in industry and enterprises, development of tourism potentials and the expansion of education. The same applies to a host of other obligations in the process of nation-building. One worth highlighting involves the health sector.

The Government of Eritrea, ever since the liberation of the country, has invested much efforts and resources in providing quality and accessible healthcare system and made commendable achievements in the prevention of communicable diseases including malaria, HIV/ AIDS and the immunization of children against various kinds of childhood diseases. In every community, across the nation, including the most remote areas, different social services are provided, with a special focus on health care.

Based on the Ministry of Health data the distribution of health stations has shown a dramatic increase in the last 25 years. When seen in figures only 72 health stations where providing health service in 1990 unlike the present the number which increased to 256 health stations (255%). The distribution of health centers shows a respective increase of an approximate 1020% (5- 56 centers), whereas hospitals were only limited to 16 in 1990 and around 28 are fully servicing the society. All of this can be found in the UN General Assembly Statistics of September 27, 2014. Eritrea has scored commendable results in relation to health and has achieved the status of having one of the lowest HIV/AIDS prevalence rates in Sub-Saharan African.

The Sub-zone of Halhal is just one example of a flourishing health center. Halhal is one of 11 sub-zones in the Anseba region. It is located 45kms north of Keren. It has a population of approximately 32,300 dispersed in 8 administrative areas. In these administrative areas the Melobso health center and the two other small health centers located around Gebey-alebu provide health services such as vaccination to children, pre and after birth diagnostics, and other significant checkups. The Halhal Health Center also includes within its facilities a fully packed laboratory. The health center is equipped with 25 bedrooms that provide sufficient services to patients, Sister Luchia, Head of the health center in the Sub-zone explained. She also added that the major diseases in these areas are respiratory problems, diarrhea, and different infections in children. In addition to this, Ms. Luchia mentioned malnutrition and its prevention ways. Malnutrition is caused due to lack of proper nutrition and balanced diet, so people are advised to enhance their understandings on what kinds of foods they should be consuming in their daily routines, she added.

Further recommendations are continually addressed for mothers to attend health center during pre and after birth periods, and as a result 60% of the pregnant women are now motivated to come to nearby health centers and do regular checkups. The people of the sub-zone normally live in scattered villages but the roads linked from and to the villages have somehow made it easier for them to connect.

The residents of the Sub-zone, starting from 2009, had been keeping the sanitary conditions of their environment, and according to policy given, every family were made to own one latrine each.

In the sub-zone of HalHal, there are around 15 health professionals that work in the three health centers and there is an ambulance which gives referral service to Keren.

In the case of electricity, at times of electric interruptions, a solar power access is optional for managing their livelihoods. As a result of good cooperation and professionalism of the health center the people of the Sub zone are getting a rational and proper health service, according to Sister Luchia.

Despite some of the challenges mentioned by Sister Luchia such as the need for additional rooms in order to better accommodate patients; it is not an overstatement to describe the above development as deservedly representative of the overall remarkable developmental activities of the nation.