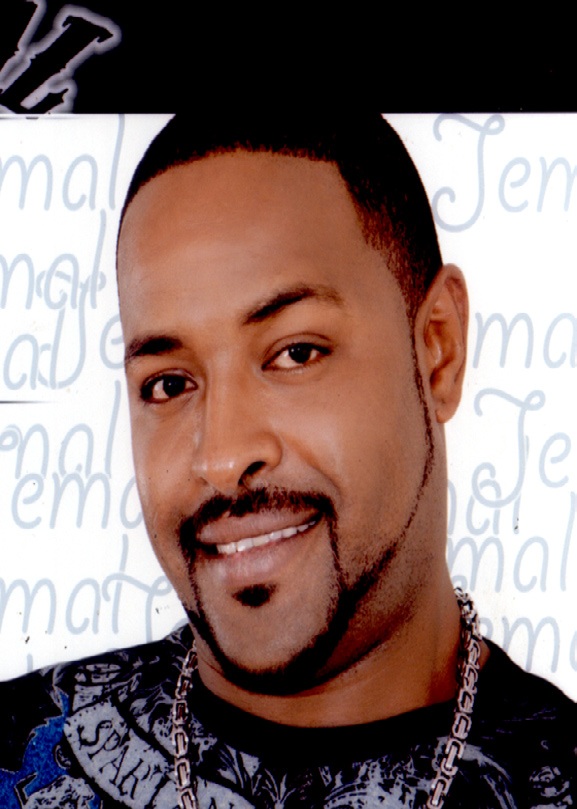 “ Negeset , negeset, gezana negeset ….” few words from a song that has been stuck in the tongues of Eritreans from all over the world, since its first release. Whenever the song “Gezana” comes on the radio, the name Jemal Romodan comes to mind instantly; Jemal Romodan is the Vocalist power behind the mic. Over the years he had released singles that had roared to the top of music charts, being played on the radio of every car and household. His songs are a mix of the old with the new, with an ability to connect with everyone. On today’s Q&A Jemal Romedan will grace us with his presence.

Thank you for joining us.

I was born and raised in 1982 in Asmara. After completing my secondary school at Ibrahim Sultan, I joined the 13th round in 2000 for my National Service in Sawa. I have always been interested in dancing when I was young. Which lead to my profession today.

Your interest in Music…

As I said, I was in love with dancing back in my early ages. It was something I enjoyed watching and doing. As a result, I joined Shewit musical group in 1994. The musical group was my base, it all started from that. I began as a dancer, then became a singer.

First song that introduced you to the public…

It was in 1995. I sang a Swahili song “Jumbo” at the National Festival of expo in 1995. That being the first that introduced me with the people, I did several songs with the musical group.

How many songs have you done so far?

Around 35 including the single songs I have presented at the different national holidays along with the Albums I have released in collaboration. I still have not debuted my own album. However, I have an Album of Tsegai Beraki, the late renowned Eritrean singer, that I had remixed and another duet Album with Tesfalem Arefaine (qorchach) titled “Gezawtna”.

Who do you work with mostly?

I work with different but very talented artists, Aklilu Tsfatsion, Wedi kuada, Samuel Almede, Henok Tadese, and Yonatan Tantan are among so many I can name. They write my songs and the rhythms.

The good thing about working with different people is that you get to entertain so many different good ideas from different talented individuals. There won’t be any creativity or distinctive work if it’s always just one person’s work. Anything is beautiful when different ideas are gathered. That is what I believe.

Have you taken any courses?

Yes, at the time I was with Shewit musical group, we had the opportunity of several courses. For instance, we were given a four month vocal training by a foreign vocalist Santiago Achera, and another two year course was given by the musical group in theory and practical regarding vocal and musical instruments. I practiced live drum. Additional course was given on dramas and some of the things that goes with it.

Music, is something that makes life sweeter, more comfortable to live in. It changes people’s lives for the better. It certainly has changed mine. It is a means of relaxation and I love it. I would never have words even if I try to describe it.

It was all Issak Abrham’s (Mega Mix) idea. He always had admired Tsegi Beraki’s works. He bought his songs from his family. So, at the time when I was working at the Album with Qorchach, he asked us to sing at least two songs from his albums, we thought it was a good idea, so we did one song each. Again, he motivated me to remix his songs and that lead to the release of his remixed songs. The album had a positive response from the public. It is something good to renew our legendary artist’s previous works. Helps to remind their good work to the people and it is part of our history. It was a good opportunity that I got a rare chance to do the work.

What are you currently involved in?

I’m still working in my profession. It is something that I love doing and I’m involved in it every day. Hopefully, in the very near future, I will be bringing some great works to the public.

Do you have a favorite song?

I love all my works, of course, but there is always that one work that sticks with you forever. Mine are two, “Gezana”: a song I did in 2011 for the independence celebration and “Niski’do tibdeli” a single song from the same year.

They have something that moves me. “ Gezana” is a song that represents the love that the Eritrean people have for their country. It’s such a moving song as it really connects with every Eritrean on a personal level. As for the other song “Niski’do tibdeli”, is a song about a girl whose heart was broken. The feedback from the public was overwhelming.

Have you traveled outside of Eritrea?

Yes a couple of times before to participate at different national occasions. I went to Sudan, Germany, Italy, Holland, Switzerland, and Sweden. I went to places with different artists, the hospitability that the Eritrean people give us is inexpressible. Eritreans in Diaspora use festivals and other gatherings as a means of get-together for the celebrations of different national occasions and eagerly await for the shows we have to present, they enjoy our shows with enthusiasm and excitement. For them it is the time to unite as people and celebrate their harmony.

I admire all artists. It is inspiring to see different individuals thrive in the art world, honestly. However, I would have to say, Abrar Osman and Yemane Barya. They are music tutors for me. Yemene Barya was and will ever be a true music legend. His works are irreplaceable. The same goes for Abrar, I learned a lot from him. The way he sings and uses his voice. They both are great music stars.

May I ask personal question?

Yes I am happily married to Faiza Ibrahim, a great and loving wife. I’m lucky.

You seem shy in person…

I am. I am not much of a talking person.

No you are not, any last words?

Learning opportunities helps any sector of a society grow and so does our music industry. Education is the base for everything. But for that to happen opportunities have to be created and To Whom It May Concern I urge, a relentless effort must be exerted to develop our entertainment industry. Furthermore strict law’s need to be legislated concerning copyright of one’s own work. It doesn’t motivate you to come up with new works when within a minute it’s out there and being released basically for nothing, you can’t really do anything about it.

Thank you very much.

Our Eating Habits and Social Propriety