#Eritrea in the eyes of Italian mainstream media 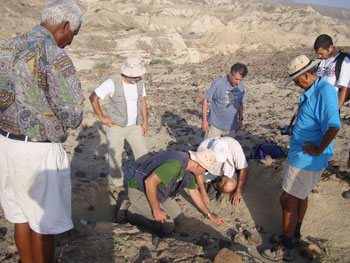 The number of articles claiming Eritrea as “closed-off” seem to be as many as the stars in the sky. The fact that the State of Eritrea chooses to have “responsible” journalism towards national matters, does not overly acclaim national plans and projects  across international information networks, and avoids stirring up emotions that could jeopardize nationalism has led to a vast number of entities describing the country as closed-off and undiplomatic, where nothing but ugly occurs within.

The reality, though, is far different to what is told, and there are some (albeit few) foreign journalists and writers that provide a truer account of the country. Exploring “askanews” – an Italian website – and several entries under the Eritrea hashtag on social media provide useful examples.

Speaking to askanews about the recent ICES conference and archeological studies conducted by Italian universities and professors in collaboration with Eritrean institutions and local professionals, Mr. Diego Solinas of the Italian Embassy to Eritrea, explains the importance of “reducing the grade of marginalization in the scientific/academic grounds, while giving further impulses to enhance quality to Eritrea’s education sector.”

Furthermore, Solinas expressed considerable pride in talking about the large number of Italian professors taking part in the ICES conference in late July, and noted Eritrea’s encouraging attempts to opening the doors for foreign researchers  to asses Eritrean matters in versatile compounds.

According to askanews, Italian archeological scholars have long been engaged in Eritrea, including Professor Alfredo Coppa, a paleontologist from Sapienza, as well as Andrea Manzo, Caterina Giostra, Serena Massa, and Susanna Bortolotto. Since 2011, the scholars have been engaged in an exciting project rediscovering and excavating the ancient port city of Adulis. Notably, several months ago, Professor Coppa, who has conducted significant and wide-ranging work exploring Dankalia, revealed the finding of “important” fossils that date back approximately 800 thousand years. Moreover, Professor Castiglioni explained that the excavation of the ancient port of Adulis was undertaken after the “invitation of the Eritrean Government, with the objectives of sharing Eritrean cultural heritage with the world, promoting international tourism, and encouraging local youth in the field.”

Additionally, excitedly speaking of her work in Eritrea alongside Italian and Eritrean professionals, Susanna Bortolotto, describes Adulis as  “the African Pompei,” before going on to reveal that, “the Polytechnic was summoned to Eritrea to put in place an archeological park which will be the first of its kind in the Sub-Saharan Africa.” How exciting!

While mainstream news and reports about Eritrea are generally full of doom and gloom, askanews has also announced a considerable number of significant agreements and partnerships between Eritrean and Italian universities and institutions of higher learning. For example, after years of strong and fruitful bilateral relations, Roma’s Sapienza, Milano’s Polytechnic University, and the Ateneo of Pavia have reaffirmed commitments and undertaken new partnerships with Eritrean institutions of higher education, particularly in the area of archeology.

As well, although it was generally ignored by many outlets and observers, askanews offered coverage of Asmara’s recent candidacy as a UNESCO world heritage site. Specifically,

the outlet underscored the city’s rich, colorful historical significance, before describing Asmara as a “jewel” and stating that it would make a rightful addition to UNESCO’s prestigious list.

Remarkably, askanews also notes that how products from Asmara have made their way to Italy. Specifically, we speak of the highly appreciated local beer – Melotti. The Asmara Brewery was founded in 1941 by Luigi Melotti in the capital city. Under the name of its founder and still utilizing the same originally designed bottles, Melotti continues to produce its signature products to wide acclaim.  It is important to note, particularly in the context of repeated assertions about Eritrea’s “decaying” economy, that the brewery produces both for local consumers and also exports a significant amount.

Also reaching international markets under the “made in Eritrea” tag are the high-quality textile products of Dolce Vita. Dolce Vita is the Zambiati Group (Za.Er) subsidiary, based on the outskirts of the capital. The company is mostly known for its catchy designs, 100% cotton textile clothing, and household linens.

Alongside its export products, Dolce Vita has branches in three Eritrean cities on top of those in the capital (Dekemhare, Keren and Mendefera). According to a recent statement by the company’s CEO, Pietro Zambiatti, the company is highly focused on developing employee professionalism and skills, as well as establishing several new sites, which should be highly attractive to potential investors.

Longtime Eritrea observers are aware of the country’s strong advocacy of self-sufficiency and the sustainable use of natural resources. Solar energy, in particular, is often touted as one potential answer to the country’s challenges in providing a balanced electrical supply to various parts of the country. Asmara in this case might be the center of attention, as government policy tends to pay significant attention to remote areas, in line with its principle of disseminating equal benefits, social services and rights both near and far. Accordingly, askanews presented useful coverage of this issue earlier this year, revealing the country’s efforts in distributing maintainable electric supply throughout the country. Antonio Bonanni, project manager of Enertronica, an electrical company currently engaged in the construction of plants in Eritrea, notes the potential for a daily generation of 6 kilowatts of solar energy per square meter.  In the land of the sun, the possibilities are endless.

In contrast to the traditional images of Eritrea portrayed by many media outlets, askanews provides a fresh approach. So much for being a “closed-off” country…don’t you think?

“Tourism for All: Promoting Universal Accessibility”