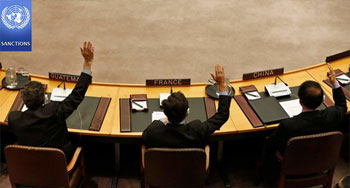 During one of his debates with Socrates, Thrasymachus alleges that “justice is nothing else than the interest of the stronger.” For Eritreans (as well as many other regional observers), a clear reflection of this point are the ongoing sanctions imposed against the country. Not only do the sanctions lack basis and remain counterproductive, they reveal a long-existent and glaring double standard.

Setting aside the considerable issue of the dubious legitimacy or basis for the original adoption of sanctions against Eritrea, it is starkly apparent that their continued imposition is essentially illegitimate. Simply, the pretexts for them are non-existent. In a statement made at the United Nations (UN) on September 27, the Special Representative of the UN Secretary-General (SRSG) for Somalia, Michael Keating, stated that “I have seen no evidence of Eritrea supporting Al-Shabaab.”

Importantly, this is not a breaking news or surprising development. Over several years, a long series of UN Somalia Eritrea Monitoring Group (UN SEMG) reports have consistently concluded that they have found “no evidence of Eritrea’s support for Al-Shabaab”. According to Herman Cohen, former US Assistant Secretary of State for African Affairs, the sanctions regime on Eritrea has “no basis in fact”. This is a case of “bullying,” pure and simple. And, while 14 Security Council members wanted to lift the sanctions in 2014, the US vetoed the move. It is quite telling that although the US recently appointed a new Charge d’Affaires in Eritrea, accompanied by a series of platitudes, on September 29th, mere days after the arrival of the new Charge d’Affaires in Asmara, the US updated unilateral sanctions against Eritrea in the US Federal Register.

The continued illegitimate sanctions against Eritrea, largely due to pressure from the US and few of its key partners, add to the long list of general criticisms and troubling questions often raised about the use, legitimacy, poor execution, and overall effectiveness of international sanctions. In fact, many studies have found the success rate of sanctions to be poor (Allen 2005; Baldwin and Pape 1998; CFR 2006; Pape 1997; Spadoni 2010). The checkered history of sanctions is probably best reflected in Iraq, where a study by the United Nations Children’s Fund (UNICEF) found that between 1991 and 1998, during the height of the Iraqi sanctions regime, there were 500,000 “excess” deaths of Iraqi infants under the age of five. Denis Halliday, a distinguished senior UN official assigned to Iraq who ultimately resigned in protest, described his assignment as, “to implement a policy that satisfies the definition of genocide: a deliberate policy that has effectively killed well over a million individuals, children and adults.” Later, the UN Assistant Secretary General, Hans Von Sponeck, who additionally served as UN Humanitarian Co-ordinator in Iraq, stated, “[M] ake no mistake, this is deliberate. I have not in the past wanted to use the word genocide, but now it is unavoidable,” before also resigning. A number of other problematic cases (e.g. Cuba) have meant that sanctions have an inconclusive track record and remain plagued by considerable questions about their utility.

In the case of Eritrea, sanctions, beyond being fundamentally illegitimate, are counterproductive. They have only served to promote misunderstanding and distrust, diminish possibilities for effective cooperation or partnership, put unwarranted hurdles on the country’s development drive, investment, and socio-economic growth, and further destabilize the Horn of Africa through contributing to unnecessary rivalry, conflict, and regional insecurity.

Additionally, the sanctions also reflect blatant, big-power, double standards. It is hard to overlook the troubling paradox that while Eritrea remains burdened by sanctions – even, as it must be underscored, in the absence of any supportive evidence for their pretext – the UN and the international community have long ignored its neighbour Ethiopia’s complete failure to abide by its international legal obligations and responsibilities to respect border ruling, and its ongoing military occupation and state of war and aggression towards Eritrea. Moreover, in a twisted case of illogic, Eritrea is doubly punished since the sanctions (particularly the arms embargo and severe limitations on defensive materials) effectively mean it is restricted in defending itself – a fundamental international right enshrined in the UN Charter – against Ethiopia’s military occupation and unrelenting aggression or terror-related threats which abound throughout the region.

Only this past summer, on 12 June 2016, in a clear illustration of the double standard, the Ethiopian military launched a large-scale, unprovoked attack against Eritrea in Tsorona, leading to the death of hundreds of Ethiopians and 18 Eritreans. Aggression, it should be recalled, is a grave breach of international law and the UN Charter, and was described by the Nuremberg Tribunal as “not only an international crime; it is the supreme international crime.” Although Eritrea immediately reported the incident and quickly called upon the Security Council to take appropriate action, it was only met with tepid responses by the UN Secretary General, which meekly called for “restraint” from both sides. Beyond representing a resounding failure to condemn Ethiopia’s continued belligerence and uphold international law, this unjustly assigned equal blame to both victim and aggressor.

Rather than an isolated incident, the June attack was but the latest in a long series of deadly provocations by Ethiopia. Since the end of the destructive 1998-2000 war between the two countries, the Ethiopian government has not only made regular illegal incursions into and attacks against Eritrea, it has also made persistent calls for the overthrow of the Eritrean government and, through belligerent, threatening statements via government-owned media outlets, proclaimed its intentions to carry out “military action to oust the regime in Eritrea,” – again, violating the UN Charter and international law. In 2014, Ethiopia’s Prime Minister, Hailemariam Desalegn, stated that the “no war, no peace situation with Eritrea is over. Ethiopia from now on is ready to take military action against Eritrea,” while in 2015 and early 2016, he claimed Ethiopia was ready to take “proportionate military action against Eritrea.” As well, shortly after the disastrous June 2016 attack, high-level Ethiopian officials (including the Prime Minister, Minister of Defence, and Minister of

Government Communication) proudly boasted in parliament about Ethiopia’s aggressive actions against Eritrea (including statements made on 14 June, 28 June, and 5 July 2016).Ultimately, not only do the UN and the international community unjustly sanction Eritrea, their oversight of Ethiopia’s occupation, repeated aggression, and continuing threats trivializes fundamental principles of international law and sovereignty and neglects the flagrant violation of the collective rights of an entire nation.

Recently, an increasing number of observers, analysts, and foreign officials have expressed the need for a “new approach” toward Eritrea and the Horn of Africa; to borrow from the inimitable Ray Hudson, “even a blind man on a galloping horse in thick fog could see that.” The ongoing crises in the region, marked by increasing instability, conflagration, and emigration, are a testament of the fundamental flaws within the international community’s approach and policies. However, despite the rhetoric, few genuine or tangible shifts have occurred.

Moving forward, in the absence of any credible evidence, the sanctions against Eritrea should be removed. The international community (specifically the UN, the AU, and EU) should shoulder its legal responsibility and obligations by genuinely censuring Ethiopia’s illegal military occupation and repeated aggressive actions towards Eritrea, and calling for the immediate, unconditional implementation of the “final and binding” Eritrea Ethiopia Border Commission (EEBC) 2002 Delimitation and 2007 Demarcation decisions. Such steps will both reflect and fulfill commitments to key principles of international law and promote lasting, sustainable peace, stability, socio-economic growth, and development throughout the region.