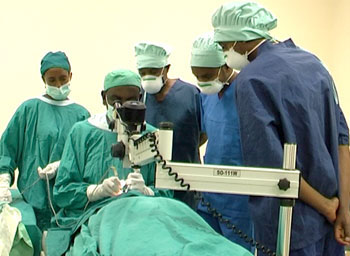 Across the world, the north, central or even south, the inhabitants of this earth search for a better place to settle, and that is for a known reason, their health. Either they find a better place or they move on to find one, to simply save themselves. People are normally cautious when something unusual happens to them, the wise ones regularly adjust with precautions and others react quickly at times they feel unaccustomed with their health.

We all value and give credit to our health after we actually encounter and test a sickness. The health status gets higher when patients slowly heal their conditions and change their life styles, get regular checkups not when they feel something wrong but when they develop a habit of visiting health center just like the habit for religious places. Nonetheless, all of these depend on the society’s ways of living and their environment, but also it is not an issue to be dealt and left ambiguously because in the end, we can’t enjoy our life without a complete health condition since it is the basis of our survival.

The more people inhibit an area, the more health facilities are mandatory. Africa being a continent of mass population where people are distributed and scattered, the demand of health facilities is a growing phenomenon for centuries. Thanks to the workaholic Governments and concerned outside partners, it is gradually building its necessities and providing health services for years. Newly born countries like Eritrea, despite the struggle for their independence until the late 90’s, have successfully gained their quick infrastructural and distributional assignments of Health Avenue through their determined and forward looking agendas and policies. And by now many parts of the nation are proudly furnished with well-built health stations with sufficient staff and equipment to deliver services to communities.

To mention some, the Northern Red Sea region has registered a praiseworthy outcome where according to reports; above 74% of the population inside 10km area is getting adequate health service. The region had only three hospitals and two health centers before the independence; currently the number has increased into 41 health institutions, among which nine are hospitals, nine health centers and twenty three health stations. The Northern Red Sea is a long stretched region where the distribution of people is uneven and widely spread throughout the small and big towns. Health stations of Karora, Embatkala, and Erafaile are among the recently built ones.

People residing in remote area of the region have the relief of getting health service currently in towns such as Adobha, Kamchwa, Nakfa, Endlal, Dahlak Islands, and others are already provided with new actively working Ambulances. This indicates the region is efficiently managing health transportation which concludes a huge effect on decreasing maternity death as is helpful for referral system.

Furthermore, the Hospitals in the region readily are providing health services with modern equipment. Medical equipment for blood chemistry of cholesterol, liver function and heart case diagnosis or Ultrasonography, EKG, Ultrasounds as well as the new gene expert diagnosis for the multi-drug resistant Tuberculosis (TB) is introduced in Gindae and Massawa Hospitals respectively.

In general, all of these developments are believed to be helpful for diagnosis amenities and will promisingly aid in control of diseases and help the people of the region to get an instant service instead of moving to other regions. People in overall and specifically pregnant women get used to frequent health center and hospital visits for checkups. The hospital in Nakfa is accepting more pregnant women than before and providing a one month Maternal Waiting Room opportunity for those who can’t bear their pregnancy whom live in remote areas and can’t get access to quick transportations.

This practically will reduce the maternity death rate in the region. In the sub zone of Nakfa there was about 10.8% prevalence (which is the number of occurrences of a disease to the number of units at risk in the population) as the reports indicate but now Ministry of Health of the region is telling this number has reduced into 2.8% due to Mass Drug Administration Campaign of 2010 and 2011 in which every door was knocked to distribute vaccinations for prevention.

More or less, much has been performed by the Ministry of Health and Administration of the region to aid the surrounding population as the outcomes tell by themselves. Investments for health is a priority the government is pertaining the significance for the people who build the nation later. Settling more, it is building health institutions in various parts of the nation for people to get the paramount health services, since there is no place better than staying at home and taking care of your business.