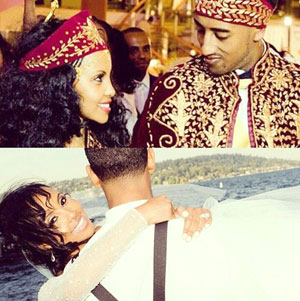 This might seem like a banal topic to discuss but I find it worthy to spill my messy mind into it and say a word or two.
What does romance look like in the 21st century? I have been pondering this question for the last few months; ever since I texted what I thought was a rather lighthearted list of ways a man should treat a lady. To be sure, many of the items on the list were of a romantic nature. Some of my friends found fault with the old-fashioned brand of romance and chivalry I suggested, that the list evoked a nauseatingly romantic, antiquated Prince Charming archetype that promotes dangerous lessons about masculinity (and femininity) and therefore has no place in modern times. These critiques got me to thinking about the construct of romance and its role in current-day relationships.

But what exactly is romance? Can it even be defined in specific terms or is it too personal an experience to be painted in precise strokes?

And the truth is that romance is too personal an experience to define as one way of being or acting toward one another for both men and women, and ultimately an intricate and unique equation for singles and couples alike to decipher.

I’d be remiss if I didn’t address the fact that many modern-day creatures still want to perceive and define romance in old-fashioned ways and long for a traditional brand they fear no longer exists, a brand that flourished in bygone eras when the rules to courtship were perhaps clearer, when the act of courting itself was in vogue. I can understand why.
But before that, in traditional Eritrea, love was utterly unheard of. Getting married with some one of your own choosing was frowned upon and considered an embarrassment. Marriages were simply put, arranged by the elderly and respected. Arranged marriages were set in a way that strengthened family bonds between two close families or friends.
In an arranged marriage, the bride and groom were selected by a third party rather than by each other. These marriages were usually set up by the parents or an older family member because of circumstances and conveniences. The match could be selected by parents, or a trusted third party. In many communities, priests or religious leaders as well as relatives or family friends played a major role in matchmaking.

Arranged marriages varied in nature and in how much time elapsed between meeting and engagement. In an “introduction only” arranged marriage, the parents may only introduce their son or daughter to a potential spouse. From that point on, it is up to the children to manage the relationship and make a final choice. There is no set time period.

First, preferences were given to the same background. The ancestry of the individual and the family’s culture and traditions also played an important part. Usually, prospective spouses were looked for from families belonging to the same region and having the same language and food habits.

That is until one wit started to have ‘feelings’ for Tsirha, who fetched water from the Village’s Water-well each morning. He of course couldn’t ask her out on a date, which was completely unheard of; instead, he asked her if she could pick lice out of his Afro hair. And that was how they started talking and one too many times of lice picking and talking to each other, they fell in love with one another and decided to tell their parents that they were going to marry each other. Their respective parents of course lost their minds but couldn’t change the mind of their supposed to be “in love” children….. Simpler Times!!!!

To older readers, the scenario above may have at least a vague, distant familiarity. But to younger readers, it may be utterly foreign, antiquated and unrealistic—like viewing a scene from an old Tigrigna film in a world accustomed to the rapid-fire images of a high-definition action movie.

Ultimately though, romance in the 21st century isn’t as simple as it should have been, first there is the issue of dating; dating has a long and varied history. Over the decades in the Western world, traditional dating was gradually overtaken by the high school “going steady/boyfriend-girlfriend” approach. Those who did not find a romantic counterpart in this way would then often be initiated into the bar/nightclub scene, where they could hope to find someone who may want to hook-up which could eventually lead to the two parties becoming friends with benefits, boyfriend and girlfriend, or possibly even lead to marriage years down the road.

With the rise of the hook-up culture in the west, has come a change in the overall mentality behind dating. The focus in the 21st century is less about finding someone to date court and marry than finding someone who can be fun “for the moment.”

“Raised in the age of so-called ‘hookup culture,’ millennials—who are reaching an age where they are starting to think about settling down—are subverting the rules of courtship,” I once read in The New York Times.

Now what has that got to do with Eritrea’s younger generation?

The negative characteristics that define our generation are most evident in their dating lives, particularly in the establishment of permanent long-lasting relationships, thanks to western influences. In an age where social media plays a great role in one state of development, our generation are simply being brainwashed by what they see on movies and read on explicit books.

The brainwashed generation as I would like to call them, have lost all the meaning there is to romance and love. What is love after all, I don’t date, I just hangout, I don’t committee, I like being free, they would say, along with so many other callous views towards courtship and romance.
Therefore, games are never ending. Apparently this is very common. Earlier, every person wanted a ‘commitment’ and today, “label-free” relationship is all they want because it gives them all kinds of freedom. They say a lot more on texts than they’ll ever say face-to-face or while talking on the phone (which according to them is useless). The era of conversing face  to face is a thing of the past.

Either you end up dating for too long or your relationship ends in a few days. Even if you date for too long, there’s a chance that it won’t work even after so many years. Hence, you obviously end up believing that you really don’t know if the term “love” even exists.

“Breaking up” is a game, they break up every other day for every other reason, so much so that you really don’t realize when it’s TIME to break up.
In most cases, the break ups happen because one of the two has stopped feeling anything for the other person since he/she is too bored by then. People walk in and out of a
relationship effortlessly. While it may be easy for one person to move on from the person he/ she is dating, the other is left behind crying for days. Well that’s the way couples balance their relationships these days.

Guys wait three days before they call a girl they are interested in, and girls are not better either, their time is wasted comparing one guy to the other, which all of the above is shocking for me to hear and see, hence my article, I thought such nonsense only existed on movies and such unintelligent behaviors were simply supposed to be confined to our TV screens and books, and subject to our supposedly critical minds.

Romance is not necessarily about one gender doing and one gender receiving via opened doors or bestowed long-stemmed roses or paid tabs; it’s a genderless concept. It’s about creating for another human being a feeling of being cared for, admired, special, appreciated, valued, protected even. Sweeping gestures can be great, but the real hope for romance today lives on in the attentive touches and thoughtfulness we bestow upon each other in our day-to-day lives. These things never go out of style, at any phase of a relationship.

However, our generation have become not critical of what they see on TV or what they read on books now days, what they see on western movies have spilled out into their own lives and culture and have encoded the way they love and care for one another. They have become apathetic, with no regard for love, honesty, faithfulness, loyalty towards the other gender. Once upon a time not long ago, our fathers put our mothers in pedestal so high they were proud and our mothers respected our fathers accordingly because that is what our culture is ingrained in.

So is romance dead? Most probably yes, but can it be revived? Definitely.

I truly believe romance in whatever form works for you or another, is a positive force for men and women, the glue that can hold us together through the inevitable confusion that erupts out of our sometimes volcanic differences.

Which leads me to leave you with some sage advice from the shy and inimitable Matthew Cuthbert, who says to his adopted daughter Anne Shirley (an eternal romantic), in Lucy Maud Montgomery’s “Anne of Green Gables”, “Don’t give up all your romance, Anne. A little of it is a good thing – not too much, of course – but keep a little of it, Anne, keep a little of it.”