“… Eritreans Fight for a Cause They Profoundly Believe” Ms. Silvia Voser 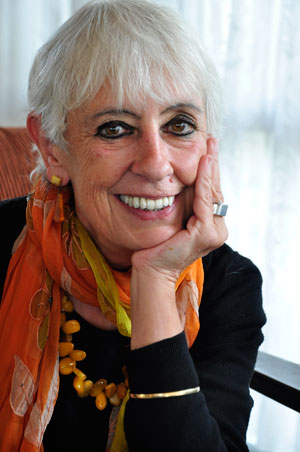 Long time ago I did my studies at the University of Zurich in Sociology then I did a training on teaching, taught for three years and then I wanted to go ahead with another side of me, which was art. Thus, I decided to enroll into an art school in Zurich and studied photography. Since 1987, I am working as a freelance photographer. I am my own boss. I can decide what I want to do or don’t.

My subject is always about human beings, the living conditions of people, their difficulties, how to improve their lives. It is always about social questions. I was never interested in working in advertisement for businesses for instance, but I usually work for media outlets, social institutions, organizations related to development. I also do my own projects, exhibitions and photo books.

I do travel a lot, I worked a few years in Russia. I was very interested in this country through the history of my generation, the 68’. My political beliefs and even if I wasn’t a big fan of the former Soviet Union; there were some social ideas or values which I believed in and through my work I was showing the daily lives of the Russian people and the collectivism ideas.

Back in the late 1970s, when I was a student, I was member of a political organization and we supported the struggle for independence. We were very interested in supporting the cause of people in different parts of the world and one of them was to support Eritrea from far away but trying to do the best we could.

At those times, in Switzerland there was a group of youth including Dr. Toni Locher, who created an association, SUKE, Swiss Support Kommittee for Eritrea and I got involved when Dr. Toni and his friends organized the first transportation of cargo full of medical equipment, medicines and other materials needed for the freedom fighters and the people in the EPLF liberated zones.

I came for the first time in 2003 when I started working with another Swiss Association within the medical sector and I was in charge of projects implementation. Our work was mainly to support the building of health facilities and the training of health workers.

In fact, I was very open… I was looking forward to finally get to know this country, its people who fought for such a long time for their freedom and independence. I always admired the resilience. For me, striving for independence as the Eritreans did, is a respectable value and since then I came about eight times to the country.

Every time I came to Eritrea, I always took pictures of the daily lives. I get to know the people and the culture. As you know in Swiss media headlines and elsewhere in the Western world, the image is not so positive about Eritrea and I guess that people don’t know enough about the country. Of course, the migration issue also doesn’t help in generating an encouraging image on Eritrea. So I decided to produce a book showing a positive image of Eritrea, the daily lives of people. Showing that Eritreans live a normal life as everyone else, they work, enjoy free time, they have sorrows and happiness as everywhere in the world. I came this time to meet different people, from different background, men and women and I take pictures as portraits, which I will put altogether into a photo book.

I see the country in a positive way and I also see a country which has challenges mainly due to countries in the West and especially, I believe, because of its neighboring country. I think, it will be important for the international community to put pressure on Ethiopia to come to an end with the border issue, without it, many other challenges will remain in Eritrea and the region as a whole.

I also consider that because of the no war no peace, it is important to have a system of national service but also, it would be important to keep the perception of the youth and it is good that those in national service are now earning a higher income which enable them to improve their living standards. I believe the government is doing the best it can although the multiple obstacles it faces from the external.

I would say to everyone that there is a lot to see. Asmara is beautiful country, its architecture and outside of the city, the different landscape and as I said earlier, there is so much hospitality here. Just come and see!

It is important to work on its image. I can say that I was never afraid for my life, I would walk around wherever I want days or nights here whereas in many cities in Europe, there are places I would never dare to walk around on my own at night. One thing Eritrea needs to work on is promote its tourism industry.

I hope that the Swiss politics will correct some statements on Eritrea made in the past… That they will start again the development partnership, to see Eritrea as a partner at the same level. I think Switzerland is very good in terms of trainings and especially vocational trainings which we could find agreements in this sector with Eritrea. Also, for the Eritreans in Switzerland, I wish for my government to help them in terms of trainings for like one or two years and homeland through financial support as a starter when they come back to Eritrea and be part of the development through a new professional life.

I am planning to come back once the book is ready and share it with Eritrean people. I hope that people in Switzerland will look at it and open their eyes and that it will correct the perception people have. Not just the government’s but even individuals’ opinion.