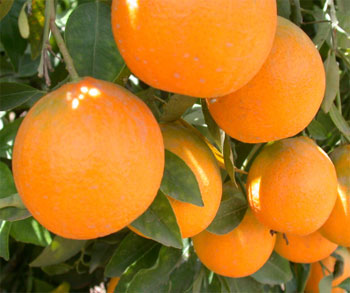 People consume food. We simply eat, has to be good of course. Never ask, never bother, we just consider the old time taste, size, texture and color. What captures our mind is the external look of the consumable material, not the inside (content). Few calculatingly give thought on how it is made and what it holds. It is not natural for a person to think that a fruit or a bread consumed this year shouldn’t be the same as last year’s. It is subconsciously taken as the same. It could be or not, it depends on the food concerned body in the region. Even the regular wheat, people have in different forms, has been fully improved, yet we just consume. The checking, growing, introducing and developing the latest qualities of crops and insurance of their safety is a task of the National Agricultural Research Institute (NARI), Ministry of Agriculture.

We deserve to know more about the status of the reason for our survival (Food) than we used to know.

Research institutions has decades long background in Eritrea. It goes back to the period of Italians. And in the last 25 years the Agricultural research in our country has passed different stages and made structural changes. The National Agricultural Research Institute (NARI) consists three main Agriculture research institutions, namely Halhale, Goluj and Shambko, with not less than nine satellite stations engaged in various agricultural research activities. Accordingly, these satellite stations are located in Fiesko, Gahtelay, Hagaz, Tekreret, Afdeyu, Foro, Mezba, Gelalo and Tsorona.

The Halhale research institute established in pre independence, had formally started its activities in 1994. This research institute mainly engages in different research activities including; the Protection and Development of Natural Resource, Improving the Summer Campaign Program, Introducing New Technologies, Social and Economic Research and Enhancing Institutional Development in the eye of man-power, infrastructure and the like developments. Based on these activities the institution holds on five core divisions. The Nation’s Resource Genetic Behavior Protection and Development division, Crop Research division, the division of Research on Management of Natural Resources, the Development of Animal Husbandry division as well as the Agricultural Engineering. According to the Director General of the research institute in Halhale Dr. Iyasu Ghebretatyos, these divisions are inexistence in order to be realized into the three Agro-ecological environments which are the NARI itself, the Eastern and Western plains having several satellite stations below them. But the institution’s work generally focuses on commodity based researches which embraces a comprehensive fields that are mostly owned and worked upon by farmers (main crops, vegetables, and livestock). NARI’s main target area is the highland and the semi-highland area and most of the researches are concentrated on cereals like wheat, barley and maize, on legumes and recently on oil seeds. The Eastern and Western plains focus on Sorghum and Pearl Millet and especially concerned to research and preparation of animal food as there is shortage of supply.

The principal mission of the research institute is ensuring food and nutrition security and improving productivity of farmers and thereby enhancing the economy of the nation. NARI conducts its operations by around 146 personnel among which are 17Msc holders, more than 50 BScs and the remaining Diploma level graduates are direct from the Agricultural College of Hamelmalo.

As research institutions, it is empirical to conduct the daily activities based on researches. Hence, it is the mandate of the institution to come up with a fundamental, factual and reasonable researches that can prove to farmers and bring a sense of contentment to the institution itself. NARI conducts three main researches to fulfill the tasks accommodated throughout the nation’s agricultural sector. The Applied, Adaptive and Maintenance researches are directed according to relevance. The applied research is executed for breeding systems and when the institution needs to come up with its own solutions. While the Adaptive research tries to magnify and accept the researches of international research institutions and further the institution studies and the commodities according to the climate of the nation, its quality, productivity and whether it is drought resistant, before actually being applied. The Maintenance research enables farmers interact more strongly with such institutions. It tries to find out results by distributing seedlings to farmers and make them personally follow the maturity of the crop until the final stage. Such opportunities creates a zero doubt to farmers over the seedlings distributed by research institutions as they monitor and evaluate the progress of the crop. However, the nature of the work involves not a direct interaction, it is on a triangular form of command transmission. Institutions like NARI develop new findings and send the findings into Extensions and through the extensions the farmers get involved. Likewise feedback follows the route in case there is something to be reported in the field.

Regarding the crop improvement division in the institution, Mr. Tsegay Birhane, the Head of the division provided us with updated information about crops. According to his recent data he noted that many varieties of crops are imported to the country based on their taste, market demand, and production level. These imports are mostly fetched from the International research institutions like ICARDA, ICRISAD, CIMIT and CIP. The International Center for Agricultural Research in the Dry Areas (ICARDA) majorly covers the Europe part, forwards barley, wheat and legume kind of aids to the institution. The International Crops Research Institute for the Semi-Arid (ICRISAD) having stationed in India team up with NARI on Sorghum, Millet and Chick pea while the Center for Integration of Medicine and Innovative Technology (CIMIT) stationed in Mexico deals with wheat and CIP or the International Potato Center considers sharing Potato and sweet potatoes, and potato finds to be among best flourishing veg recently.

Dr. Iyasu further explained that recently a number of international linkages are on the process such as that one made with Ireland research institutions. The research institution performs its researches by utilizing the Atomic Energy technology in their laboratories for Mutation breeding. Mutation breeding was initiated in 2008 by applying different doses of Gama radiation to several Sorghum varieties. What they do with this is that, they test the crops using Gama rays to discover a genetic variation the crops might show, as for actual climate changes bring. However, lowland crops are now starting to grow in highlands as a  result of climate changes. Former Hagaz onions had splitting behavior while it matures, but now with breeding techniques of NARI it is now possible to harvest the needed seeds. Cabbage grows best in the highlands as well as in certain growing season in lowlands.

In three consecutive trials the kind of variety named Gloria followed by Golden acre were found to be the promising varieties.

The breeding cycle implemented in the research institute are the crosspollination (direct breeding), Screening (mass selection) and the Tissue culture where a cell division method is applied, grinding leaves and putting inside the stems to bring in other varieties.

Mr. Tsegay noted that a number of activities are underway in selecting and identifying resistant and high yielding variety seeds. Pearl millet being the second important food crop in Eritrea, grown mainly by small farmers, is infected by a disease called powder mild, yet replaced by a more resistant white cona and Bristil cona (against birds) are at present developed. Around twenty types of Wheat, more than ever, having the potential to grow 60- 80 quintal per hectare and also six different class of Sorghum are now distributed across the country. The Adi Gue’dad plains can be taken as a reference without going far. The division of Crop improvement is formed by three units namely the Crop unit, Veg’s and Fruits and the Protection of Seed unit perform several major tasks below them.

In addition, collaborating with the Asmara Brewery Factory, NARI manages to introduce and distribute 20% amounted special Barley for Beer. In terms of Fruits, the late 90’s fruit

family of orange, lemon, apple, and banana brought from California, are present market commodities. In 2005 about 3000 seedlings of the selected bananas (Williams and Grand Naine) were distributed to farms in Akordat, Gash-Barka region. Banana species of William and Grand Naine were imported due to the local production lower quality. Since commencement of citrus seedlings production more than 4000 seedlings were produced and distributed to the farmers. The institution is also engaged in assisting farmers by distributing crop seedlings free of charge.

The Horticultural Research Unit studied main commodities like Onion, Pepper, Potatoes, Cabbage and all the citrus fruits and discover the drawbacks each commodity had and came with an upgraded version of these commodities to today’s market. Moreover, about sixteen collection of variety palm dates are produced in the satellite station of Gahtelay. The collection covers soft, semi-soft and semi hard date types.

The fact that all of this is small from the research institution’s overall undertaking, more is currently been executed on the ground. Communities are enjoying the varieties of crops more than ever because institutions like NARI are in constant upgrading process to save the best not for last but to keep it always the best.

Preceding, Earlier to that, Prior to it, the Past… and so it goes; Archeology!