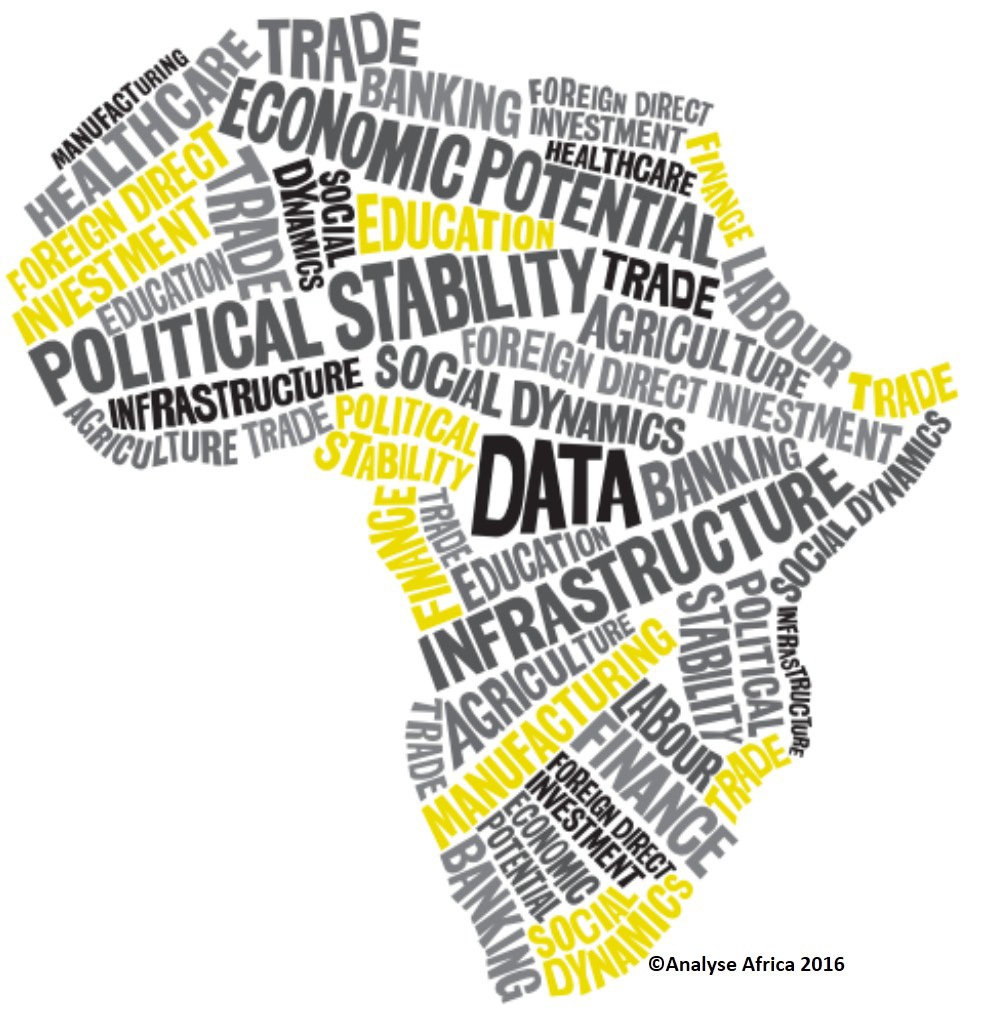 This past Sunday, the 20th November was Africa Industrialization Day. In consonance with the 2030 Agenda for Sustainable Development Goal 9, this year’s theme focused on “Financing Industrialization in Africa: Challenges and Winning Strategies”, and called for the building of resilient infrastructure, the promotion of sustainable industrialization and the fostering of innovation. UN General Secretary Ban-Ki Moon highlighted, in his official speech, that the theme also embraces the 2063 Agenda of the African Union for “inclusive growth and sustainable development”. He further underlined the need for the continent to create “millions of new, high-productivity jobs every year”.

The establishment of this day was enunciated at the 25th General Session of the Organization of African Unity and Assembly of Heads of State held in Addis Ababa, in July 1989. And, within the framework of the Second Industrial Development Decade for Africa (1991-2000), November 20th was proclaimed by the UN General Assembly as Africa Industrialization Day under Resolution 44/237, with its first remembrance subsequently held in 1990. Observing this day is seen as an opportunity to raise awareness and commitment of the international community to the industrialization of the continent through different activities under the auspices of the UN Industrial Development Organization (UNIDO).

At the time of the proclamation, the economic situation of the continent as well as the political climate in many countries was far from stable or promising. The debt crisis, onerous conditionalities under the IMF Structural Adjustment Programs of the 1980s, rampant civil wars, and inter-states conflicts projected a gloomy picture and an uncertain future for the continent.

So what inspired the commemoration of industrialization in Africa, a continent far from being fully industrialized at this point in time? What was the aim behind such observance and does it actually bring any changes? These are some of the questions that crop up in one’s mind. And in any case, how can one envision industrialization when the continent is still grappling with fundamental pre-requisites including reliable and adequate provision of energy, physical infrastructure, transport as well as health and educational facilities. In today’s edition, let’s look at what are the challenges and opportunities in terms of industrialization in present day Africa.

Africa’s diversity, huge land mass, abundant natural resources, young and dynamic population are of course positive ingredients that augur well with its potential for economic growth and industrialization. These positive factors are indeed incongruent with the somber fact of underdevelopment that affects the majority (over 30) of its member States. We shall not delve here into an extensive historical discourse of how and why this has come about. That of colonization, unfair terms of trade imposed under the World Trade Organization, pressure from Europe and North America for disadvantageous import-export trading tariffs, unsustainable debt, lack of good governance and corruption, have all hindered rapid progress in the continent are relevant contextual elements is of course evident. But the vestiges of the past cannot determine the prospects of the future. That is why the theme this year was forward-looking; to examine prospects for financing industrialization; to soberly assess what is possible for Africa in the years ahead?

According to the Economic Report on Africa 2016, one aspect that Africa needs to focus on is the “adoption of alternative economic pathways to industrialization”. Africa has immense potential for industrialization but surely the previous theory of modernization has failed due to external conditions imposed on infant industries. Nonetheless, today, Africa as a latecomer can learn from others and design its own method of industrialization for development. In this regard, primary focus on intra- and inter- State collaboration will be key for Africa. This is hinged on enhancing local partnerships and relying less on external solutions.

In this respect, Lawrence Mbae (2014), raises some important economic facts that are crucial to highlight here in his article entitled, “Industrialization in Africa: Can the Continent make it?” The author points out that Africa possesses 12% of global oil reserves, 40% of the world’s gold, about 80-90% of chromium and platinum, 60% of the world’s under-utilized arable land and important timber resources. Still, only about 1% of global manufacturing originates from African countries. Undoubtedly, the lack of industrial development forces African countries to rely merely on exporting raw materials while importing value added goods. The comparative advantages of Africa are consequently annulled triggering acute dependency and low economic power in the continent.

Manufacturing goods combined with an inclusive economic approach could reverse the trend. This will have to be bolstered an inclusive approach that will allow all involvement of and synergy between all layers of production in the value chain. Surely, the notion of participation in the global value chain is assuming growing traction on the African continent. Many researches or institutes are focusing on such approach to industrialization. The Africa Growing Initiative Report (entitled Foresight Africa: Top Priorities for the Continent in 2016) looks at the issue of comparative disadvantages that Africa suffers from. One of the approaches highlighted is the need for integration into regional value chains to generate economic gains in the short run and facilitate integration of African production into global value chains in the long run. This is stressed by Andriamananjara in his essay: Regional Route to Global Value Chains (2016). His arguments are plausible and supported by other scholars and more importantly, by African companies and governments.

Certainly, mobilizing the international community for the industrialization of Africa will be useful. But it will not be successful without generating a sense of ownership of Africans themselves, particularly at the top decision making levels. “The sparkle in the eyes of the fortunate few are drowned out by the sense of exclusion of the majority”, states Dr. Akinwumi Adesina, current President of the African Development Bank (AfDB), in his article: “Investing for Africa’s Inclusive Growth, which was published in the Africa Investment Report 2015. This statement accentuates the current state of affairs in the continent which hamper potential development. On the other hand, one can argue that this will be short-lived. The emergence of major regional blocks, such as the Common Market for Southern and Eastern Africa (COMESA), ongoing serious research on different aspects of risk management, corporate governance, financial flows and suitable economic development programmes and models will surely herald a paradigm change in the continent’s traditional approaches to economic growth and industrialization.

African companies are also reshaping their approach towards a more inclusive growth as stated above. In fact, in Nigeria, various companies have started to organize and challenge economic policies of foreign companies that are extracting the natural resources of the country while leaving little of their whopping profit to the locals. As a matter of fact, the amount of benefits from exports that accrue to the country does not exceed 5%. Mauritius has also managed to diversify its economy which was solely relying on one single crop, sugar, which was exposed to water and price variations (Mbae 2016). It enhanced education and diversified its economy in promoting tourism, textile industry, financial services and high technology (Mbae 2016).

Besides this, Nigerian companies affiliate their unions to promote industrial policy and sustainability of their businesses. As such, National Union of Textile, Garment and tailoring workers, of petroleum and natural gas workers, of chemical footwear, rubber leather and non-metallic products staff, steel and engineering workers among others organized themselves with the slogan “Back to basics: revival of basic industries and creation of sustainable development” (DailyTrust, Nov. 2016).

Through this mobilization of all major industrial sectors in the country, it reinforces and shows the commitment of the people to overcome the current trend disadvantaging local markets through policy dialogue meetings with stakeholders from governments, financial institutions and development partners to find solutions towards industrial manufacturing. Certainly, both policy makers and businesses joint efforts show positive outcomes. As Tony Elumelu from a Nigerian investment company, and Carlos Lopes from the UN Economic Commission for Africa made a joint call for “Africapitalism”, in other words, their common statement expressed the need for “private-sector business leaders to do more to tackle poverty and drive social progress by ensuring long terms value addition is built inter their business model” (CNN, Nov. 2013).

Manufacturing is the key tool for Africa’s industrialization. Besides the fact that the continent Gross Domestic Product (GDP) of the last 20 years increased at the pace of 4.7% a year (UNCTAD 2016); about 6% of all employments in Africa are within the manufacturing sector and it has remained stagnant for decades (Schneidman 2016).

How could then, this figure be improved and meet the SDGs as well as keeping in the loop this year’s Africa Industrialization Day?

Without a doubt, the financing will require strategic policies as well as basic necessities to be met for the successful industrial plan of the continent. To strengthen this, the economic development lies in concentrating efforts for the production of added value goods to the immense resources available and thereby, diversify the economy, create jobs to the youth as the continent’s median age is set below 20.

This ambitious economic plan won’t be possible without addressing key issues anchored in the continent from good governance, the lack of basic necessities such as education and health, roads system, smooth transport facilities, perpetuation of corruption and illicit financial flows, good regulatory and fiscal system, good governance and above all, political stability. Unquestionably, overturning the trend towards an industrial Africa on its own way would be possible through goodwill and reinforcing the people’s capacity building while looking at reshaping African countries policies of development through a regional approach prior opening to the global economy.