“Through Harmony… Strength is delivered” International Day of Persons with Disabilities 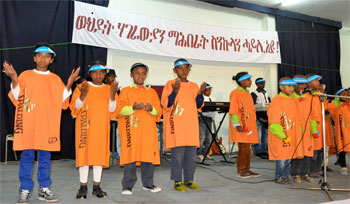 All year long, recognized International Days are commemorated throughout the world to celebrate, remember, and analyze achievements, ongoing challenges and methods for improvement for the upcoming year. This is the role of universal days and the month of December is home to numerous imperative ones.

The 3rd of December is one of them; the International Day of Persons with Disabilities (IDPD) enunciated by the United Nations in 1992. Since then, it has been a day observed globally putting a greater focus to assess positive achievements as well as ongoing challenges to persons living with disabilities. Besides, this year’s IDPD goes in line with the 10th year anniversary of the adoption of the 169 parties strong Convention on the Rights of Persons with Disabilities (CRPD) along with the recent adoption of the 17 Sustainable Development Goals (SDGs) calling for the “building of a more inclusive and equitable world for persons with dis-abilities” (UN, Dec 2016).

Hence, as expressed during the UN Day celebrated last week in Asmara, the words “to leave no one behind” were constantly  repeated and this goes along the lines with the slogan for inclusion and effective participation of those with disabilities into the development goals as any other members of society. In doing so, important work needs to be carried on in fighting against discrimination, cultural beliefs in addition to ensuring the equal access to basic social needs such as transportation, education, employment and health care services.

Through the theme of the year, the international community, governments and civil societies are able to engage and consider, through the annual motto provided, as a guiding principles in putting greater emphasis on specific areas of concern. As the IDPD was celebrated for its 24th time worldwide and 21st time in Eritrea, it is important to look at key facts and the work ahead for the upcoming years.

Accordingly, the UN High Commission for Human Rights (OHCHR) stressed that in 2016, about 1 billion people live with disability around the globe, counting for about one in seven people and more than 100 million disabled persons are children. Further to these, about 80% of people living with disability are to be found within the developing world. And the alarming rate of 15% of the global population lives with a disability.

When looking at figures on the African soil, USAID estimates that about 60-80 million people are living with disabilities in 2016 or about 10% of the overall African population and could probably increase to 20% in poorer areas. There are factors contributing to a continued increase of people living with disability in Africa, besides other parts of the so-called ‘Global South’, such as war and conflict, HIV/AIDS prevalence, birth defects, malnutrition and diseases, aging population, environmental hazards, natural disasters, traffic and industrial accidents (SADA 2016).

Looking at the Eritrean case, without a doubt, the number of people living with a form of disability remains significant with about 120,000 to 150,000 disabled persons nationwide (MLHW 2015). As such, Eritrea is a partner to the international fight for the respect and full participation within the societal settings in all its form from social, economic and political aspects. Thus, Eritrea strives against any cultural beliefs or obstacles to the disabled segment of society in line with the Convention concept that the battle “results from the interaction between persons with impairments and attitudinal and environmental barriers that hinder their full and effective participation in society on an equal basis with others” (CRPD 2016).

In view of that, Eritrea engages itself every year in the commemoration of IDPD nationwide and as the tradition dictates, this past Saturday, the 3rd December, Eritrea joined the cause by organizing an event at the G3- Expo Hall in Asmara. Children were the guests of the day, wearing their school uniform in blue, pink or green accompanied by a blue hat with the International Day Celebration written in Tigrigna all under the supervision of the committee of teachers-parents from different schools as well as members of associations. For the occasion, the capital city was decorated with banners displaying slogans such as “Harmony of Organizations of Persons with Disabilities creates Force”. A strong message calling for synergy among all stakeholders in Eritrea to accomplish real results in improving the lives of citizens living with disabilities as well as their families. With this in mind, organizers under the lead of the Ministry of Labor and Human Welfare (MLHW), invited guests from the diplomatic community, UN agencies, and government bodies along with civil societies called present to commemorate together the IDPD.

The ceremony continues with the official statement delivered by Minister Kahsay Ghebrehiwet of Labor and Human Welfare, in which he remembered the audience that “disability can happen to any person at any time or any place by any cause”. As such, he raised the attention of all citizens that persons with disabilities “are part and resource of a society”. He called upon tolerance and the importance to engage people living with disability within the society’s activities and development. His words went in line with a drama of four children with different disability and how any disability should not be an obstacle to live as any other citizens and that by joining hands all disabled could achieve more. Another little boy, Rufael from the autistic school in Asmara, performed a poem where he stated “send us to school for us to be successful and motivate us to do so”. Thus, Minister Kahsay also explained the ongoing work since independence in preventing disabilities, ensuring the access to equal opportunities in all aspects of life as well as undertaking rehabilitation programs.

In doing so, the work of civil society groups in partnership with government institutions along with UN partners such as UNICEF, UNDP and WHO are showing great progress especially in awareness raising and resources mobilization. Consequently, through micro-credit scheme to war-disabled veterans to sustain themselves financially, the creation of schools for autism and down syndrome, for the visual and hearing impaired population, the access to vocational trainings as well as continual awareness campaigns in the most remote areas have seen more acceptance by the society and a decrease in discrimination, in pointing the finger at and dishonoring. As one child expressed to the crowd “no more hiding, let me go out as any other kid” was a strong message against the cultural shame that the Government through its associations is striving against.

Indeed, the role of civil societies is predominant in cultural beliefs as well as in ensuring and advocating for disabled persons and to create producing citizens as a young kid, Weldense, said in his poem in Tigrigna “Afreyti zega”. This year’s commemoration, thus, called upon the responsibility of national associations in joining hands with the sole aim of bringing about quantitative and qualitative changes through experience sharing as well as joint work plans through harmony creating strengthened impacts towards the self-reliant strategic programs of rehabilitation of the disabled.

Harmony was, therefore, the word of the day and seconded by the Government’s partner, the UN in Eritrea represented by Dr. Pierre Ngom, UNICEF Representative in Eritrea in which, he gave a speech on behalf of Ms. Christine N. Umutoni, UN Resident Humanitarian/Coordinator. He highlighted the significance of the day as it is “a day to break the walls of disabilities and celebrates abilities”. Surely, as Eritrea does so each year through its performance, the day aims at showing that “a person with disability can be a vibrant member of society”, he added.

In line with the recent launch of the new Strategic Partnership Cooperation Framework (SPCF) 2017-2021 between the Government of Eritrea and the UN; it is a continuity of the previous SPCF which include issues of persons with disabilities under the community-based rehabilitation and disaster risk reduction programs; in terms of advocacy, sensitization and attitude changes towards disability, rehabilitation of person with disabilities, empowerment and equal opportunity and community mobilization. Dr. Ngom underlined that partnership with the Government of Eritrea will continue in a more vivid approach in those areas including the prevention and response to injury and child disability, the access to social services such as provision of donkeys to assist children with disabilities and hard-to reach girls to go to school and mine risk education as well as in strengthening policy outline.

The commemoration of the International Day of Persons with Disabilities was, henceforth, the occasion to draw the attention of local communities and in assessing the achievements and ongoing challenges. It is with this in mind that all national associations engaged themselves in working in harmony for the wellbeing of the most vulnerable groups of society and ensuring their full participation within the society. Clearly, by leaving no one behind through harmony of work, Eritrea can deliver strength intended for sustainable development, subsequently, answering to the International theme of “achieving 17 goals for the future we want”.