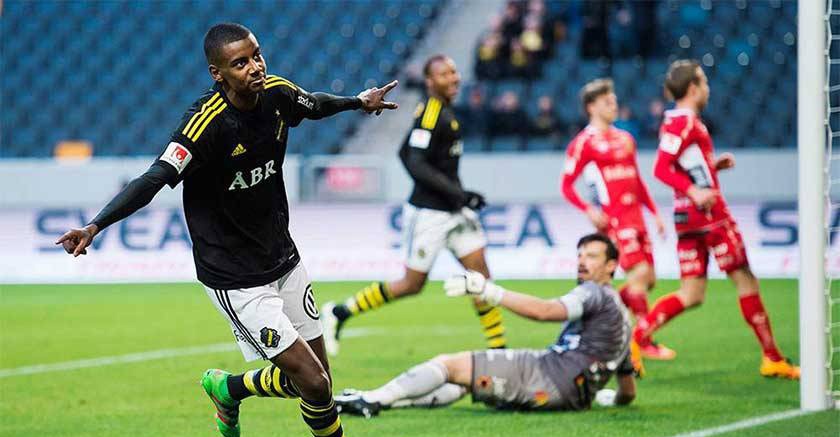 Alexander Isak has had a week to remember. He made his debut against the Ivory Coast on Sunday, becoming the second-youngest player ever to turn out for the national team.

On Thursday, he went a step further as his 19th-minute goal against Slovakia made him Sweden’s youngest ever goal scorer.

Isak has been making waves around Europe for some time now. He’s the Swedish top flight’s youngest ever goal scorer at 16 years and six months, and now, at the age of 17 years and 113 days, he holds Sweden’s record for youngest-ever scorer in national team history, breaking a record that stood for 105 years.

Real Madrid are rumored to have already had a bid rejected for the young Swede, with his performances for AIK in his home country prompting scouts from around the continent to monitor his progress.

Standing at 6’2?, powerfully built, with silky skills and a ruthless streak in front of goal, Isak is already drawing the inevitable comparisons with Zlatan Ibrahimovic.