Why you should Travel to Eritrea this Year Part II 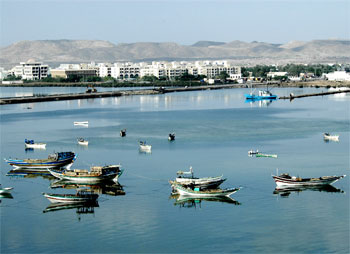 In our last issue, we were immersed in the daily life of Asmara starting from the early morning hours going through the day. In today’s Eritrea Profile, we’ll discover what evenings in Asmara have to offer. We’ll also take a look at other destinations in Eritrea.

As the evening approaches in Asmara, the city gets busier with people leaving their workplaces, coffee places are full, the red buses and yellow taxis are taking over the streets of the capital. Internet cafés are delighted to see their clients queuing to use their networks. The evening hours are known to be the time for “passegiata,” or in other words, an unhurried, relaxed stroll to see and to be seen, which is a tradition to be shared by all generations of Asmarinos without exception.

After spending the day at the city center, one cannot pass overlooking the numerous photo studios featuring huge photos of newlyweds, fashion celebrities and kids on their display windows. How about taking a photo souvenir and let yourself play the role of a model to delight one of the many photographers in town?

While the weather becomes chilly by the end of the day, it is time for dinner. Plenty of restaurants respond to anyone’s taste, places such as Coco Restaurant in Godaif or Al Sicomoro in Tiravolo for those comfort-seeking customers, Spaghetti House for a delicious pizza with friends or family, Laza or Napoli restaurants and their fairer prices. For fans of traditional dishes, a tour to Ghidei Santa Antonio restaurant would be great for an evening of relaxation. Ghidei: a cozy house where, the owner, manages to make it unique through her unique settings featuring photos and souvenirs illustrating Eritrean history and culture while enjoying a traditional meal and drinking a homemade Mies, a drink made out of honey. You may also want to try a very local meal typically shared by youngsters and a less costly meal known as ‘Fata’ at Modern Café, for example, and so many other places in the city.

Fervent of nightlife will also enjoy one of the many bars and lounges available in the city, Dina Hotel and its vintage decoration, Zara Bar and Lounge or perhaps Admas Lounge and its beautifully decorated terrace or one of the local bars located in all corner of town. Alternatively, one may choose a more typically Asmara night at one of the many piano bars where Asmara Beer is served to accompany the music.

Indeed, piano bars are a longstanding tradition in Eritrea’s nightlife. Starting around 9pm usually, places like Hakose, Hiwinet or Sunshine are always calling present where famous and less famous singers and musicians sing old jazzy Eritrean songs or English ones to please their audience. Often the public will join singers by singing in unison and cheers them by leaving them a banknote on the artists’ forehead.

Those willing to exercise their dancing skills will enjoy a night out at one of the clubs featuring live bands where popular artists of the day perform hit songs throughout the night. Given the interplay of the kirar, keyboard, guitar and saxophone, the live band is commonly loved by music fans while others may enjoy the beats played by one of the nightclub DJs in town.

Time to go home and get one of the yellow cabs. Quickly, you’ll notice how safe is city is even at the latest hours of night. Late-nighters, you’ll be ashamed to see women and men in their netsela rushing to go to church!

No time to rest after looking at the wonders of Asmara, as its time to take the serpentine road towards the Port City of Massawa!

Given the early morning hours, the mild breeze and the fog covering the landscape, one may feel as though they’re on top of the world. All the while, village dwellers living by the roadside of Durfo wave their hands to greet those passing by while youngsters sell their freshly cultivated beles, or otherwise known as prickly pears.

Passing through villages and valleys of houses in white, green or yellow and the indefinite horizon of mountains along the 2000-meter descent, you eventually arrive at the town of Ghindae’. There one may choose to take sip of Areqi, a local anise-based alcohol known traditionally to prevent the negative symptoms of rapid climate change while passing through three seasons in a lapsed time of about two hours. Those less willing to try some Areqi can always have a fresh juice made of guava, mango, papaya or whatever fruit is in season.

The road continues and you start feeling the heat of the seaside. Soon enough you’re passing Gahtelay and may decide to take a turn along a dirt road and go to the secluded hot spring of Mai Wuiy, traditionally known for its therapeutic benefits and curing rheumatism and other diseases as local inhabitants explain to visitors.

At the town of Gahtelay, you will see a line of tea houses on the roadside interrupted by competing lines of watermelons where visitors usually take the time purchase the two commodities, with watermelons often being eaten on the beaches of Massawa.

“Welcome to Massawa” reads a banner at the city entrance of the more than 1,500 year-old port city of Eritrea. Indeed, the strategic location of Massawa has put the port at the mercy of invaders and traders. Historically, it has been a transitory passage for people as well as a treasure for tourists looking for calm and an untouched sea life living along the 350 islands of the Dahlak Archipelago.

The archeological sites are also part of the many attractions possible at the seaport and, in fact, archeological excavations are being carried out at the moment in an attempt to uncover the ancient port of Adulis, which is known to be the point of passage and a main trading port linking the Arabian Peninsula to the African continent.

While walking around the city with a bottle of water in your hands, sunglasses and hat on, you will be ready to visit the old town, an untouched treasure reflecting traces of the past through its architecture and remains. Ancient coral buildings and arcades reflecting the Ottoman Empire will take you back in time.

One can choose accommodations that include renting houses or staying at hotels like Central, Red Sea, Seghen, the renowned Dahlak Palace Hotel or the hotel at the Gurgusum beach resort. One’s choice of hotel responds to a number of different tastes, helping to make one’s stay unforgettable. You will rush out again to continue visiting the old part of the port city.

Indeed, the old town featured different periods of time significant in Eritrean history and you will be immersed in those epochs as soon as you enter the city. The traces left by the bullets of the war, the ruins are what gives a feeling of a ghost town while the dwellers manage to revive it by opening up bars, restaurants or shops.

Oh, the food! You will probably be hungry after this road trip and you won’t be disappointed by the freshly cooked fish from the Red Sea coming on a grilled plate, locally calling it tchaq’-tchaq’, because of the sizzling noise it makes! An Asmara beer will likely accompany many tourists’ meals along the seaside to cool the body under the scorching heat of Massawa.

Massawa, once called the ‘Pearl of the Red Sea’ is a reflection of its peacefulness which existed already during ancient history as a chosen place of refuge by many foreigners. In fact, it is said that Prophet Mohammed’s companions, the Sahaba, took the route to Massawa fleeing persecution in the sixth century A.D. and settled at Ressi Medri, the actual center of the Massawa harbor and considered a sacred site. The site features the oldest mosque in Africa, the Sahaba mosque, which is located by the Free Zone port.

Besides this, in the city center, which is quiet and peaceful there are several markets great to pick some souvenirs and also hang out while sightseeing the art deco features of the buildings such as the carved wooden doors, shutters and balconies, the old caved market and the old Italian bank by the entrance to the port. For the faithful, Massawa hosts the annual worship of Saint Mary, welcoming thousands of pilgrims from all over the country.

One more event that sees the overflowing of visitors is the celebration of the liberation of Massawa in each year on February 10th, in remembrance of the 1990 Fenkil Operation, which was a seminal historical event on the path towards independence a year later.

The unpolluted sea shores are also a great sight of attraction. Above all though, you will definitely fall for the charm and warmhearted reception by local Massawinos. You may also revel in the experience of swimming in turquoise-colored seas while enjoying the unpolluted landscape and the numerous wild birds and islands.

Then comes the islands—the favorite part of your trip down to the seaside. Scuba-diving lovers will enjoy a diving session with professionals of the city, who often delight in taking tourists to discover the underwater wildlife, which continues to be under conservation. While there are many developments with the expansion of the free zone or the building of refrigerators and fishing factories, preserving the environment continues to be a priority alongside development.

Without realizing it, you are already on a boat that has you passing through a seemingly endless string of islands, small and big in size. Some of the islands contain rare archeological remains such as Green Island, locally known as Sheikh Seid Islands. Before long, one may reach 90-square km island of Dahlak Kebir, the largest along the archipelago where the Afar and Dahlaki inhabitants live. An island full of treasure and remains of the past, traders and settlers often chose it as their place of living with a direct linkage to the port of Adulis.

The amazing 365 water points are still well conserved and used to serve each day of the year while remains of ancient necropolis, tombstones with Kufic scripts for the delight of history lovers. Time for a traditional meal with the host community of the island made of fish, flat breads and rice while enjoying a chat before getting on board of the boat back to the port city.

After enjoying the heat, the seaside, the food and historical sites, there are still many other treasures Eritrea has to offer for anyone visiting the country this year. In the third part in our series, I will take you to other areas of the country and give you yet additional reasons travel to Eritrea this year.