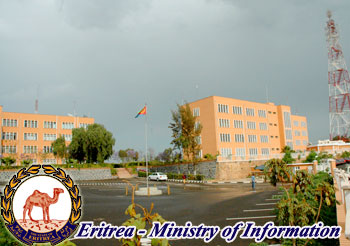 Eritrea: Status of the Harvest this year

Eritrea: Status of the Harvest this year

Annual precipitation levels in Eritrea, and the Horn of Africa region in general, are not always plentiful.  The main rains tend to be erratic both in terms of spatial distribution and frequency particularly in cyclical years when the overall volume is below or near normal.  There are also years when the region is struck by severe, even if localized, droughts.

The ecological fragility of the region thus makes it incumbent on governments to funnel public investment on water infrastructure for irrigation, pursue multi-layered programmes and packages of food security as well as engage in purposeful and planned storage/prepositioning of supplies for lean years.

These considerations have indeed prompted the GOE to chart out, especially since 2005, a comprehensive and long-term programme of food security to ensure, at the minimum, adequate/surplus food supplies both at the house-hold and national levels in normal years and to mitigate the effects of drought in bad years.   This coherent and multi-faceted strategy has helped the country offset crop shortfalls in a couple of years in the past decade when the harvest was essentially poor.

Nonetheless, the harvest in Eritrea has been bountiful this year for a variety of reasons.  The Bahri (eastern escarpment) rains in autumn 2015, the short rains in the highlands in the Spring of 2016 and, more importantly, the main Kremti rains between June and September 2016 were abundant in terms of geographical distribution, frequency and timing.  These tallied well with crop harvesting cycles and patterns contributing to almost a bumper harvest.

In the event, it is baffling to see grossly inaccurate and bleak projections and reports of the food situation in the region that also portray a “severe crop shortfall in Eritrea”.  Benign concerns are of course always welcome.  But there are also reasons to believe that this seemingly innocuous campaign may have been conceived by certain quarters for malicious ends.