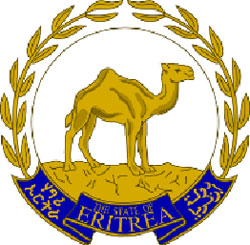 My delegation does not wish to waste the time of this august body to indulge in acrimonious exchanges with the Special Rapporteur.  The selective bias inherent in the so-called testimonies that she brandishes; the lack of professionalism in her overall approach; the political bias and agenda that have marred her recycled reports are these days too well known and acknowledged by a growing number of governments and neutral bodies. In this respect, we see no dividend in dwelling on her statement.

Last year alone, over 112,000 Eritreans in the Diaspora visited their homeland as part and parcel of their routine vacations and also to celebrate the country’s 25th Independence Anniversary.  When the Special Rapporteur issued its vitriolic report on Eritrea on the basis of testimonies of some 250 or so asylum-seekers of dubious credibility, over 42,000 Eritreans wrote to her protesting against the unfounded and politically motivated vilification campaigns on their country.  But the Special Rapporteur is avidly obsessed with advancing the agenda of “regime change” of notorious quislings and foreign countries.  Indeed, she has no time to listen to the people of Eritrea.  In the circumstances, the humble request of Eritrea’s delegation to this august body is to end this charade once and for all.

Let me avail of the occasion to briefly highlight two matters that have a bearing on the subject in question.

The first is the risk of politicizing the Human Rights Council by resorting to country-specific instruments which are not productive and constructive.  This practice is fraught with the risk of resuscitating the malaises and follies that rendered ineffective the predecessor of this body 11 years ago. In the event, Eritrea appeals for clarity and universality of methodological and procedural instruments that the UNHRC employs.

A related subject is the Right of states to be elected as members of the Council. The current practice bars States under special procedure from consideration for membership in the Council.  In the event, where the original accusation itself is flawed, this practice entails double injury to the parties concerned; especially in the absence of rigorous criterion for assessing the eligibility of other candidates.  Accordingly, Eritrea requests for a thorough review of this procedure.

Other critical procedural issues relate to the five-minute response time for a country under a special mechanism.  There is no fairness and parity when the accused party is restricted to respond in barely five minutes to lengthy reports – sometime 500 pages long – from the plaintiff.  Another procedural hurdle which affects negatively a country under special mechanism is the denial of a concerned observer State to react to a resolution where another observer state is privileged to table a resolution.  These procedural matters impact negatively on the concerned State by restricting latitude for greater discussion and generally by undermining fair play and a level playing field.

Let me now turn to the progress on fast-tracking human rights as part of the overall developmental programs with special focus on the implementation of the UPR Working Group recommendations that my Government has accepted.

As explained in various previous occasions, the prolongation of National Service has been imposed on Eritrea due to the threats of war that continue unabated.    This state of affairs notwithstanding, the GOSE has introduced in the past two years a raft of measures, including harmonization and substantial increments on the Civil Service Salary Scale.  As a result, National Service Members, the majority of whom are assigned to professional and civilian tasks, as well as those who remain in the Military, are obtaining remunerations that are congruent with their professional/skill and occupational services. The GOSE also continues to demobilize female members on a continuous basis.

Sensitization campaigns on the revised Eritrean Civil, Penal and their procedural Codes have and continue to be undertaken in a rigorous manner – through public meetings, weekly Tv, radio programmes as well as constant columns in the printed press.   These campaigns will consolidate public knowledge and full awareness of the laws of the country and enhance the rule of law.

Coordinated efforts and expanded Government engagement and cooperation have been stepped up. The first coordinated yearly evaluation was conducted in December 2016 in Asmara, the capital city. The evaluation has led to planning on wider scale by critically assessing the ongoing process.  Agreement was reached to fast track and undertake a midterm formative evaluation in May 2017.  This will enhance continuous follow up and preparation of the third Cycle of the UPR Report. In general, significant strides have been made in the implementation of many areas in particular in the administration of justice, in areas of development and social equality, in the penitentiary system, in engagement and international cooperation

Cooperation in the implementation of the UPR Recommendations and general human Rights issues and cooperation with the office of High Commissioner is also proceeding smoothly in accordance to the projected schedule.

Let me conclude by reassuring this august body of the commitment of the Government of the State of Eritrea to safeguard human rights.

Conserving Every Drop of Water