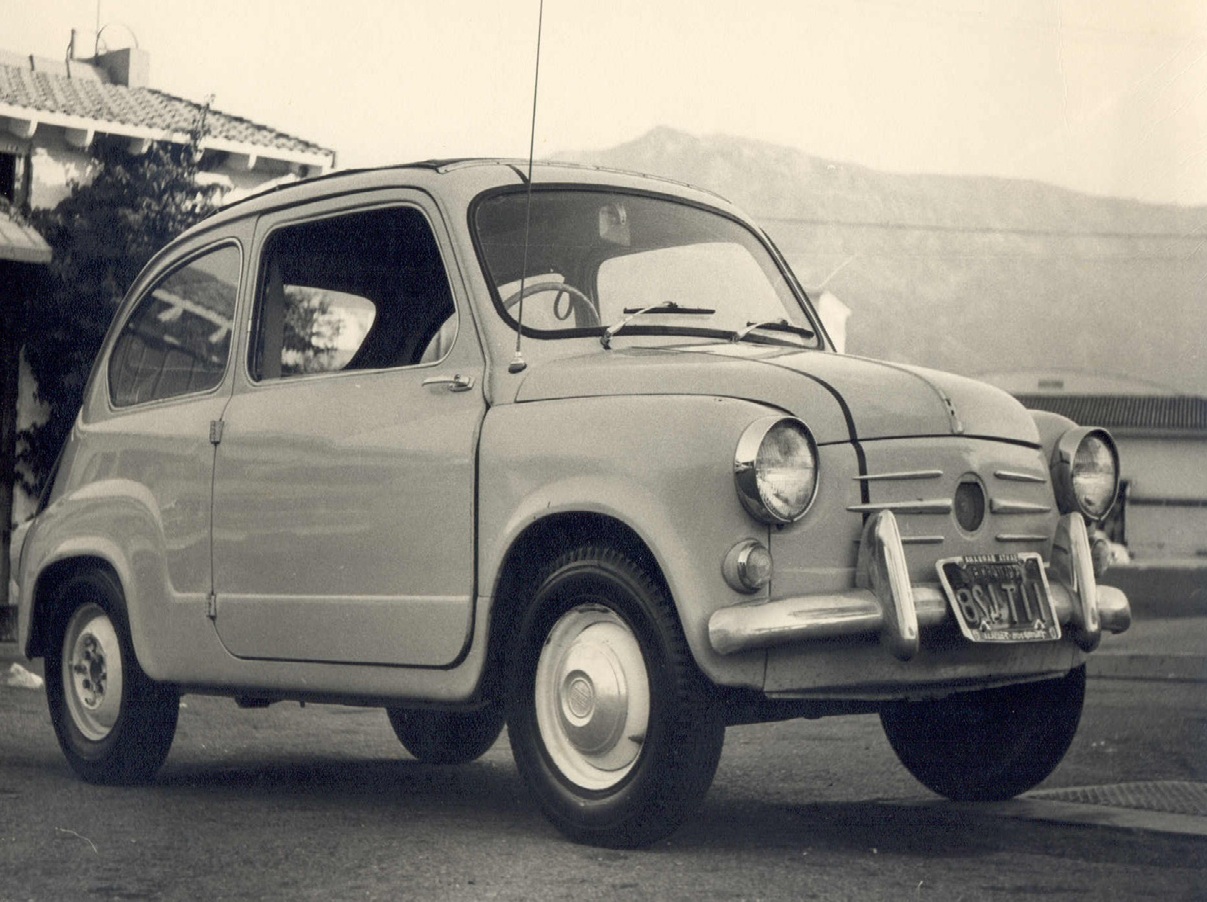 Seicento in Italian basically refers to the 17th century. The word refers to the Italian cultural and social history during this period characterized by several wars, conflicts, invasions, and the patronizing of the arts and architecture. Nonetheless, this article is not here to discuss the word Seicento and its background but talk about a car known for that name and its role in our country; the 1955 FIAT Seicento. During the 1960s, ‘70s and ‘80s, the car became very popular in various countries across the globe.

When I was a school boy, I never thought of driving a car. All my focus was in my studies. The moment I decided to get on and drive the first car, it was the FIAT Seicento. It was a city car the Italians left and is still functioning as learner driving car in our country. These type of cars were used as household cars by the Italians and, at some period, they took a transition into becoming competition cars. The FIAT 600 or Seicento was a remarkably first choice in its time. It was the very first challenging vehicle I ever step into. As a matter of fact, no car had stepped into our house at all, but we recently have renovated our compound gate and made it wide hoping one will come soon. For the time being, though this is a relief for our bikes in the house to park without any discomfort.

The idea of owning a driving license pops into my mind after a relative who had a car told me that it was good to have one. Our minds are prone to change depending on the life styles and people we follow. Well, for many personal reasons, people aspire a vehicle to accommodate their needs or simply for show.

If someone wants to own a car and drive in some given country, then I believe that person should follow that country’s traffic rules. There are qualifications needed and credentials must be earned through a standardized driving test. Realizing the importance of an automobile, everyone in town reserves their pocket money for driving lessons and the frustration that comes with it.

As a first time learner, one has several challenges to overcome before the actual test; the challenge to know the character of the car (in our case Seicento) since it gets absurd with simple errors(as of this days), the challenge to cope with trainers, another challenge to pass first exams, the challenge to get a merciful examiner on exam day, the annoying practices till you are selected for exam when you even feel you are well compromised with the car, a challenge to pay for your tickets in every driving practice. To have a driving license or “patente” is a headache everyone talks about; even those who succeed recall it as a torture. Many loath to expend a lot of time to practice and to modify their schedules to acquire a license. Sadly, it rarely goes as expected.

Many experiences are shared between people in practice hours. You witness and hear trainers scold their students inside and outside the learning car when they make wrong moves. Since the trainers spend most of their times with this cars they have little patience towards errors made by learners. Sometimes they can’t be blamed. One wrong move, you accept your scolding humbly as long as you want yourself perfected in short time, thinking to avoid buying additional tickets. Some trainees change their training cars into horse carts, forgetting to give enough gas on their right foot pedal. One can’t help but mock the entire drama.

Others drive the cars 360 degrees as if they were in some circus show. Some forget to just press the gas pedal slowly with the tip of their feet and find themselves giving more gas, forgetting to start with the first gear making the car yell out loud, “Please relieve me from this driver”. In fact, the pedals are too small to measure with Air Jordan or Air MAX shoes.

Just when the learners think all is well, sometimes the steering wheel breaks off, failing to resist the force of modern people, making for a dramatic incident. At other extreme, these days, many modern classic cars are self-driven and can park without a driver. It will not be long before flying cars are introduced. Who knows?

In the driving trainings session there are two exam days for the trainees to be eligible drivers. These exams are known as the hurdle exams or nay mesenaKl and the city roads exam or nay ketema. The first one, I presume, is simpler than the second because one needs only good practice and reading of the car’s overall characteristics. It is a lone driving exam.

Nay ketema exam is a bit challenging since a learner has to fulfill certain requirements starting from switching on the engine and following proper steps in city roads. On the exam day, the right seat of the car is for the examiner, who puts learner into pressure. In the backseat the trainer follows his student hoping he/she makes it to the final spot. When every exam is about to start, examiners check Seicentos’ if they are fit enough to get started. Even so, at such tense exam hours FIAT 600 let you down in the middle of the roads. Sometimes, it is considered your fault and you get disqualified out of the exam. Disappointing! When it is not in your hands.

Before this entire process take place, theoretical classes for traffic rules and disciplines are given at respected schools. Later, the potential driver is made to undergo eye sight test to be approved for driving practice. It is mandatory to have healthy vision to drive a car.

The good news and a relief for today’s learners is that the Ministry of Transportation has ordered trainers to replace their old FIAT Seicentos with small home cars such as YARIS, Starlet, Corolla and others. This will definitely minimize the challenges learners has been facing during practice and exam days. The reality is that FIAT Seicento played an outstanding role in producing many of our current drivers across different cities in Eritrea. As gold has to pass through fire to shine, it is the same with today’s drivers. They are the products of the historical, stubborn and furious FIAT Seicento.

As is always said, practice makes perfect, this time the difficult traffic exams will be easier with the introduction of new cars. “Drive safe”! was the old warning meant for learning drivers as well as the cars; FIAT Seicento, to exercise safely. Nowadays, however, I assume the phrase suffices for the driver only. Learners were lucky that the manufacturer, FIAT Company, didn’t built in a reject mode option in these cars in the 50’s just like the airbag pops out in emergency times in today’s cars. Otherwise, we could have been thrown away every time we practiced and made errors. Anyways, Grazie FIAT Seicento!

Reflections on OSMA in Eritrea