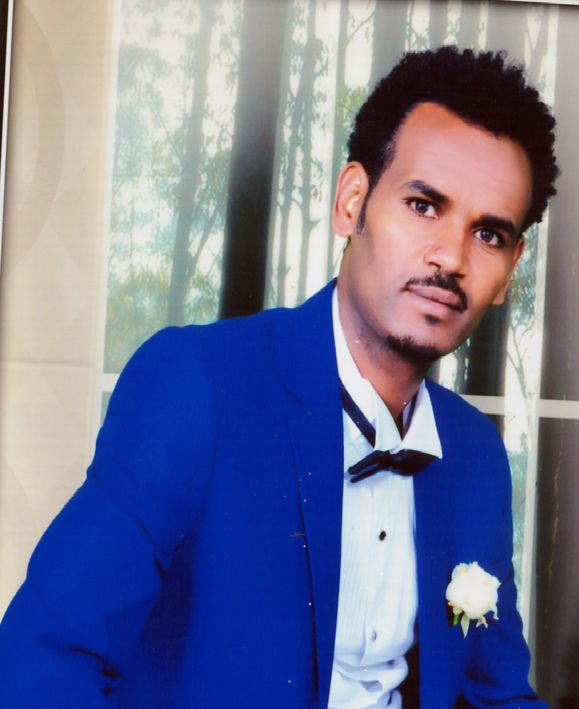 I was born in 1980 in Asmara. I was always conscious about my studies, I always had a dream to be as good as my father and siblings. That had motivated me to develop a studying habit during my educational years. After coming back from Sawa, I joined Asmara University in 1999, where I graduated with degree in Electrical Engineering in 2004. Later on, I was assigned to the Eritrea Electricity Corporation where I am working till this day.

Alongside my studies, I was very passionate about sports, especially basketball. I joined Bizen Basketball Team in 1998. At that time I was playing in addition to coaching another 2nd division team. That is how I got into coaching. As up grading my coaching skills became important, I took different levels of coaching courses. I had also the opportunity to join the Hungary Semmelewis University for International Coaching Course which was a noteworthy course of my career. I was able to finish with very high scores. After that I was assigned to coach five different teams from different divisions. It was a bit challenging because I was still at the university to get my degree. As a matter of fact, it has affected my grades. I graduated with average result. On the other hand, I also knew that I had to sacrifice something to do the things I loved.

In 2006, I was playing for the National Team, but due to different inconveniences, the team wasn’t able to travel for a game. After finalizing my International Coaching Course, I coached the National Team. Yet again, there haven’t been any international games until now which I assume is one of the main problems in basketball. There should be different local and international games organized for the development of basketball. We are still working on it.

Yes. Even though I have a very tight schedule with all my field works and office works, I am serving as the president of the federation. Basketball is one of the first games in Eritrea, which was loved by many and has a long history. However, the management was not at its best. Due to this, the performances and quality of the basketball has been weakening over the years. The federation’s aim is to eliminate the weakness that has ensued during the years. We came up with few changes and for almost two weeks, Boche Fila was a full house.

I believe that we have great talents for basketball. To make it better, but we need to have a different course. If international games are organized constantly, then for sure we can have the fame as much as we have in cycling and athletics. That way we can have numerous sponsors and competitions; it can be a different chapter for basketball. The coaches and players need to be motivated and supported. The great thing about Eritrea, is that we have the talent and the love to even play and work for free. If you take a look at other countries, you need to pay a fortune to form a team, but not here. For instance, I have never been paid to do the works I do in basketball; it’s all voluntary. The same goes for everyone. I say we should consider what we have as something great and use it to create a great name at the field.

I never thought that I was going to be one. Nonetheless, the department was just starting at the time; our country was just freed and was in the nation building process. So it seemed just right to join in. It is a very important and challenging field as it includes restless work and travels. It is when I started working that I really knew my field. We were working 24/7 when we were first assigned. There was a specific target to be made by the end of 2016, and that is for a 55% of the country to have access to electricity. Now we have the exact number: we have covered the 55% of the country which is a great accomplishment. I have been working as the head of technical branches division. It is a branch that deals with matters throughout the country, which is why I have to travel almost throughout the week, to supervise and take care of projects. Also, I am the head of a sub-division project since 2010. I am responsible to deal with every installations staring from surveying, budgeting, designing, and supersizing and reporting.

To mention few, in 2005 I was supervising the third phased Siemens Project which included 54 villages around Keren, Afabet and Barentu, Dekemhare, Segeneyti and Adikeigh for a year. Another one was a rehabilitation program of Asmara Electricity System which I and my colleagues surveyed for almost two years. Moreover, a new project that we are working on around the villages of Areza. It is a project funded by the Eritrean Government, EU, and UNDP. It includes 28 villages to have Solar PV System. We have finally finished the evaluation and the contract.

Well, it still is the system the Italians introduced back then. It is an outdated system and that is why we encounter some distribution problems every now and then. As such, the system needs to change. There is the plan to change the system entirely. With the new updated electrical system, we can assure the stability of the power and safety. The only power cut will be from the source not from the distribution problems we are facing now. Hopefully in the coming three or four years, we hope to have the fully stable power supply.

I have unconditional love to basketball. I also am a soccer player. I was even one of the team members of Tesfa Soccer Team for three years. But basketball has been part of my life. Then again I have to give attention to my job as well. Let me tell you something. What makes me more involved at my job is the feelings I see in those villagers when we install lights for them. It is priceless. Where ever we go the treatment the people offer us during the work time is amazing. That is our reward and motivation to work even harder. And I want to do my best to make basketball be the best. That is my dream. So I say, you have to work hard and be engaged a lot to get something you want.

Yes, I just finished my honeymoon. The first time I have rested in years perhaps. It was the best time of my life. I am married to my wonderful wife, Haben Maekele. With a very busy guy like me you need someone who can understand you. Luckily, I am fortunate enough to have someone like her. Now that I am married I might have to change a bit.

I plan on finishing my Business Administration Master’s program. Besides, we might have few international games so, even though I still am the president of the federation, I plan to coach the National Team. Also I want to work hard on producing great players that have the talent and skills to compete on international levels.

It is nice to work in the field you graduated in, but is great to have your own hobby as well. I just want to remind all the fans of basketball to help each other to make it a better sport.

Libraries as sources of Eternal Knowledge