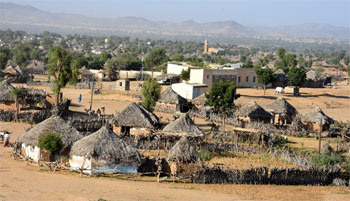 Social justice is relatively not a recent concept. It was born in the unpleasant conditions of the Industrial Revolution and with the advent of socialist’s view to organize the society. The modern concept and term of social justice was coined by the Jesuit Taparelli in 1840’s based on the teachings of St. Thomas Aquinas.

According to the Eritrea National Charter, the origins of social justice can be traced back to the times of struggle for the liberation. The establishment of people’s assemblies and association, initiation of development projects, expansion of social service, changes in the condition of Eritrean women, and the awakening of rural population to participate in the struggle can be a testament of social justice. Further, the liberation struggle held a strong passion for truth and justice, support for the oppressed, intolerance for oppression and respect for human rights and equality.

In the case of Eritrea, social justice means narrowing the gap between haves and have-nots and insuring that all people have their fair share of the national wealth. As in the past, Eritreans understand that the absence of justice can neither earn them stability nor prosperity.

The Eritrean Government didn’t set out to establish the ‘ideal society’ but rather strived for a ‘just society’ where the people are free from the conditions of colonial oppression and ignorance. Economic systems, physical infrastructures, social services and overall activities have to be built fulfilling the desires of the majority and improving their living conditions, ensuring equitable development and guaranteeing balanced national development.

To ensure the realization of all the above listed objectives, soon after the independence, the Eritrean Government engaged itself in balancing the society’s right. Given that economy is a fundamental background and a backbone of the socio-political activities of any state, the government also played an important role in economic sectors. Prior to independence the economy was crucially manipulated and managed unequally by past colonizers.

Many newly independent African states could not improve their social justice practices. Eritrea on the contrary is an exception. Its people and the Government’s effort to work together in order to improve the overall social conditions in the state by enhancing economic growth and building national infrastructures the advantage of the majority can be seen as a model to the rest of the African countries. In addition, the Government has attempted to strength the wellbeing of the people by narrowing down gender inequalities, regional conflicts, religious differences and income related gaps.

The social justice and social cohesion demonstrated in Eritrea promotes and protects equal rights and equal participation and equitable sharing of its limited financial and natural resources among its people to overcome its development challenges. The total societal effort and judicious use of its natural resources is showing progress in rebuilding the economy which was ravaged by war more than once.

As a result, in a short period of time, the country has been able to expand access to social and economic resources to the majority of its rural people. For instance activities undertaken in the Shambqo sub- zone can be cited.

According to Mr. Tesfay Bayray administrator of the Shambqo Sub-zone, the social services rendered in the region are commendable. For example, education is of prime importance in the region. Nineteen elementary schools, five middle schools and one high school were built to fulfil the needs of the society and to increase the literacy level in every way possible. Other social services such as access to potable water and given that Shambqo is the shortest way to reach Mendefera, building the necessary infrastructure for transportation, are positive results of the Government’s efforts to achieve social service in every part of the country. In addition to this health centers were built to give the necessary healthcare to children and pregnant women’s and to protect communicable diseases, which as a result, played a great role in reducing child and maternal mortality rate.
The livelihood of the residents of the sub-zone is dependent on agriculture, commerce and herding and at times on irrigational activities. While the sub-zone is also rich in natural resources and wild animals, the agricultural product is also substantial subject to a bountiful summer season, though hence, the people strive to preserve water and soil. While efforts to safeguard the environment from deforestation are done in order to ensure productivity.

Mr. Tesfay also noted the endeavors taken to help poor sections of the society and to augment Martyrs Trust fund so as to assist parents of the Martyrs especially in the times of

harvesting. In addition to this, loans are given to the people to help them economically.

At last, he underlined that, the people are requested to protect their identity and their culture. Taking the value of keeping Eritrean culture and identity in to account the sub-zone is playing an important role to achieve social justice.

Human and natural resources must develop and must be the basis for any country’s economic development. Assistance from outside is understandable and acceptable to a limited degree, but to make efficient use of it, the country needs to develop its internal capabilities.

Eritrea has been able to promote social justice in all areas of the country with self-reliance embedded in the heart of every citizen.