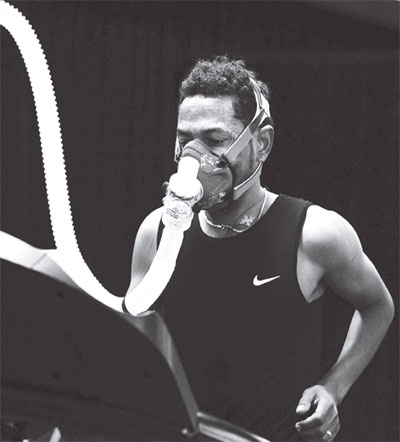 Nike believes it is ready to make this project happen. After more than two years of research and studies, the company is now poised to see an athlete break the world record of marathon in less than 2hrs. After proposing its quite surprising project of breaking two in 2014, the company has spent tremendous amount of time in preparing and selecting athletes who are believed to have the potential to do the job. It has tested and studied the scientific facts of the physique of the sportspersons and finally made the selection of three best runners out of hundreds.

Of course, none of the scientific studies and theories would matter without the athletes’ capability and skills, for the target to be realized. The three top runners who are supposed to make history in running are the big names in athletics: Zersenai Tadese of Eritrea, Eliud Kipchoge of Kenya, and Lelisa Desisa of Ethiopia. The selection of these athletes was based on their skills and potentials in addition to the scientific studies done to analyze their competence. The goal of the athletes is to run the marathon in 1.59.59 or less. In pervious running records, no one has ever nearly came close to finishing the 42 Km. at the breaking two target. The record that has been set so far is 2.02.57 by Dennis Kimetto of Kenya. If the project is a success in breaking two this year, it absolutely is a new chapter in the marathon history and a proof for those who had debated for long that it was possible.

One of the chosen athletes, Zersenai Tadese, born in 1982, is one of the big names in athletics. Besides the various honors he has received in numerous athletics events, he is the first athlete to ever earn a medal for Eritrea in the Olympics. Zersenai is also one of the only two athletes to participate and win in different types of running races; long-distance track and road running, cross country, half marathon and marathon races. He is a four-time Olympian, 2004, 2008, 2012 and 2016. Zersenai holds an integrity of being the second man to win three World Championship medals over three different competitions. On top of all the victories the athlete has won over the years, he was the champion of the world half marathon four times in a row; 2006- 2009, and again in 2012. In 2010, he scored a striking victory, setting the world half marathon record of 58:23 in Lisbon, Portugal, a record which hasn’t yet been broken. Nike team believes that athlete Zersenai has what it takes to be part of this project.

project. The ‘breaking two’ project includes an exclusive team which consists of world class experts of biomechanics, engineering, nutrition, materials development, coaching, design, sports psychology and physiology. The main aim of the team is to bring out the best performance of the athletes at the molecular level to exploit their potential. The team spends a great amount of time with each athlete to fully work with continous improvement of the athletes. The contenders are different in every way.

To make the ‘breaking two’ happen, these athletes will need to improve the already set record by 7sec per mile. Numerous intellects agree that it is a hard task to fulfill a 2.5% of speed from the previous record. To make this happen, the top runners have to run 4mins and 34 sec per mile. To test out their performance, they had a half marathon test run on March 8 in Milan with a target to make it under 60 min. And as it was expected, Kipchoge made it in 59:17 and Zersenai 59:47. Unfortunately, Lelisa was not able to finish at the required time as he made it in 60:02.

The company also came up with newly designed shoes for breaking two project. The light-weight shoes are made out of carbon fiber which is believed to help the athletes keep their energy and help them reduce muscle stretching while running. The shoes aren’t the only materials that the company is preparing to help hit the target. Soaks have been designed to give more arch support and ventilation for rapidly heated feet. Additionally, the athletes will be wearing new runner’s vest, drag reducing clothes to help them with their movements.

The breaking two project is said to take place in May of this year in Millan , Italy, which is expected to have great results.