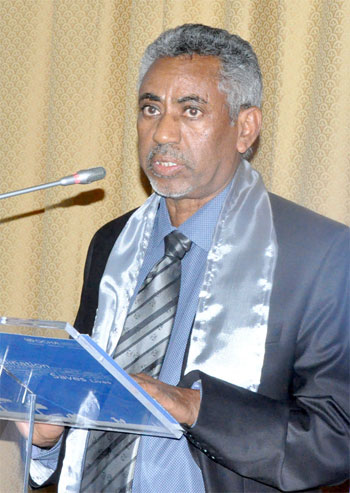 We are gathered here, as we have been doing so for a number of years now, to commemorate the horrendous genocide that unfolded in Rwanda in 1994 resulting in the hideous massacre of almost a million Tutsis; simply because of their innate identity.

This somber event, and similar ceremonies that are or will be held in various other capitals in the world, accentuate two crucial messages. The first is humanity’s collective apology to the survivors of the Genocide and to the people of Rwanda for allowing the excruciating but preventable massacres to occur under the callous watch of its various multilateral and bilateral institutions.

The second, perhaps more important, message is to renew our moral commitment and resolve never to tolerate atrocities and injustices to any people – small or big, rich or poor, developed or underdeveloped – in any part of the world.

But it seems that these are solemn and noble words much easier to say than to observe or strictly implement. The various wars that are raging in several parts of the world today, the trends of xenophobia, exclusiveness and hatred that seem to get more and more traction in these troubling times, heightened saber rattling of war and the threat of Armageddon that looks frightfully within the realm of possibility cannot, indeed, give us solace to conclude that humanity has learned its lessons from past follies.

Sadly, the defining feature of our times may be the utter disconnect and stark contrast between humanity’s unprecedented and rapid development in technology and its still backward, still primordial, emotional and ethical attitudes and standards.

Events of this nature – sad as they are – are thus important for humanity to ponder and reflect on where it is going. To atone, as it were, for past wrongs and to renew our collective moral commitment never to allow injustices of any sort; to conduct and regulate our domestic, regional and international transactions on the basis of justices, legality, fairness and compassion.

Scale and magnitude aside, the people of Eritrea have also been subjected, intermittently but for almost seventy years now, to atrocities by external forces that coveted their resources and location amid international indifference. In this sense, the people and Government of Eritrea can easily identify with the victims of genocide in Rwanda to say – with a loud voice – Never AGAIN; No to injustices of any kind anywhere in our world.