Adulis: The Ancient Port-City of Eritrea Part I 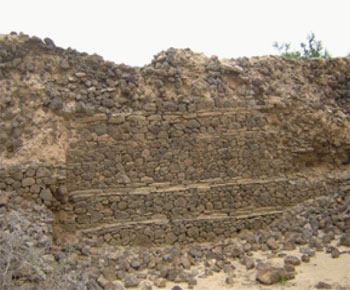 The ancient port city of Adulis is located on the Red Sea coast of Eritrea, on the crossroads for trade between the Mediterranean and the Indian Ocean. It is mentioned in a number of Classical and Byzantine sources, together with other Red Sea ports, such as Berenike (Egypt), Myos Hormos (Quseir, Egypt), first and later with Clysma (Ismaylia, Egypt), and Ayla (Aqaba, Jordan). The ancient port-city articulated the Roman, Byzantine and Indian trades for over seven centuries.

It is located 56 kms to the south of Massawa. The local inhabitants of the area call it Azuli, which literally means “white colored” [to refer to the white sands]. Based on the ethnographic assessment conducted in 2013, the surrounding people called the port city Azuli because the first boat that had been transshipped around the Red Sea Coast of the Gulf of Zula was named Azuli. Thus, the name was derived from these two versions of historical events. During the ancient times, Adulis was one of the famous trade centers (ports) of the world. Various historians and merchants had visited the city and wrote their observations, which have today become the primary historical sources to unveil some parts of its history. According to the archaeological survey undertaken [in 2003-4] the historical site of Adulis has an area of 40ha (0.4km2).

Based on different historical accounts, Adulis had been a hub of trade and cultural links from the early 2nd millennium BC up to 7th century AD involving both sides of the Red Sea, Far East and Mediterranean Basin. It was an autonomous port city which was the main trade route, motor and basic development of the Adulo- Aksumite civilization from 1st to 7th century AD. Adulis was mentioned in the Periplus of the Erythrean Sea in the 1st century AD. According to the Periplus t it was located 3km from the Sea coast and it had imported and exported goods like rhinoceros horn, ivory, turtles` backbone, obsidian, slaves and incense through the Mediterranean Sea and the Indian Ocean. In 6th century AD, in a book, the Christian Topography, a monk called Cosmas Indicopleustes stated that Adulis was a fair-sized village that transshipped goods from the Red Sea to the Mediterranean Sea, Indian Ocean, Arab lands, Middle and Far East, Asia as well as the hinter land of Africa.

Henry Salt first identified the ruins of Adulis in the early 19th century. Salt’s plan of Annesley Bay (the Gulf of Zula) clearly shows the ruins of ‘Adule’, close to the village of Zula. He does include a drawing of a stone pot recovered from the site in the accounts of his travels (1814, plate 31). The first survey at the site was conducted by Vignaud and Petit in 1840, part of a French scientific mission to Abyssinia led by Theophile Lefebvre (1845). The survey clearly defines the large mounds that distinguish Adulis, detailing the presence of three temples (a ‘triangle of temples’) identified by the mission as Byzantine.

In 1868 the Napier Expedition from England had planned military operation in Megdala Ethiopia to free the British diplomats who were under King Thedros´ control. Thus, on their way, some amateurs had excavated in Adulis. They found a big church and different palaces and artifacts. Now some of the findings or artifacts are displayed in the British National Museum.

In 1907, an Italian Archaeologist, Parabini had conducted extensive excavation in the northwest sector in around 20 spots and he found large pillars that indicated the presence of big buildings like churches and temples. He uncovered thick layers of cultural deposits, which Stuart Munroy-Hay has seen as an indication of the history of the site going much further back than the 1st C AD, being perhaps a center in its own right before the highland people from Aksum came to dominate them. In 1961-2 French archaeologist, Professor Francis Anfrey, had done research and excavation in Adulis, with full consensus of the Ethiopian institute of Archaeology, under the auspices of Emperor Hailesslasie of Ethiopia, to enrich the Ethiopian history. At present, all the findings are displayed in the National Museum of Addis Ababa.

Adulis was a center of trade exchange with different parts of the world. Thus, we have ample evidence from past excavations and explorers and recent archaeological researches on the Red Sea Coast and at Adulis. In the 1st C AD, in a book the Periplus of the Eritrean Sea, the Greek-Egyptian merchant and the so-called author Artimedero stated that the Egyptian Pharaoh had been an active trade connection with the southern parts of the Red Sea and especially with Adulis. According to the Periplus, anchorage ships at Adulis had experienced attack from the mainland, confirming that the King of Aksum´s control of the region was not absolute. It was the only legitimate port on the African coast, according to the author of the Periplus, signifying that trade had enjoyed protection under the state or law. Based on the author and historian Carlo Conti Rossini, Adulis at the time of the Periplus seems to have been a settlement maintained for the purpose of trade and the town was not necessarily founded by the new power of Aksum. In addition, he mentioned that the port was frequented by traders who came from Alexandria and Elantic Gulf.

It is indicated that Adulis was a very important commercial port from 1st to 7th Century AD in an article published in 2003 in a book titled “Massawa and the Red Sea”. Rodolof

Fattovitch has also stated that Ptolemaic sailors most likely already frequented the site in Hellenistic times (3rd – 1st c BC.) He also explained that the occurrence of Stone Age sites on the coastal plains around the Gulf of Zula suggest that the region had already been inhabited since millennium.

In her report of 2012 excavation Chiara Zazzaro stated that Adulis was the most important port for trade in the northern Horn of Africa during antiquity. It was the port of the urban settlements of the Eritrean and Ethiopian highlands and of the coastal and island people from Somalia to Dahlak. Local products such as ivory, rhinoceros horns, tortoise shells and obsidian were renowned in the whole ancient world from the Mediterranean to the East since the Phoroanoiac period. At that time, the region was known as “Land of Punt”. As a long-lived port, it had been the gateway for people, ideas, goods, and powers that had a major impact on the history of the Eritrean and Ethiopian highlands probably since the 1st millennium BC and onwards. In fact, the rise of the early Eritro-Ethio /-Sabean cults reflects the mutual cultural exchanges that occurred between the opposite Coasts of the Red Sea. The subsequent introduction of Christianity is also a consequence of a long-lasting trade and cultural interaction with the Romans and the Byzantines through the Red Sea, just as the introduction of coinage. The spread of the Islam and of the early Arab people in the Horn also started in the Eritrean coastal and insular regions

Museums for Equality Diversity and Inclusion

Celebrations of “Kudus Yohannes” in Eritrea