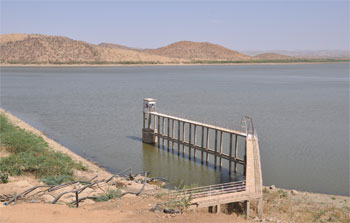 Today, the 24th of May, is the time of Eritrea’s Independence Day celebration nationwide and in the diaspora. It is an occasion to reflect on past achievements, challenges and the way forward. In today’s special edition of Eritrea Profile, I will look in brief at major pillars as the theme of the year spelled out “Laying Pillars for Vibrant Growth”. When one thinks of pillars, it defines the steps, the foundation, the ongoing process towards sustainable development and growth. With this in mind, let’s shed some light on some of the major pillars that Eritrea has been working on since the first days of independence.

To begin with, the first and evident pillar for Eritrea was rehabilitation and the provision of basic needs to the people and former combatants while trying to adjust into a long waited new phase of Eritrea, i.e. its independence. Starting from scratch, the war-torn Eritrea had to quickly build the foundation for long-term sustainability in line with its vision of self-reliance.

Providing food, health and education became vital. Efforts were multiplied quickly to expand access to health centers, hospitals and clinics in the most remote areas. Education, fighting illiteracy and providing equal access of resources to everyone followed these initial pillars. Food security came to be another core pillar to build up for future growth. A work is in progress where the Government of Eritrea implemented a system of subsidies to respond to citizens’ demand during drought and dreadful rainy seasons.

Laying the first pillars continued in parallel with another important one, which was financial independence from Ethiopia with the introduction of the national currency, Nakfa, in 1997. Nonetheless, this vision was disrupted by the 1998-2000 Eritrea-Ethiopia border war, a reminder of the past struggle and sacrifices in which the youth paid the price of their life again to protect their nation. Despite the hardship, Eritrea did not stop in raising its pillars. Notwithstanding the ongoing violation of its sovereign territory, the country manages to continue constructing its columns.

Laying pillars went on with the establishment of seven higher institutions nationwide giving greater access to higher education to Eritreans including technical schools such as the Wina School in Nakfa or the Don Bosco Technical School in Dekemhare.

Despite efforts to destroy the pillars for development with the sanctions imposed on Eritrea, diplomatic ties have enhanced in recent years, which switched the initial trend of “waiting for relations to come to Eritrea” towards “going to get diplomatic relations abroad”. A great shift, which expands the building of pillars towards partnering for development. In fact, cooperating with governments, UN agencies and other institutions from assistance and rehabilitation towards sustainable development through partnership extended in recent years.

The slogan of this year’s 26th anniversary of Eritrea’s independence goes along the lines of Eritrea’s current state of affairs and the policies enshrined towards sustainable development. In fact, as part of its food and water security program, the construction of water dams such as Gergera or Gerset as well as check dams all around the country are flourishing providing access to water to farmers and local communities and securing access to water on long-term basis.

Clearly, aiming at creating vibrant growth requires strong financial capabilities and management. In view of that, the Government of Eritrea passed a new financial proclamation in November 2015 to monitor and control its financial flows through reform of its banking system. Other countries such as India followed the trend recently. Besides a new financial management system, as one of the pillars vital for future growth, attempts to regulate and build strong infrastructure are undergone.

Controlling its finance and banking system thus goes in line with strong fiscal tax and Inland Revenue management. Henceforth, this financial pillar for growth aims not solely to have a strong control mechanism but also to help the people move from highly dependence on the government towards a self-sustained one in the long run. This, without doubt, taking time for adjustment and change of mindset towards a more ‘saving’ than ‘spending’ one.

Laying pillars for vibrant growth as the theme of this year’s independence celebration calls upon, comes at a critical juncture and it is a great occasion to look back in time and understand what’s left to be done and what’s need to be appreciated. With these words, Happy Independence Day Eritrea!

Live streaming on the streets of Asmara