“Eritreanism” – An Identity of the Disciplined 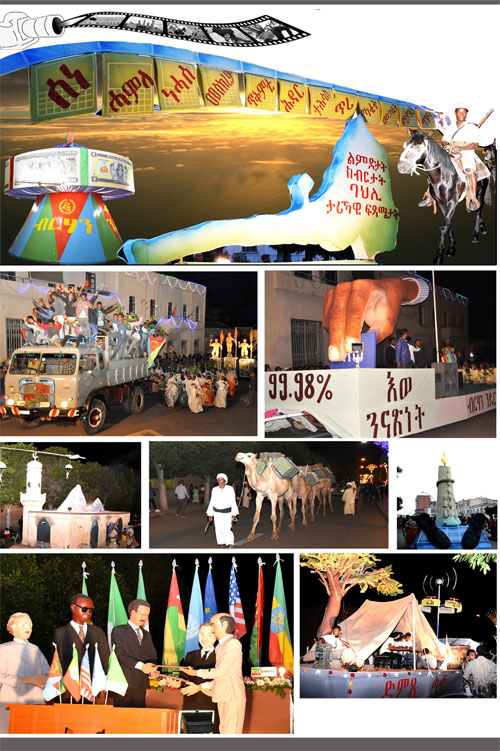 Discipline teaches us to operate by principle rather than desire. It puts us in control of our desires rather than allowing us to be controlled by our desires. It permits reason, truth, virtue, honor and integrity to rule our minds. Discipline is postponing the pleasures of today for the rewards of tomorrow. It is regarded as one of the basic and primary requirements for success in individual and collective life. Success requires perseverance, hard work, sacrifice, dedication, and respect for authority – all of which are the constituents of discipline. It has been said that the harder the struggle, the bigger the gain. Discipline enables human beings to stick with their goals and objectives no matter how formidable the challenge.

Discipline and ethics refer to the forms of behavior and conduct that are correct based on core values cherished and upheld by the society. Eritrean society has developed a set of values and moral standards that govern its social and political life. Many observers have expressed their admiration for the life style, obedience, sense of respect, and confidence of Eritreans. The science and art of proper behavior has long been known and practiced within Eritrean society.

In nation-building, discipline holds a special place. It is a continuous process of training citizens to develop a sacrificial lifestyle that puts the country first in their being and doing, and with a solution-focused, developmental and progressive mindset. Discipline is vital for all nations, particularly those working to develop and prosper. Eritrea – a war-ravaged country in the Horn of Africa – has registered encouraging results without having abundant natural resources and little international assistance. It is living proof of discipline. The secret for winning the long and arduous struggle for independence and the ongoing nation-building effort was and is the inherent quality of Eritreans, prominent of which are sacrificial life style, ingenuity, hard work, perseverance, commitment, courage, and discipline. Of all the qualities mentioned above, discipline is the one that makes Eritreans withstand their challenges and overcome their enemies.

Eritreanism is a distinct and unique national identity and is viewed as an identity of the disciplined. Eritreans of today and yesterday are known for their self-discipline, cultivated in the struggle for self determination. The generations from the season of the armed struggle sowed the seed of independence which latter generations have reaped. While it is common to find people who raise every possible excuse not to fight and die, Eritreans, on the contrary, sought to sacrifice, fight, and die for their country and identity. All these

qualities helped Eritrea win independence and remain standing despite numerous hostilities and challenges (e.g. military, economic, and political attacks). There is little doubt that the national discipline of Eritrea will help the country move forward and prosper.

Indiscipline is recognized as one of the main causes of poverty and underdevelopment in a community. It can be seen that the war against poverty cannot be won with endemic corruption and indiscipline. Social evils like the disregard for correctness can destroy the system, make it impossible to fight poverty, and hinder efficient use of economic resources for development. An excessive and wasteful life style, laziness, intolerance, chauvinism, recklessness, and corruption are among the chief manifestations of indiscipline that hinder a society’s pursuit of development and prosperity. Corruption is not just the act of stealing government money but, in the main, it is an act of indiscipline.

Over sixty years after independence, African countries are still far from the point where trust and confidence amongst and between citizens reign. Moreover, oddity has become normality in governance, and the war against poverty cannot be won. Although many internal and external factors are important, indiscipline ranks as an influential factor for the failure of nation building in Africa. Indiscipline simply means exhibition of inappropriate and unethical conduct that undermines proper and correct behavior. Indiscipline breeds immorality, impatience, deception, shamelessness, criminal tendencies, corruption and overall degradation of values in personal and official affairs.

Poverty can compel individuals to break rules and resort to negative actions that may appear rewarding in the short term. Poverty can make individuals avoid their responsibilities and can also lead to desperation. Thus, in desperation to escape from poverty, individuals break rules and worry less about integrity. Eritrean society has an important proverb stating that, “Tmyet zeyqetl zeyshbdaAdaA”, roughly meaning “it is not hunger that kills, but incivility.” Eritreans know what to do and they have the courage to do it.

Eritrean national discipline revolves around perseverance and tolerance, and it is a reliable resource that the country depends upon for continuity and development. “Eritreanism” can be described as a shared identity of well-ordered people that know the significance of discipline in life. Eritrean people are best described by the order they create. It is discipline that unites Eritreans of all categories to stand against the hurricane of hostility. The strong national discipline enables Eritreans to wait courageously for the rewards of their sufferance, to love things that are organized and ordered, and to efficiently manage the limited resources they have. It brings them to a high level of organization, order, and stability. The enviable order and structure that Eritreans developed was perceived by some as compulsive or controlling, but it is discipline that makes Eritreans productive and helps them to survive. Eritreans are working hard today in order to reap the benefits tomorrow. This is discipline that breeds hope, optimism and confidence.

Discipline is the spinal cord of success. The determined and disciplined people of Eritrea living inside and outside of the country recently celebrated their independence in a well ordered manner. Since our independence was realized with great determination, discipline, hard work and sacrifice, we celebrate in commemoration rather than in exultation. With discipline, we are able to maintain a higher degree of resistance to reach the most difficult goals of nation building efficiently.

Feeling at home, far from home!