Passion Braced by Reading and Perseverance 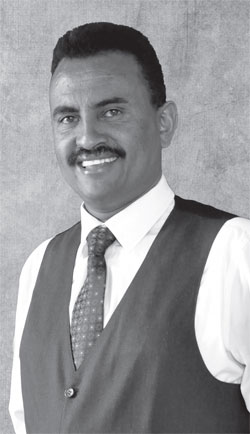 Most of the time, I would say, my life has been connected with Writing. When I was a 4th grade student, I joined a church group. I participated in most activities of the quire. What I remember and inspires me the most is when my first poem won at a contest that was prepared every summer. It was my first competition and winning over that meant the world.

Still more, I got punished for a poem I wrote when I was in 7th grade. The teacher didn’t believe it was mine, he thought I copied it from a journal. That poem got me into a lot of trouble. Just to prove his point, the teacher asked me to write another one in his presence. I proved him wrong. My teacher felt sorry and apologized, also my very own poem was presented at a competition of the junior schools and eventually became the winner. That is my foundation for becoming the writer I am today.

Without a doubt! I mean, sure, I loved reading so much even before joining the quire which inspired my passion. Apart from writing I studied musical instruments and singing in the church. Besides, there were some books I read and enjoyed much, books my uncle left in my house when he joined the struggle for independence. Moreover, I was a constant customer of the then American library or Public library as we call it today, and even British library. I frequently visited these libraries to read literature books, especially poem books. I guess I always had it in me, but the church group undeniably was a stepping stone for me.

Since I was studying the bible at the church, I was able to express words. Poetry can be challenging, a story has to be told in a few words, where rhymes and designs are important. I had a poetry teacher Fsiha (Lanqa) who used to teach us the rhythms, and ways of critic. One day, I gave my teacher a poem I had put a lot of effort on; he copied it but he tore the paper in front of my eyes. He told me that the poem was worthless. I was devastated. At last he taught me that people may say a lot of bad things about your best work. That was my best work but he wanted to prepare me for audience criticism. Henceforth, I never ceased writing poems until today.

When I was in High School, I wrote a script for a stage drama titled “Libi Arsiema” The Heart of Arsiema. The drama got encouraging feedback from the audience. Again after receiving my diploma in Agriculture, I was assigned to work in Denkalia. In the days that followed, I wrote another stage drama in Assab. I was also working at Meka’elilen and Bada, where I familiarized myself with the Afar culture. All in all, I wrote a number of dramas on different national holidays. In 2002, I wrote many dramas and won awards for most of them.

I took several art related courses. Starting from the short courses I had at the church to much bigger courses organized by different individuals and institutions. Besides, I have had the opportunity of participating at different workshops when I was working in Denkalia.

Eleven precious years of great knowledge in my life. Sawa is definitely the turning point in my life as I met the most important people and benefitted from different courses. I was with the 6th round. There were numerous renowned artist in my division which were previously active in literature. We spent the six-month long military training with artistic works, writing poems and dramas and presenting it to our division. We even had new artists grown in Sawa. Some of these great friends were martyred during the wars. We had fierce competitions as well in this place. Later, I was assigned as the editor of a magazine “Dehay Sawa”. I was in charge of the magazine and drama during the time of our military graduation.

Afterwards, I stayed there participating as the editor and board of different magazines, a political education teacher and I organized entrainment activities. I wrote historical scripts and military writings. We had all the materials we could put our hands on and support our articles.

While working as an editor, I presented poetry as well as original and adopted short stories at the Eritrean Radio.

Well I have written lyrics for several Eritrean singers of whom they are great names such as; Tesfalem Arefaine (Qorchach), Temsgen yared, Henok Teklay(Nago), Robel Haile, Seid Brhanu and many others. Overall, I have worked over 100 songs.

In 2003, I received an offer from a colleague to start working at Hadas Eritrea newspaper on the critic column. It was challenging, but with some motivation I started writing critics

about some artistic works that were produced then, particularly on poems and books. What made the column challenging was, when the artists started to take it personally. I never intended to make it like that, when I criticize a work, I don’t place hate or love, it is all about analyzing the work. But some people couldn’t understand it. People hated me for criticizing their works, I didn’t feel anything at all. In addition, I was able to write historic writings in another column. The page was interesting since it told a story of our fore fathers and brothers and their heroic deeds they passed to get freedom. I became interested about our past history when I find out about my two freedom fighters uncles who lost their lives at a same time, same place and same date. I heard the story when I grew up. Listening their stories made my interest in history grow more. That is why I wanted to write and share about our freedom fighter’s stories. I have written over eight hundred articles about it.

After working for the newspaper for a while, I moved to the Eritrean Television (Eri-Tv). This is the moment I engaged myself working on some big political and educational works. I started the program Mahder. It is a program that presented history of the armed struggle, and some biography which I think is a deep and interesting program. Another program I worked was Mizan Werqi; a documentary that reflects the letters exchange between the EPLF and TPLF from the beginning. In addition to these programs I came up with documentaries of the game changers in Eritrean independence struggle which included the demise of Nadow, Wqaw, Meqyro, finale wars and Fenkil. I worked on the Nadew part with a colleague of mine, Isaq Mehari (Wedi Qeshi). Once in a symposium I prepared the documentaries for the Ministries. I have also the program known as “Elal Tbebat” which I interview artists. In 2011, I was assigned as board member of the Radio Numa.

My plan was to publish two or three books at the same time, since I had a novel, short stories and poems. However, I wanted to do something better sooner, so I chose to publish my book, “Tselim Bered” (Black Ice) in 2015. As my first experience, the book inauguration was epic at Cinema Roma. The book sold over 1000 copies just at the inauguration event. The poems inside the book reflected real lives of people.

I want to thank Eritrea Profile for inviting me on this page, it really is an honor. I also would like to express my sincere regards to the Ministry of Information, Ministry of Defense, the Cultural affairs, NUEYS and various organizing bodies for the support they have extended to me all this years.