Beyond the Conventional Wisdom of Development 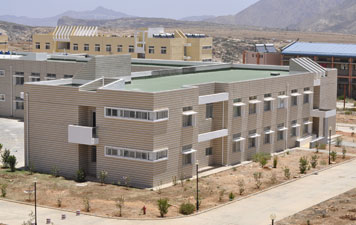 Developing countries across the world are struggling to create a supporting environment for development. Policies and strategies were designed, steps to implement were initiated, promises were made and hopes were raised. The people of developing countries were on ground prostrated while the global wheel of wealth was licked by the few “special people”.

Good intentions failed to materialize for two reasons: government inability to govern and international structures. For many reasons, industrialized nations didn’t allow developing nations to do what they did during their catch-up period. Here are some substantive facts that the developed countries employed to get rich but did not allow to be emulated by developing countries.

Western civilization was the result of prolonged and pervasive military competition. The military spearheaded all of the technological and scientific innovations in the catch-up period of development of the now industrialized countries. In the past, the existence of a formidable and robust military laid conducive ground for industrialization and militarization. But as time heals wounds so time does thwart historical facts. When the new world order was inaugurated, military was conceived as destructive to national wealth. Countries were instructed and some times prescribed to demilitarize and countries with a strong military were viewed as “rogue states”. Rogue state was a term used to describe states that do not regard themselves as bound by international norms (Chomsky 2000: 1). According to this definition, most if not all powerful states fall into this category. Therefore developing countries, especially in the turbulent regions such as Horn of Africa and elsewhere, cannot modernize without having a strong military providing security, protecting national interest and gaining confidence to formulate and experiment proactive policy.

Military force dictates other means of power. The state with superior military force will prevail and develop. If the security of a state falls in jeopardy there is no room to think about development. Therefore, force is ultimately necessary to guarantee survival and to create a favorable environment for development. In Africa, particularly in the Horn of Africa, military power is central in the national power of a state.

For the last 200 years every superpower has tried to create a world in its image, forcing the world community to repeat what has been said by the ‘special’ and above all worked hard to kill the ability to think and destroy originality. Currently, there is great pressure on developing countries from the developed countries, to adopt a set of “good policies” which are incompatible with their local conditions. Developing countries were ill advised to open up their doors and to liberalize their market. Free trade and development were presented as two sides of the same coin. President Donald Trump has said unusual statement in his inaugural speech:
“Every decision on trade, on taxes, on immigration, on foreign affairs, will be made to benefit American workers and American families. We must protect our borders from the ravages of other countries making our products, stealing our companies, and destroying our jobs. Protection will lead to great prosperity and strength.”

Despite the fact that developed countries reached the top by formulating policies mirroring their particular conditions and levels of development, they now downplayed the importance of domestic policies and resources in fostering development. Instead of helping developing countries reach their development aspirations, they fool them by suggesting and forcing irrelevant policies, threatening, setting unfavorable trade terms, promoting aid that cultivates dependency and debt. Ha – Joon Chang described the inconsistency between historical facts and today’s conventional wisdom by the phrase “kicking away the ladder”.  In his article and book “Kicking Away the Ladder: Infant Industry Promotion in Historic Perspective” he cites Friedrich List,

“It is a very common clever device that when anyone has attained the summit of greatness, he kicks away the ladder by which he has climbed up, in order to deprive others of the means of climbing up after him” (Chang  2003: 24).

The historical portrait is clear. There is no medicine that cures all diseases and there is no size that fits all. The medical knowledge of a doctor alone cannot cure a patient, unless he pays credit to the patient’s information and hears all they have to say. The industrialized world’s prescription, instead of bringing solutions, has actually worsened the existing condition. Instead of allowing developing countries to make informed choices and to adopt the policies that are more suitable to their stages of development, they were pressured to receive instructions from above. The obvious solution to this paradox is developing countries must develop independent political line and pursue policies that are good for them.

Another concept that corrupts with the passage of time is human rights. The present developed countries in their way to reach the stage where they are now, have committed untold human rights violation. Slavery, child labour, non-stop working hours, forced labour, colonization and more were institutionalized until recently in all of the industrialized nations. Women were not considered as full citizens in Europe and America until only very recently.  This is not to say history has to repeat itself (and of course no one wishes to adopt all the abusive and immoral actions), but to pinpoint the historical facts that all of the democratic and industrialized nations used the opposite strategy to become rich and to develop democracy. We have to understand that all of the countries that now act as if they were born rich and democratic were, at times, poor and aggressive. History confirms that no democracy arrived before industrialization or modernization of a state. The theater of electoral democracy played by all third world governments was like what Francis Fukuyama described as ‘isomorphic mimicry’ – copying the outward forms of developed countries (Digest 85, 2016: 27).

The inherent aggressive behavior of developed countries was manifested during the two great world wars and wars of aggression after the cold war. Illegal military actions were disguised under the cloak of humanitarian intervention, a war on terror, self-defense, and anticipatory self-defense.  Anticipatory self-defense for instance, refers to the right of USA to attack a country that it thinks could attack it first. Among the amazing incidents of the 21st century falling into this category are USA military aggression in Afghanistan, Iraq and Libya.

The USA, as a global leader, appeared as a prophet of transparency and democracy before the international community. It is true that knowledge is power, and transparency is the remedy to the darkness under which abuse thrives. Democracy depends on a knowledgeable citizenry whose access to a broad range of information enables them to participate fully in public life (Neuman 2002: 5). America is however, a nation engaged in hunting Edward Snowden and Julian Assange in day light for acts of informing the general public. So where has been the access that is necessary for the realization of the basic rights to freedom of opinion and expression that are guaranteed?  The world is lectured frequently by the USA about how to behave. Brian Cloughley in his article titled “Wars, Killings and Lectures by the Greatest Nation Ever Created” came up with a fact that the prison population rate of the US is 716 per 100,000 people. He further includes the testimonial statement of the defeated presidential candidate Hilary Clinton, “It’s a stark fact that the United States has less than 5 percent of the world’s population, yet we have almost 25 percent of the world’s total prison population”. The barefaced USA, however, continues to wage war, kill and lecture other nations on how to behave.

Another slandered concept is self-reliance. The “elite” of the international system are engaged in teaching the world that self-reliance is dead and useless. Governments pursuing self-reliant projects and independent political lines are conceived as a threat to global peace and security. Self-reliance is not to disregard collaboration and assistance but to prioritize and mobilize internal resources to advance development. The reason that Eritrea, a small, young, low-income country was always observed by the eyes of world powers was its policy of self-reliance, and little else. Eritrea was stoned by accusations merely for its confidence and responsive attitude to internal demands. Quite unique from the broader African context, regardless of its form and procedure, Eritrea seeks to focus on representing public interests and has worked to satisfy popular expectations. Eritrean is guided and ordered by the rhythm of the country’s objective reality. Eritrean seeks to be able to deliver basic social services, enforce laws and maintain peace and security.

In all western industrialized countries national identity formation, state building, industrialization, institutionalization and democratization were done separately in different periods. Developing countries however, are ordered to answer all those assignments at once which perplexed them.

At last, it is paramount to understand the discrepancy between historical reality and the conventional wisdom of development, between the practice and rhetoric. In order for good ideas to produce good results, a good and enabling environment must be created in advance. We also have to understand that although emulation is important, evolution of ideas is more important.

“Do you really think women can hold managerial position?”… The Strive against Occupational Discrimination