Asmara the Symbol of Eritreans 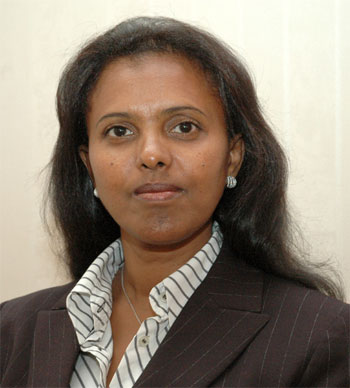 A message of congratulations to the Capital city, Asmara, nick-named by the Italians “little Rome”, for being inscribed in to the UNESCO World Heritage List.

The city has been recognized for its well preserved buildings of modernist architectural designs. Asmara’s incredibly attractive architecture has earned it a great value worldwide making it one of the few in Africa. The AHP (Asmara Heritage Project) was also awarded the Royal Institute of British Architects (RIBA) award, an exceptional honor and testimony on the world class standards of research on December last year. The city was declared as the world heritage site during the 41th meeting of the World Heritage Committee in Poland on 7th of July.

Here is Ms. Hanna Simon, Ambassador of Eritrea to France and Eritrea’s permanent representative to UNESCO.

It is when a country’s historic monuments become significant, not only to the country, but also to the world. It is a call for their preservation following the required standards that is. And today, with all the numerous, incredible and historic heritage we have, Eritrea has become one, starting with Asmara. Asmara was presented and approved to be registered at the 41th World Heritage session committee.

For the process, there was a committee assigned to observe for a couple of months. Also, among other different committees with different purposes was, EKOMOS. UNESCO assigned people who have been to Asmara to study and observe whatsoever makes Asmara special. The reports were finally submitted in May. It was a great report, as a matter of fact, and was approved by the 21 responsible countries for the decision.

Most of all, the country has the honor of owning a testament recognized by the world; one that the world cares for its safe keeping. The international community protects and preserves it under any kind of circumstances as it is not only the individual country’s responsibility but the world too. A country can also ask for any kind of assistance through UNESCO. All in all, today’s achievement makes Asmara not only a heritage for Eritreans but for the world as well. That is why it will get all the assistance and recognition it needs.

Being registered in the World Heritage, Asmara, will now be a known name more than ever. This accomplishment is the first for Eritrea and it says a lot about how far we have come in our diplomatic activities as well. Again, this is a success that has been awarded in England. It is an event we should all take pride in and be proud of together as people of one country. Besides, it is something to reflect a huge honor for a country’s development in just 25 years. Until now, Africa has registered very few in the world heritage sites. Although Africa is rich with historical places and buildings, there aren’t many places registered as the world heritage sites, especially at the modern heritage sites. Particularly talking in the Sub Saharan countries, we can say that Eritrea is the first to be registered at the modern world heritage site. It is truly a marvelous thing to be recognized for.

Definitely there will be more tourists attracted to Asmara from the international community. There are many tourists who are interested in such places. With the brilliant art deco and historic buildings, Asmara is going to attract numerous tourists from all over the world; this might open a lot of opportunities.

Asmara is the symbol of Eritreans. We are proud of it. Not just because it is our capital city, but it is our pride and joy. Which is why every Eritrean wanted Asmara to be recognized by the world. Sharing is a common culture of Eritreans. Therefore, now that our capital is recognized by the world, it gives pleasure to every Eritrean to share the capital’s glams with the rest of the world.

I would like to remind my society that not only do we need to protect our buildings but to try to keep its original blueprints. I would like to personally stress on the fact that we need to shift our attention to the outskirts of the cities and try to build houses there and protect the ancient looks of our cities. The recognition we were awarded mainly depended on the antiquity of our city. We should keep our historic and beautiful buildings, let’s work hard to keep the beauty of our city.

Eritrea’s Victory in the Battle of Diplomacy