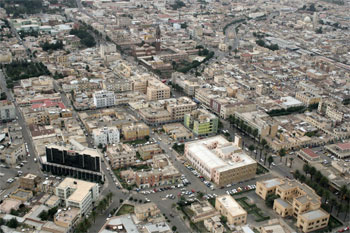 Asmara woke up early on 8 July 2017, as it did for ages…the early morning call to prayers from nearby mosques and the sounds of church bells mix with the sounds of click clock from horse and donkey driven carriages, and the buses and trucks heading out of the city to villages near and far.

No doubt the women were up early to clean the tree lined avenues and the city’s sidewalks-with nothing but the thatched brooms and wheelbarrows, picking up litter and washing away the dust. Cleanliness is next to godliness… and Asmara perched at 2500 feet above sea level, is heavenly. Many have gazed into her star filled nights, to count blessings and seek redemption, finding solace in the darkest of nights. Asmara personified timelessness…

So when, with unanimous voice, the UNESCO Committee agreed that Asmara deserved to be listed as a World heritage site, Eritreans all over the world were ecstatic… but not surprised. UNESCO said Asmara was “an exceptional example of early modernist urbanism at the beginning of the 20th century and its application in an African context”. But for Eritreans, it was much more. Asmara represents preservation of the nation’s dignity and pride, amidst the surrounding turmoil and turbulence. Asmara represents Eritrea’s exemplary harmonious ethnic and religious cultures, as well as Eritrea’s enchanting history of courage and valor. Asmara, Africa’s first modernist city, beneath the beautiful façade, hid a lot of pain, and cried many a tears.

Asmara endured Italian ghettoization, British pillage and plunder and Ethiopian genocide. While Asmara developed into a bustling metropole under the 60 year long Italian occupation of Eritrea, her people were relegated to the outskirts. The 10 year British Administration ended the segregation, but saw the dismantling of Italian era factories and industry and the instigation of ethnic and religious conflict in Eritrea. Asmara witnessed the brutality of the 30 year Ethiopian occupation, its inhabitants massacred in the streets. Its gated villas turned into brothels for Ethiopian forces, its over 400 magnificent modernist building aged from neglect, but survived Ethiopia’s brutal 3 decades long colonization and its scorched earth policies.

Asmara hid in its bosom, stories of extreme courage under terrorizing occupation, of dignity and pride, of preservation and good will, and of refusal to submit. The art deco buildings witnessed the carnage on the streets and the quite whispered longings of its children. The pink and purple bougainvillea bloomed across the many fences, bringing color to the city under siege-hiding the fear in the houses they enclosed. Men and women walked on Asmara’s streets, barred from the ancient sidewalks. The exiled reminisced about sophisticated lives spent there, and the memories engraved in all hearts and minds… unearthed instantly on arrival… to make new ones…and cement the old. Yes, Asmara bore the brunt of international politics that sought to deny Eritreans their right to self-determination, and successive colonizers sought to make it their own…

But Asmara held on…and on 24 May 1991, Asmara was liberated and so was Eritrea. Tanks and trucks carrying freedom rolled into Asmara, liberating the city, and with it Eritrea. Her jubilant people took to the streets, filling the avenues and the wide sidewalks, once shackled and cordoned. From that day to the present, Asmara’s boulevards welcomed prodigal children from around the world, as well as friends and foe. In 2001, Asmara was declared a historic site… and with that, the people and government of Eritrea, and good friends of Eritrea, began the arduous journey to Krakow, Poland, armed with over a thousand pages of research, pictures and credible, verifiable information. Asmara, etched forever in the hearts and minds of all who encountered her mesmerizing aura, had met the criteria needed for World Heritage inscription…

The extraordinary work done to have the entire city of Asmara listed cannot be covered in one seating, but suffice it to say that it was a labor of love, of determination, of scrupulousness, meticulousness and passion. Assembling such an impressive dossier was not an easy task and took almost two decades…but as the Tigrinya saying goes “Work very hard and long like an ant, but also work smartly (sharp as a knife)…it was complete-made for a unanimous vote from the Committee. According to the United Nations Educational and Scientific Organization (UNESCO), in order to be included on the World Heritage List, sites must be of outstanding universal value and meet at least one out of ten selection criteria. The information contained in the submissions make Asmara a suited candidate on many levels-but it was three criteria that fit it best. According to the dossier, “…the historic center of Asmara is proposed for inscription as an outstanding example of a capital city that embodies the unity of early town planning principles and modernist architecture combined with local natural and cultural conditions consistent with its highland African setting….”

The site is proposed for inscription under criteria II, III and IV.

“…Asmara exhibits an outstanding example of the interchange of cultural influences brought about by the encounter with modernity in an African context. The exchange is expressed in the unity of an innovative urban planning process and distinguished Modernist architecture combined with local natural and cultural conditions to create a distinctive urbanism based on human scale….”

“… As a well-preserved total urban landscape and modern capital of Eritrea, Asmara bears exceptional testimony to the universal aspiration for and attainment of national self-determination founded on the protracted development of indigenous cultural and political consciousness through multiple encounters with regional civilisations and colonial experiences. Asmara was once a centre of established cultural traditions and trading networks spanning the region, before becoming the locus of uniquely varied foreign agendas of global significance before and during the Second World War and throughout the Cold War…”

“…Asmara is an outstanding example of the transition in architecture and town planning at the turn of the twentieth century in response to the universal encounter with modernity in an African context. The synthesis of modern town planning and architecture in a total urban landscape is an exemplar of early modernism adapted to local cultural and geographic conditions. As an urban landscape, Asmara encapsulates key stages of modernity’s development and principal characteristics, including colonialism and global conflict, scientific responses to planning and infrastructure, rapid technological and urban development, and pioneering transportation and communication…”

Eritreans around the world followed with keen interest the proceedings of the 41st Session of UNESCO and waited patiently, but with a great deal of confidence, to hear the decision of the Committee on whether or not Asmara, Eritrea’ capital would be listed as a UNESCO World Heritage site. On 8 July 2017, UNESCO’s proclamation ended a long-running quest to have the city’s unique architecture, recognized.

The enormity of the event has not sunk in yet…and just as the day Asmara was liberated, Eritreans all over the world are basking in her glory and celebrating her new found fame. Yes, there is a lot that comes with being listed and Eritreans are ready to take on that challenge. Asmara, the “City of Dreams”,” Africa’s Secret Modernist City” is no longer a “The Forgotten City”… Yes, do Come and See!

Veldhoven, Macron, and East Africa: Some Notes on Recent Events