On A One-On- One Basis 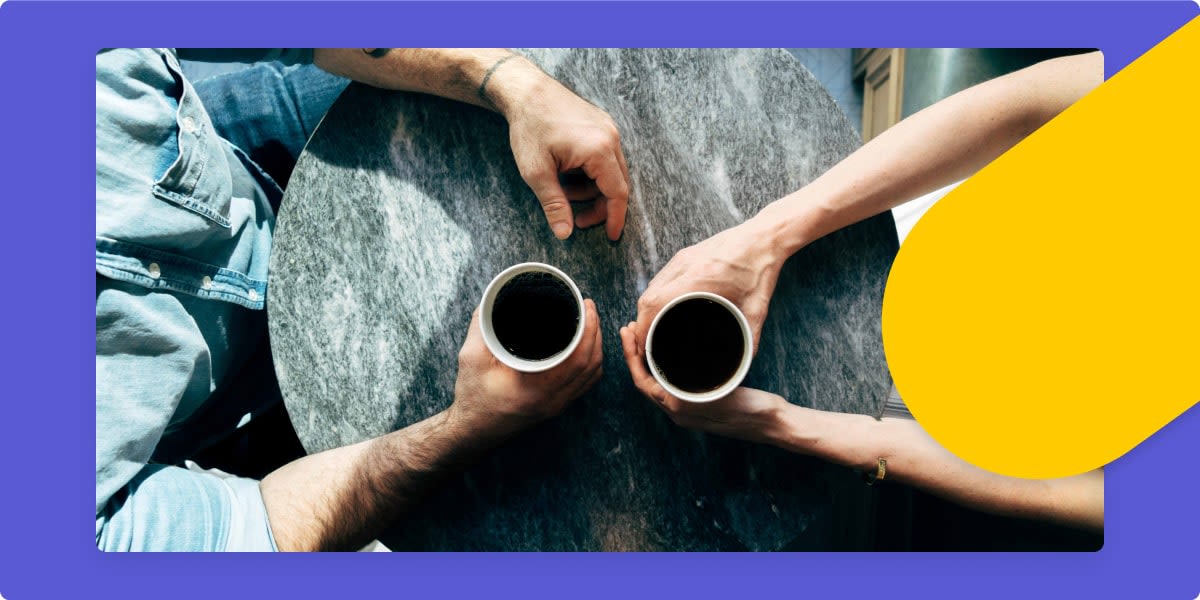 Making acquaintances with someone always ends up in some sort of disappointment after some time has passed and that certain someone started to show forth his or her true colors.

The disappointment can be of two causes- exceeding or falling short of expectations. Unfortunately, the former happens rarely.

Expectations often breed disappointment for the picture we skillful doodle in our mind surpasses the reality of life. We often find reality lacking compared to the fantasies we create in our heads. They say expect nothing, live frugally on surprise that life might throw on you, and you would do good by that saying if you truly follow it in heart. Sometimes we see things from afar and build its image based on what we see and hear way before we had the chance to explore beyond the surface, that’s how shallow we, human beings are. Other people’s accounts on issues around us sway the general attitude we have towards these things, and based on these accounts we form perspectives and draw conclusions.

Whatever happened to a good assessment based on a one-on-one level interaction? How can we pass judgments based on what others have said? Then can we proudly say that our assessments are ‘genuine’ despite the plagiarism of ideas and perspectives?

Try to know people and things around you on a one-on-one basis before you pass judgments based on others accounts and observations. Know them on your own terms; find out for yourself what their true color is and if that color goes well with your color. Just because a certain friend of yours doesn’t agree with someone else’s color doesn’t mean that the same applies to you, regardless of the old saying that birds of the same feather flock together.

When a certain friend of mine joined a new office staff, another friend who used to work with the same people gave him the general picture of the office including the coworkers’ behavior. This guy told my friend to be extra weary of a certain girl in the office. In the guy’s exact words, ‘she is a s l y f o x … t h e incarnation of the serpent in the Garden of Eden… .”and many more. My friend was so freaking conscious of the girl that he literally tiptoed around her.

He denied her and himself the chance to get to know each other. In his eyes, she was a sinister he needs to get away from. He held her a sinner for crimes she hasn’t yet committed against him or he didn’t witness.

He didn’t give her the benefit of the doubt either. Even her smile and good intentions were automatically translated and reviewed as having ulterior motives. Even when she does something nice for him or be kind to him, he would think that she wanted something in return. He put her every action under the magnifying glass in search of clues to her inner intentions. But with the course of time and strained interaction on part of my friend, my friend started to see the other side of hers which his friend and others have forgotten to mention in their report. He realized that she wasn’t a bad person at all, after all nobody is so good at being so bad. However smidgen it is, there is that glistering light of hope of goodness and kindness in the nature of mankind- well, call me naïve for believing so but it is a teaching I hold so dear to myself. If I didn’t believe in goodness of human beings then I will be doomed.

Whatever the reason was, innocently or wickedly, the girl has stretched a helping hand towards my friend when he needed one. As far as he was concerned, she didn’t try to hurt or harm him contrary to what others have said.

My friend was in dilemma whether to finally trust and befriend her or hold his guard firm and hold her at bay. It was as if she was purposefully trying to prove the wrongs people said about her. She was the opposite of everything the others said about her. My friend suspected that she might harbor some tender feelings for him and that she is trying to score some points to win him over but this assumption didn’t pan out as he had assumed, the girl introduced him to her boyfriend and my friend can tell that they were very much in love with one another. If it is not interest or love then what?- a million dollar question. My friend was very much troubled. Should then he turn a deaf ear to the comments and advices he heard about her from his friends or should he turn a blind eye to the kindness and friendliness the girl was forwarding towards him?

All the assumptions aside, I advised him to know her on his own terms for who she really is than for who he thought she is based on others’ assessment. Frankly speaking, I have been both the victim and the offender of such assumptions so many times before and I tell you, it is not a good thing to experience, in both ends. In this girl’s case; maybe she favors him for reasons that are beyond her understanding and was being nice to him out of sheer confusion, maybe she is indeed nice and others have been misunderstanding her, maybe she is trying to change and repent from her evil ways (thought they say the leopard can’t change its spots), maybe he reminds her of someone, maybe she pity him for some reason….or simply put maybe she is a nice person with the wrong aura about her -you know there are a lot of people who are really nice but with the wrong aura about them. By the way haven’t you ever acted indifferent to someone and affectionate with the other one without any form of emotions or feelings involved? Cant you just hate someone and like another one without having a single reason to support your preferences? Sometimes, we are all sweet and lights with one and the devil with the other for no apparent reason that hid itself in the deepest compartment of our hearts.

Anyway, we often draw conclusions based on other p e o p l e ’ s summation of i n d i v i d u a l s , events and things. Because of this, consciously or unconsciously, we shut down the chances of finding the truth on our own. Peers and friends often bias our way of seeing things and situations around us. We try to see things from their eyes’ point of view than our own view. But don’t jump into judging people without so much holding an honest conversation with them first. If you are going to know someone, know them for who they really are on your own definition with your own words and adjectives than on other people’s definition of them. Often I have found myself judging people with the definition I borrowed from cronies and friends without as so much spending time or energy to find a definition on my own. It is easier this way but sure isn’t the right way.

After all living with people in this earth wouldn’t be this tough if we all could use social shortcuts like this to begin with. Life is so tough because the world is full of people with millions fusions of colors and the whole shebang of behaviors. My amateur advice to you is try to understand people before you jump into making a conclusion and know them on a one-on-one basis before you coined them with an adjective or a definition.

Nakfa; a place of resilience