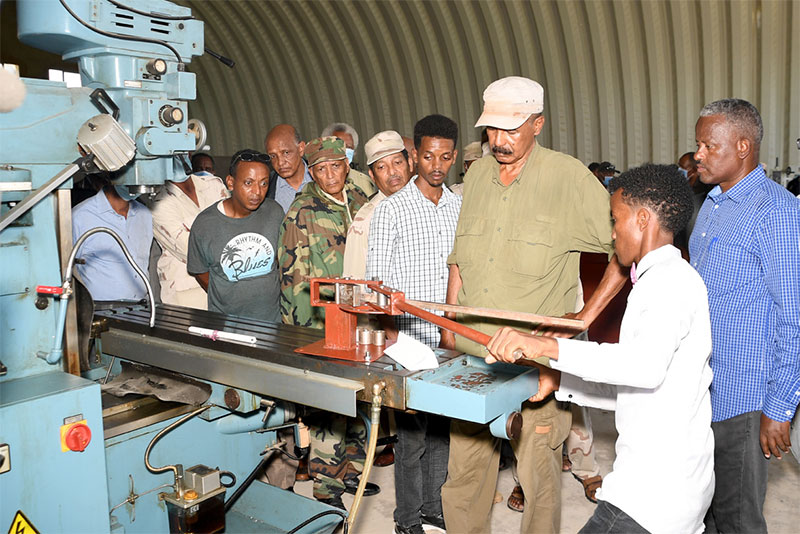 Saturday, 15 August 2020, will be a memorable day, a day Sawa held its annual commencement. What makes this year unique is that the event was held without invited guests and that the Youth Festival which used to be held every two years in Sawa was not held due to Covid 19.

Almost all the artistic shows and songs were by and for the graduates of the 33rd round of national service and graduating class of the 11th course of Sawa Center for Vocational Training (SCVT). Thanks to the precautions and preparedness made by the National Service Training Center and stakeholders, the event was successfully conducted in a colorful manner.

The graduation ceremony featured songs, dances and recitations of poems that highlighted the importance of Sawa as a center for the transfer of noble values and the promotion of harmony and steadfastness.

Kaleab Teklezghi, a member of the 33rd round national service graduates staged a song in Tigrinya that describes Sawa as a bridge of two generations. The song highlights the extensive efforts made by all sons and daughters of Sawa that in turn brought a new era of transformation and prosperity. The song was accompanied by a dancing group from the members of the 33rd round of national service.

This year’s military parade was exceptional in its presentation. It vividly depicts impressive tactics mostly used in military operations in an attractive manner. The marchers formed diamond, triangular, spearhead, rectangular, parallel and “T” shapes while at times they split to form another spectacular callisthenic presentations. What was more amazingly beautiful was the camouflaging done by a group of 500 members of the 33rd round of national service. They all hide themselves to look like part of their surroundings and the formed an image of Eritrea’s map while they stand holding the national banner.

A lengthy poem by Samuel Ghebreadonai also describes Sawa as a national pride that safeguards Eritrea. Sawa is referred in the poem as a platform where all Eritreans from across the country come together and vow in unison for its prosperity. All the daughters and sons of Eritrea, and particularly trainees of Sawa, are represented in the poem as capable individuals who make what seems impossible possible.

The poem also describes Sawa and all its surroundings as places of historic feats. Sawa is a place of education and artistry, a place of steadfastness and harmony, a safe haven where all national values are transmitted from generation to generation, and generally a shield that protects Eritrea and its people. Sawa is a stepping stone for yet another accomplishment.

A song by Selihom Mebrahtu, a member of the 33rd round of national service, depicts Sawa as a journey of life where every Eritrean has put his/ her finger prints.

In his address, Col. Debesay Ghide, Commander of the National Service Training Center, said that the exceptional excellence and achievement registered by the female trainees of the 33rd round both in the military and academic spheres makes this year’s graduation event unique.

Col. Debesay commended all those who contributed towards facilitating necessary preparedness and precautions to combat corona virus.

“Muderb”, a song in Tigre language, was presented by Abdelkadir Abdela Buluh and Sulieman Ahmed. The song pays tribute to all trainers in Sawa for their commitment to bring about a difference in all domains.

Following the presentation of songs and poems, the 11th commencement of SCVT was held. 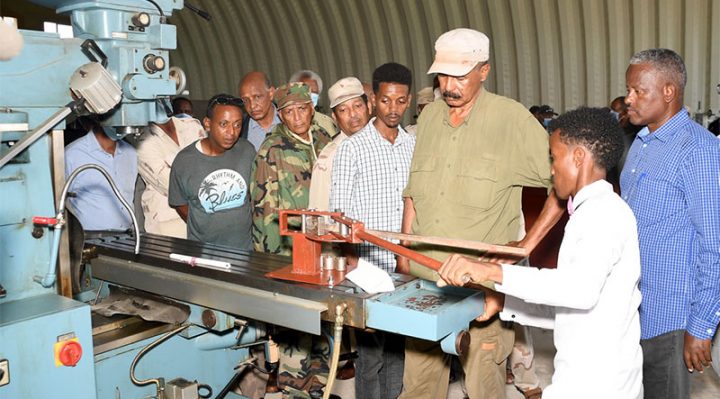 Mr. Tesfai Tewelde, Director of SCVT, gave a general report of academic achievement in all departments and in connection with the 11th commencement.

Training at SCVT, which is offered in 15 fields, lasts for two years. According to Mr. Tesfai, much of the training focuses on practical lessons. The students exhibited excellence and the creative works evident in the projects were testimonies to their hard work and that of their instructors.

Mr. Tesfai underlined that 96.6% of the 2nd year trainees have successfully accomplished their training courses in the 11th commencement. A total of 1,278 students, 615 male and 663 female, have graduated in various disciplines. 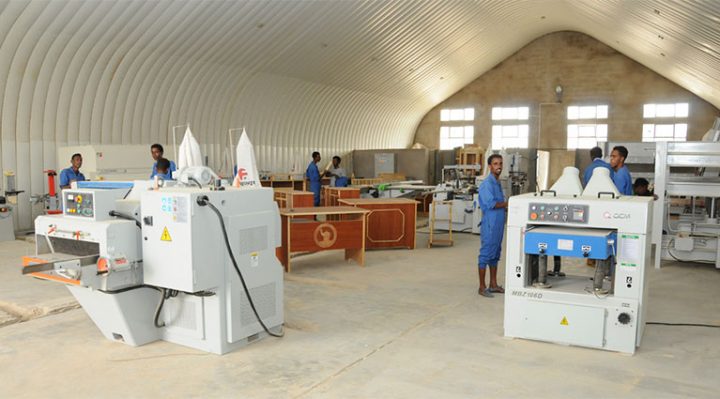 In a speech delivered representing the graduating class, Ms. Meklit Mussie said that the 11th commencement of SCVT reminds the graduates to live up to the nation’s expectation and to stay fully committed in serving their nation and people who educated and armed them with necessary skills. She added that SCVT has paved a way for the students to become competitive, creative and productive citizens. She finally reminded the graduates to make use of the golden opportunity the center provided them in their future career.

General Philipos Weldeyohanes, Chief of Staff of Eritrean Defense Forces, gave awards to outstanding members of the 33rd round of national service.

President Issaias Afwerki gave awards of excellence to outstanding division commanders and students of SCVT. He applauded the excellence of the graduates in this exceptional year eclipsed by the global threat of COVID-19 Pandemic.

President Issaias further underlined that GOE’s primary objectives in these trying times remain upgrading and bolstering its all-rounded capabilities and effectiveness to the requisite level so as to fully control the spread of COVID-19 and all other contagious diseases that may occur.

The twin commencements were held colorfully and the staging of songs by the members of the 33rd round of national service and the exhibition showcased by SCVT graduates were testimonies of creativity and competitiveness among the trainees at Sawa.

‘Hard work is what we need and I trust that most Eritrean farmers have that quality,’ Farmer Mahder Mantay