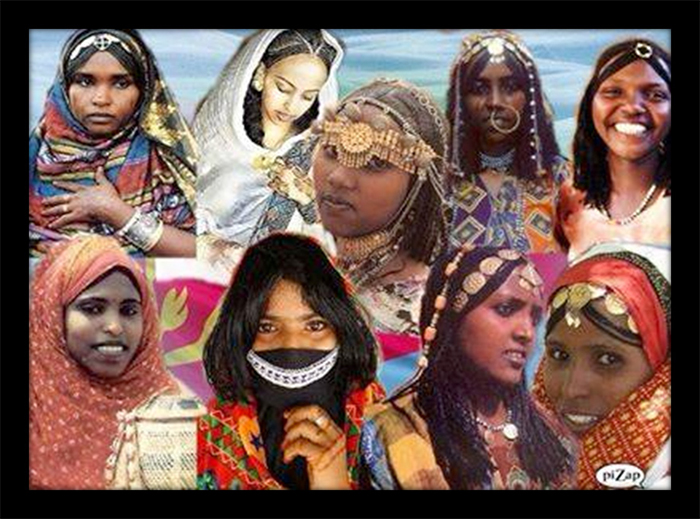 I recently read Billion Temesgen’s article, “How must Sawa have been in 2020”, which was featured in the last edition of Eritrea Profile (published on August 19). I found the piece extremely insightful and very enjoyable. Eloquent and well-written, it presented a detailed and interesting perspective of life in Sawa. It also evoked a flood of memories of my own experiences at the institution. As I was reading, I found myself being transported back into time, reliving some of the things she discussed and also being reminded of so many other things that made my Sawa journey so special.

Taking the cue from Billion’s recent contribution, the following article briefly shares some of my own memories of Sawa. I should point out that many of the experiences I discuss here are of things that are often forgotten, less recognized, or do not instantly come to mind. Additionally, with so many different things to share about my experience, I thought it would be a bit easier and more fun to “organize” and present my memories alphabetically. Thus, the following presents the first part of my experiences, with entries categorized from the letter A through to the letter H. Part II and Part III will be presented in the next several editions of Eritrea Profile.

A is for Addes: One of the staples of the Eritrean diet is addes, or lentils. The same is true of meals at Sawa. Addes is extremely easy to prepare, healthy, full of protein, and very tasty. Personally, I had to ensure that I always had a small towel and a large cup of cold water to drink nearby, since addes was usually prepared with different types of spices (including red hot berbere, the undisputed king of the spices) that left me sweating, open-mouthed, and panting.

B is for Bitsainet: Bitsainet can be roughly translated as “camaraderie” or “comradeship”. In many ways, it is a term that perfectly encapsulates much of our time in Sawa. We do pull through everything – classes, lessons, assignments, work, exercises, drills, and chores – together. Moreover, we make sure to support and take care of the person next to us, calm in the knowledge that our comrades will likewise support and take care of us. Bitsainet malet!

C is for Cultural Nights: Among my most favorite things in Sawa are the cultural nights. Several times per month we all gather for live music, dance, poetry, and drama performances. Generally, these are conducted by students although special guests from around the country sometimes visit in order to perform. Cultural nights, which showcase our country’s rich history, diversity, identity, and culture are about far more than “just” fun and entertainment. They also have other important benefits.
For one, they help to instill within us a strong sense of pride in being Eritrean. As put by the prominent Black social activist and civil rights campaigner Malcolm X decades ago, “Just as a tree without roots is dead, a people without history or cultural roots also becomes a dead people.” Additionally, cultural nights significantly contribute to social cohesion, tolerance, and understanding by exposing us all to different aspects of our country’s colorful culture. For me, seeing and learning about the history and culture of the Nara, Kunama, and Hedareb, for instance, helped strengthen my appreciation and understanding for those ethno-linguistic groups.

C is also for Camseen: Camseen are large, powerful, swirling winds that gather dust, sand, and other debris as they move. They are common to the region around Sawa, and also are found in parts of the countries surrounding Eritrea. When a camseen is approaching, your best bet is to quickly run inside for cover. Once safe inside, make sure that you have shut the windows!

I will never forget my first time experiencing a camseen. Seeing it increase in size as it rapidly approached from the distance, I ran inside, following close on the heels of several of my friends. In my rush to get inside to shelter, I totally forgot that my clothes, which I had washed and hung up to dry not long before, were still on the clothesline outside. After the camseen had passed, I spent several hours sheepishly tracking down socks and shorts that had been blown away and strewn to some of the farthest reaches of Sawa. Lesson learned!

D is for Dikas: In Sawa, dikas, or sleep, is deep and peaceful. In fact, I don’t think I have ever slept as well anywhere else as I did in Sawa. It may sound trite and clichéd, but “like a baby” is a pretty accurate description about dikas in Sawa.

D is also for Dinesh: Another of the staples of the diet in Eritrea, and in Sawa, is dinesh (potatoes). Personally, I loved when dinesh was on the menu for lunch or dinner since they usually were not drowned with berbere – my longtime nemesis. 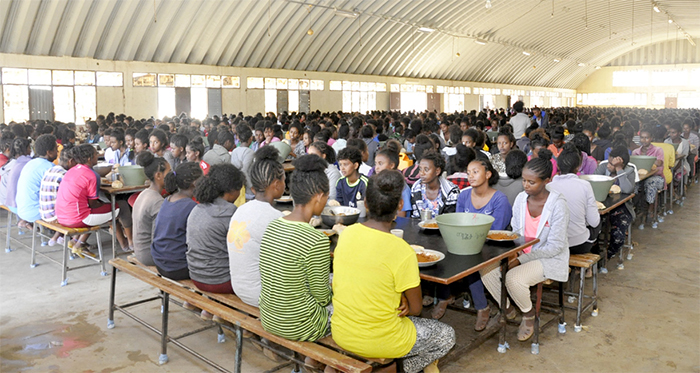 E is for Equality: The promotion of equality is a fundamental goal in Eritrea, and Sawa is a key part of achieving that aim. For example, Sawa promotes equitable access and equality of opportunity for all, which is important for traditionally marginalized or minority groups (such as females, low-income individuals, and others). Equality is reflected in other ways as well; in Sawa, for instance, everyone is treated equally, regardless of age, gender, ethnicity, religion, socio-economic status or other distinctions.

F is for Forto Sawa: Forto Sawa is a small town located not far from Sawa. For the town of Forto Sawa, Sawa is very important. It is a source of employment for many people from the town, and it also significantly contributes to the life and economy of the town in other ways (e.g., purchases from local businesses).

F is also for Fisca: When you hear the sound of the fisca, or whistle, it means that you have to quickly get to where you need to be – in line, class, study, chores, exercises, field, or a meeting. During the traditional midday nap, the fisca serves as an alarm clock, telling you it is time to wake up.

G is for Gash Barka: Sawa is located within Zoba Gash Barka. There are six zobas, or provinces, in Eritrea: Anseba, Maekel, Debub, Gash Barka, Northern Red Sea, and Southern Red Sea. Gash Barka is located in the west of the country. In addition to Sawa, other big towns and cities in Gash Barka include Barentu, Agordet, Haikota, Tessenei, Goluj, Shambuko, and Omhajer. Of course, it should not be forgotten that Badme, one of the triggers for the destructive 1998-2000 war between Eritrea and Ethiopia, and which remains under illegal occupation by foreign forces, is also located in Gash Barka.

Interestingly, shortly after Eritrea’s independence, the country’s existing administrative regions were restructured into the current six zobas. This was done in order to promote socio-economic development, ensure equitable distribution of and access to resources and services and eliminate harmful divisions along ethno-linguistic or religious lines. The great importance of this latter focus is highlighted by the mayhem, upheaval, and terrible conflicts related to sharp ethnic divisions and hatred currently occurring within many parts of Africa.

H is for Hedareb: Eritrea is a country that is blessed with rich diversity. The population of approximately 3.5 million people is split almost evenly between Christianity and Islam, with each representing nearly half of the population. As well, there are nine ethno-linguistic groups dispersed throughout the country. The Hedareb mostly reside within Zoba Gash Barka and in the areas in and around Sawa. Mainly nomadic or semi-nomadic pastoralists, the Hedareb typically migrate seasonally with their herds of camels, donkeys, goats, and sheep. Having the opportunity to meet and interact with some of them was a special privilege and is something that I always cherish.

H is also for Hikea: Hikea can generally be understood as getting together for chatting, short stories and jokes. Usually after dinner and studying many of us gather together outside in a field, where we sit or lay down in a circle under the calm evening sky. Then, one by one, we each get up, stand in the middle, and tell a short story, share a joke or raise some question for everyone to ponder. Hikea time is all about laughter, friendly debate, relaxation and having a good time.

Date Palm: The Nutritious Side of Food Security