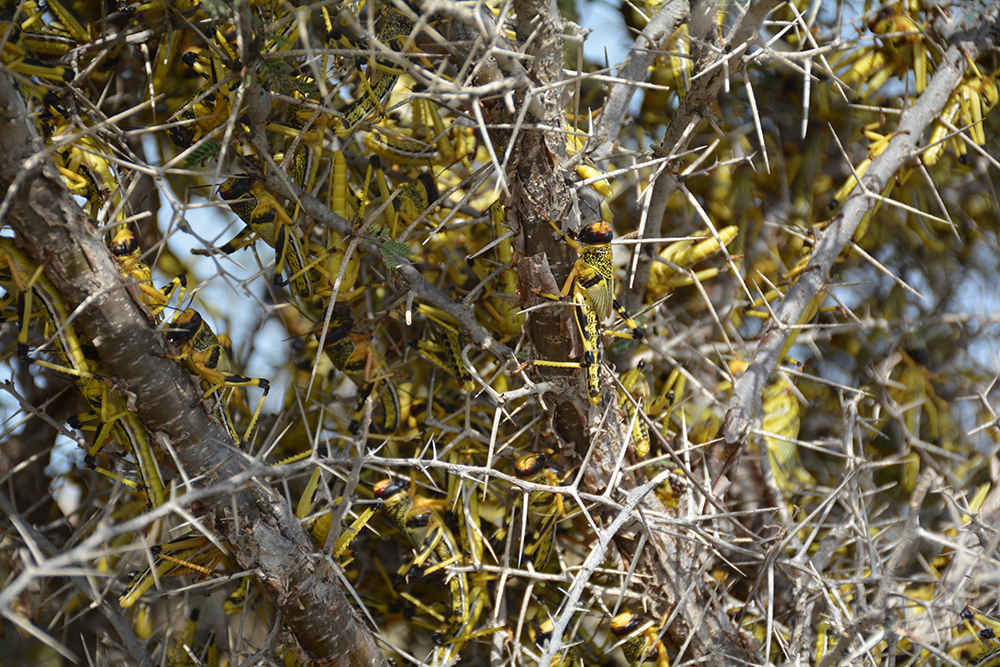 Asmara, 27 August 2020- Desert locust swarm originating from neighboring countries of Ethiopia and Yemen has been detected in small scale in some areas of the Northern Red Sea Region.

Indicating that the prevalence of the desert locust swarm in the sub-zones of Gelalo, Foro, Ghinda, Sheib, Afabet and Karora was not beyond expectation, the Ministry of Agriculture branch in the Northern Red Sea Region said that the Ministry has already mobilized the necessary man power and spraying equipment and that integrated effort with the residents and members of the Defense Forces is being exerted to put under control the infestation.

Pointing out that the desert locust swarm has been stretched from 70 to 80 hectares of land, Mr. Tesfit Gerezghiher from the Ministry of Agriculture branch in the region said that the swarm is spreading to other areas and that strong effort is underway to put in control the infestation. 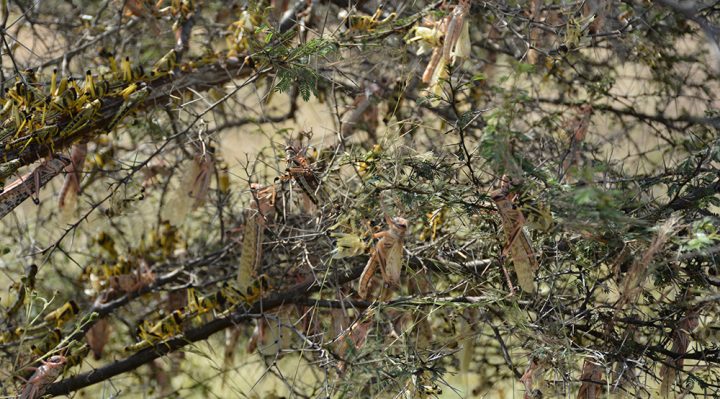 Ms. Asmeret Abraha, Governor of the Northern Red Sea Region, on her part called on the administrations and the public to conducted coordinated endeavor with the agricultural experts and members of the Defense Forces to put under control the infestation.