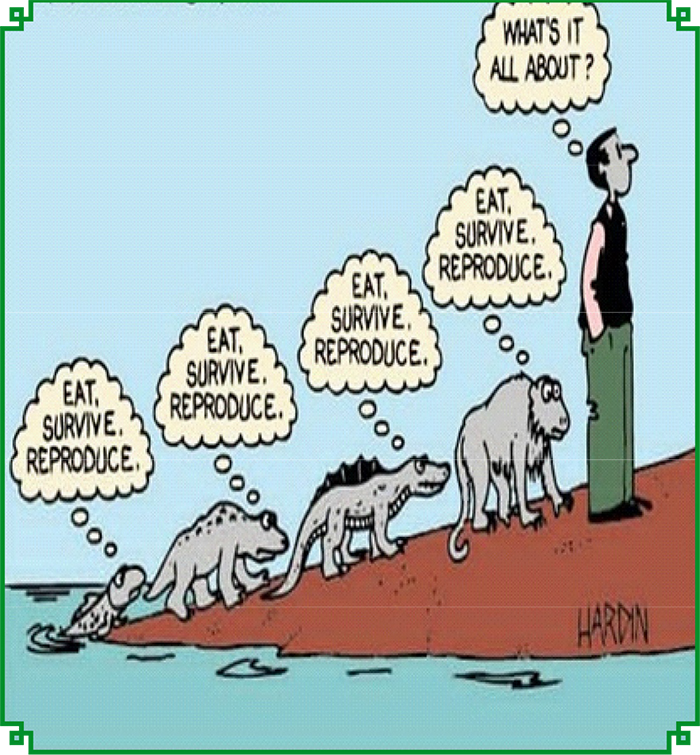 The Internet is completing the global neuron network in the same way that the brain had done millions of years ago to complete its neuron-integrated circuit to wake mankind and bring about human consciousness. It was then that man, as opposed to animals, came to be.

The world has now become, whether we like it or not, one country, and its peoples will soon become world citizens. Mankind is now inclined to think in a global manner and perspective, taking the world as its homeland and wary that it is neither oppressed by economic or social injustices nor destroyed by reckless environmental contamination and pollution. Everybody now seems to be conscious that the entire human race is, in fact, on a sailing boat and feels that either, as species, we will proceed together in peace or we will sink into oblivion separately.

The goal of human evolution, which was to distinguish man from the apes, was the waking up of man from his animalistic slumber and his transformation to become a rational animal. In other words, man had developed enough neurons in his brain and had made so much necessary connections that he began to contemplate and became aware of his being. This differentiated him from the animals that have never completed the consciousness loop.

Thus, the first stage in the journey towards perfection that was destined to pass through never-ending levels of consciousness began when man became self-conscious and asked himself ‘Who am I?’ Or maybe ate of the forbidden fruit and knew what was good and bad, becoming more or less like God, thereby extricating himself from the animal kingdom.

The second stage in this evolution of human consciousness seems to be in the process of being achieved in our times as the world is shrinking so fast that the seven and a half billion human brains now inhabiting this world are developing global consciousness, thanks to the Internet and other communication technologies.

Now, the peoples of the earth seem to have reached the second stage as is witnessed by the universal thirst for justice in the form of democracy, economic equality and the like. Everywhere people are clamoring for social justice, for fair share of the earth’s natural wealth and resources, the desire to be able to lead one’s national destiny by oneself, and what makes these special is that they are happening through the extensive use of the Internet.