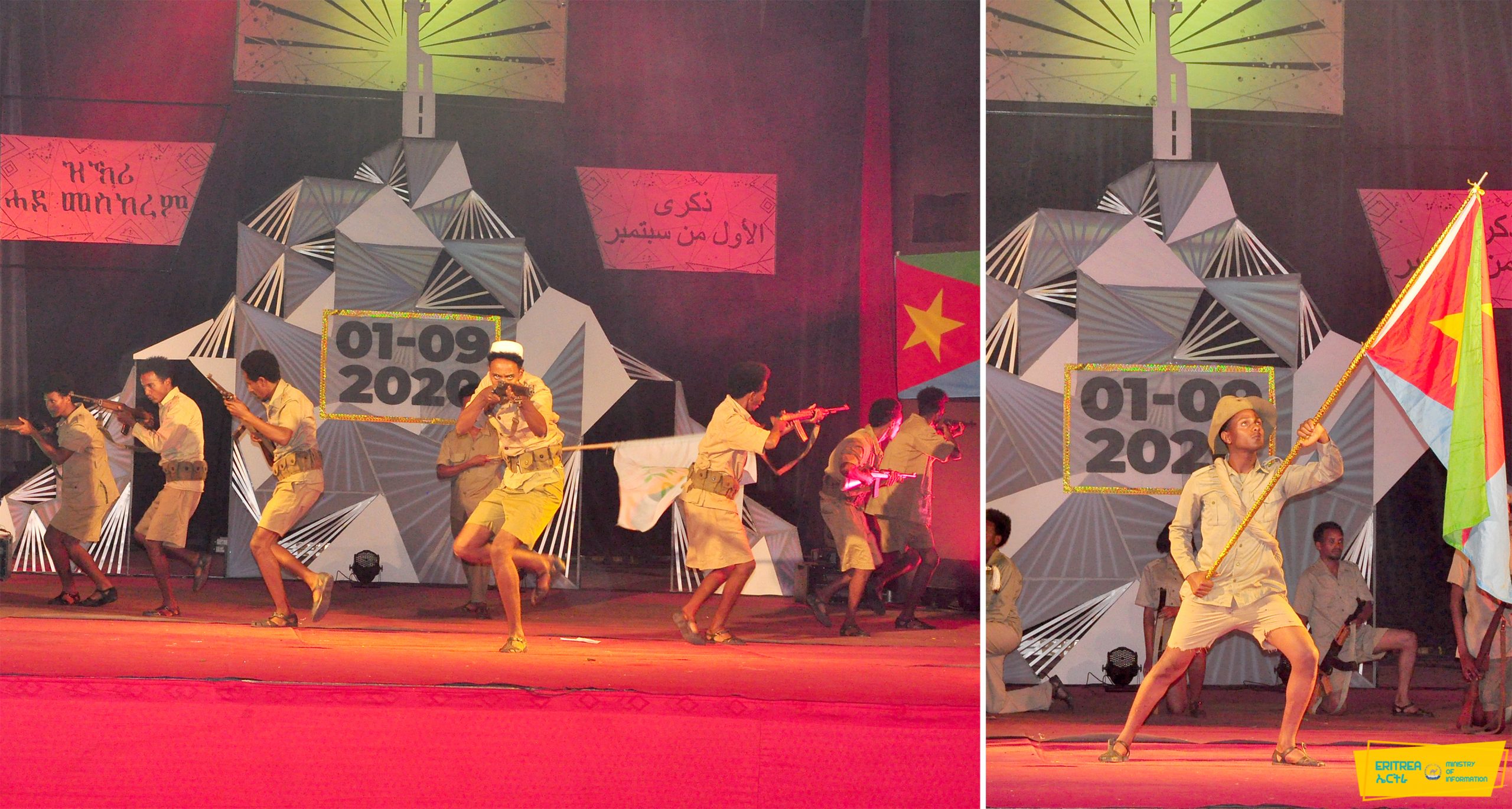 Asmara, 01 September 2020 – The 59th Anniversary of the armed struggle for Eritrea’s independence was observed in the afternoon hours of today, 1 September with cultural programs at Cinema Roma.

The program organized by the National Holidays Coordinating Committee included musical performances, musical dramas and poetry highlighting the unity and resilience of the Eritrean people demonstrated against the enemy conspiracies as well as the ill attempts of the successive colonial powers to obliterate and if possible to eradicate the identity of the Eritrean people.

The commemoration ceremony was broadcast live by Eri-TV and Dimtsi Hafash.