September 1st: a Road to Liberty and Dignity 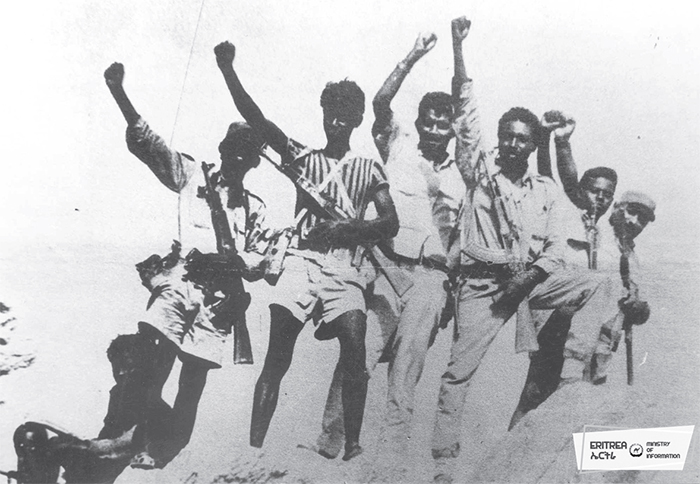 On Tuesday, September 1st 2020, the 59th anniversary of the beginning of the armed struggle for independence was celebrated.

When European colonialism was abolished in Eritrea, contrary to the wishes of the Eritrean people, Eritrea was thrown to a federal contract with Ethiopia and plunged into the darkness of feudal Ethiopia after the United Nations passed the federal resolution on December 2, 1950. The federation lasted for ten years and was followed by Ethiopia’s annexation of Eritrea.

The violation of the federal arrangement by Ethiopia and the silence of the international community left the people of Eritrea with no choice other than starting an armed struggle for independence. After 71 years of humiliation, on September 1st, 1961, Hamid Idris Awate announced the beginning of the war of liberation. Hamid Idris Awate. Awate is venerated by Eritreans as the founding father of the struggle. As a tribute to his deeds, many government and private institutions have been named after Awate and a statue erected in Haikota, Gash Barka region.

Before they began the armed struggle, the people of Eritrea had fought legally and politically against Ethiopian repression and international conspiracy. The right of self-determination was sought by legal and peaceful means from 1941 to 1961, but to no avail. Eritreans searched for every alternative to regain justice, dignity and the right to self-determination. They were organized to establish the first association that represented the entire society, and in May 1941 they founded the Association for the Love of the Country. John Markakis describes succinctly the pioneering effect and intensity of the Eritrean struggle this way: “The political mobilization in Eritrea involved a larger proportion of the population …to a degree not experienced by their counterparts elsewhere in the Horn at this time” (1990, 57-58). 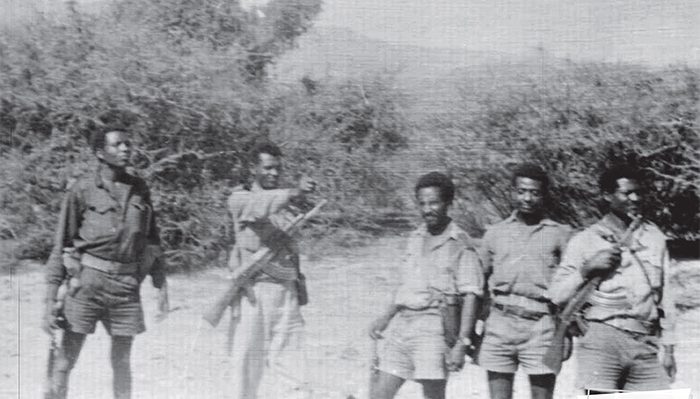 On December 1950, when the United Nations passed the federal resolution, the interest of Ethiopia and its allies received greater attention than that of the Eritrean people. From the outset it was crystal clear that the right to self-determination of the Eritrean people was sacrificed at the altar of the United Nations to protect the interest of Ethiopia and her allies. This interest was clearly stated by the USA secretary of state at the time, John Foster Dulles. He said: “From the point of view of justice, the opinions of the Eritrean people must receive consideration. Nevertheless, the strategic interest of the US in the Red Sea basin and considerations of security and world peace make it necessary that the country has to be linked with our ally, Ethiopia.” The creation of an independent and sovereign state of Eritrea was, thus, blocked to serve the interest of others. Ruth Eyob, in her book ‘Eritrean Struggle for Independence’ put this briefly: “The demands for justice and self-determination of the Eritrean people was subordinated to the imperatives of maintaining the unity and territorial integrity of Ethiopia. From 1961 until 1991, Eritrean aspiration to nationhood was manifested through armed struggle” (1995, 5).

The historical right of the Eritrean people to self-determination was disregarded and, as a result, when African countries made a transition from colonial domination to liberation, Eritrea went from European colonial domination to Ethiopian colonization. Once the United Nations resolution was implemented, Ethiopia employed every means necessary to undermine the federal agreement. The pillars of the federation were systematically eroded, freedom restricted, and Eritrean symbols and identity obliterated.
It was inevitable that the Eritrean people would say ‘enough is enough.’ Thus, the Eritrean armed struggle started a year before Ethiopia’s unilateral dissolution of federation in November 1962 and three years after the creation in November 1958 of a clandestine movement known as the Eritrean Liberation Movement. Hamid Idris Awate showed the people, in general, and the revolutionaries, in particular, the way the struggle should be fought and made them conscious of their strength. The call for Eritreans to join the struggle echoed throughout the country and shook the feudal establishment in Addis Ababa. The brave and intelligent initiative to start the armed struggle gave hope to the freedom-seeking people by showing them the path to the struggle.

The liberation struggle against the heavily armed invading Ethiopian army, trained and supported first by the USA and later by the USSR, was a battle against superior forces allied to the Ethiopian colonization. Throughout the armed struggle for independence Eritrea was obliged to fight against the biggest army in Africa.

The Eritrean revolution has transformed the entire society. It served as a locomotive to political and mental liberation of Eritrea. It was a mass social revolution and its direct influence radiated as far as Ethiopia. The Eritrean revolution has changed significantly the course of history in Eritrea and Ethiopia. It didn’t stop with the liberation of Eritrea. The rise of Eritreans against emperor Haileslasie and Mengistu rescued the people of the two countries from the clutches of tyranny and laid a common ground for a peaceful and stable environment.

The experience of the Eritrean people during the long and bitter struggle for independence has provided a social glue, collective memory and common glory which are the basis of the present consent to live in harmony. Having suffered and paid enormous sacrifice together in the past, the people of Eritrea, to use Ernest Renan’s expression, ‘have a common will in the present’ to perform great deeds together.