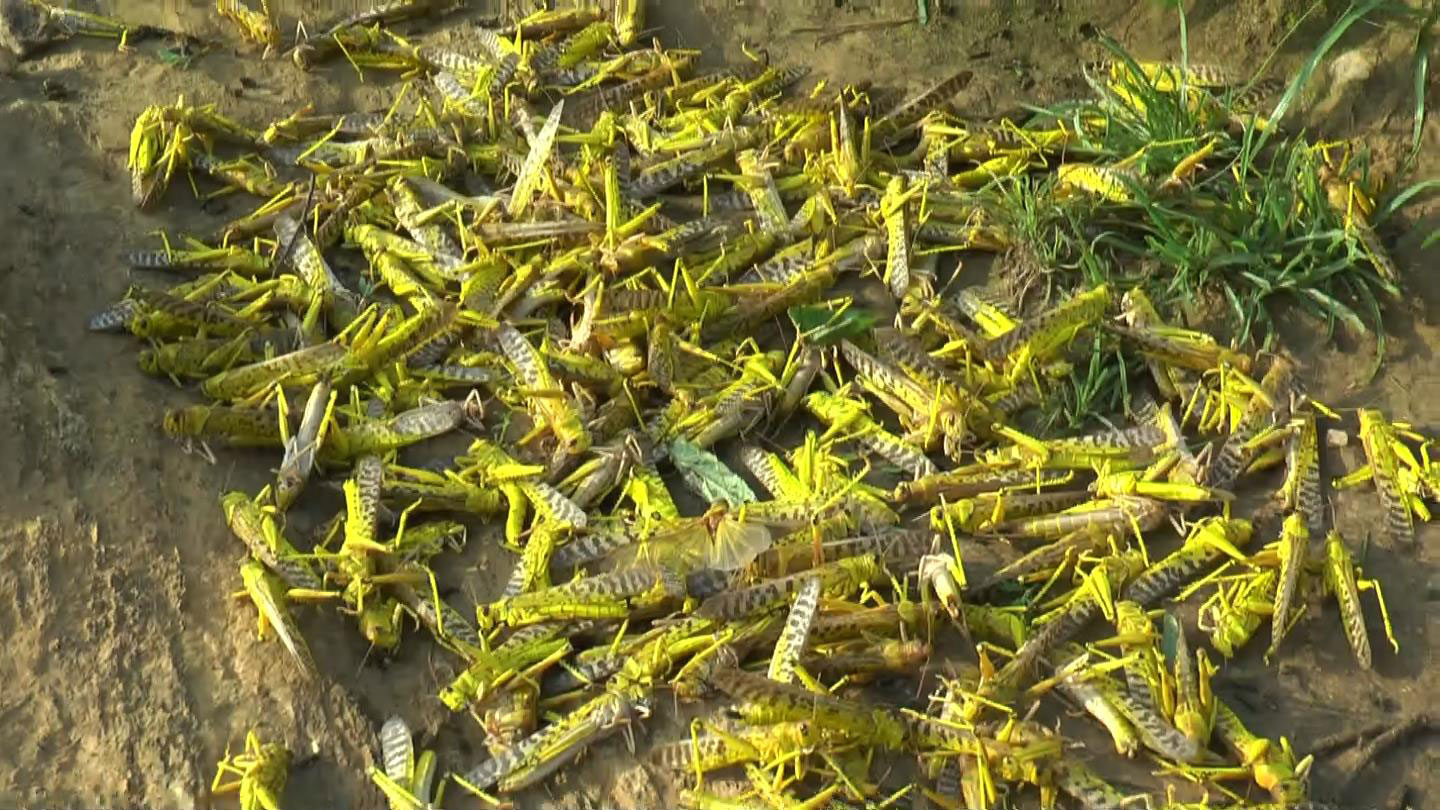 Asmara, 05 September 2020 – Effort is underway to put under control the small roaming bands of desert locust that have and continue to infest various localities in the Northern Red Sea and Anseba, and some other parts of the country, the Ministry of Agriculture reported. 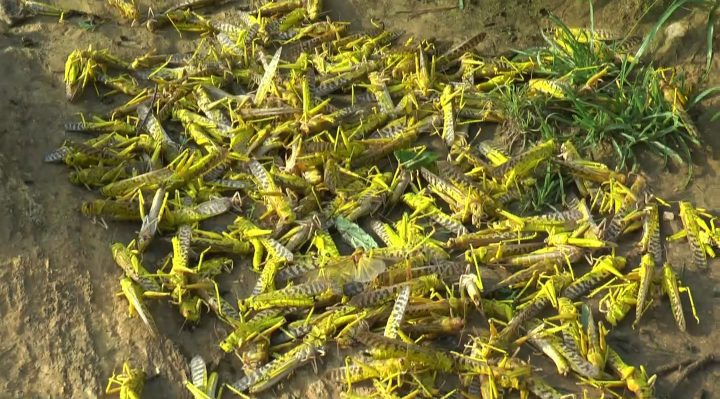 In related news, Minister of Agriculture Mr. Arefaine Berhe in September 4 conducted tour of inspection in Serejaka where effective desert locust control measures have been undertaken.

During the tour, Minister Arefaine commended the strong participation the public, members of the defense forces and experts demonstrated and called for strong organizational capacity and continued maintenance of the spraying equipment as the desert locust upsurge remains critical.

In related news, owing to the commendable coordinated effort demonstrated by the public, members of the defense forces and experts desert locust swarm invasion in Serejaka sub zone was put under control before inflicting any damage.