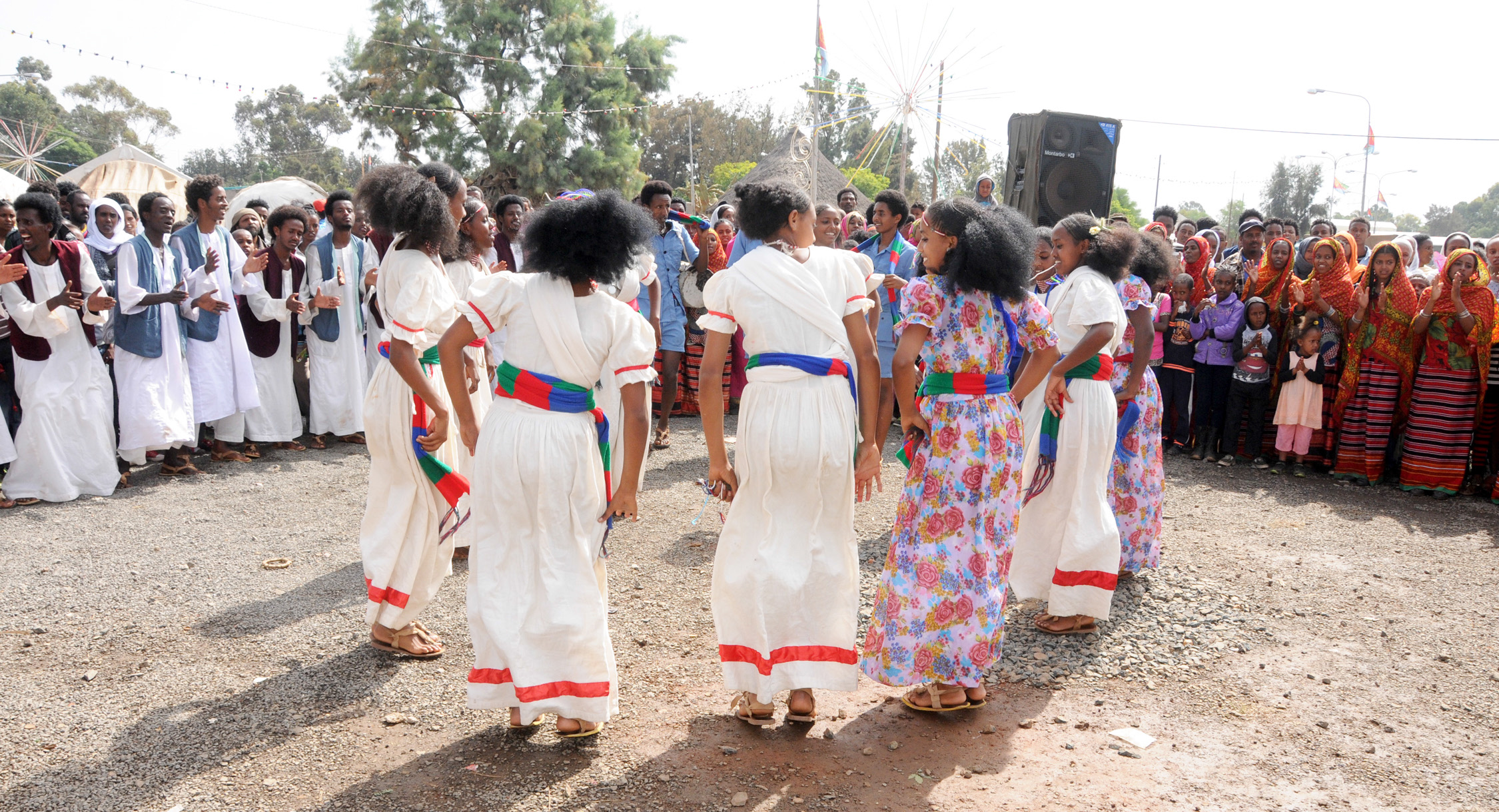 Any excuse is welcome to hold or organize a guaila (traditional frenzied dance accompanied by singers and musicians). It could be a wedding, birthday, baptism or the arrival of a forgotten relative from abroad.

Das (big tent) has been erected for a wedding feast. Testing one, two, three, and the loudspeaker is at the ready to explode at any given time. Brace yourself for a sleepless night. Sometimes I miss Tsom Arba’a (lent), when guaila makers have their hands and mouth tied.

The drum is strapped around the shoulder. The singer is ‘oiling’ his parched throat with Suwa, a traditional drink. The musician is tuning his chira wata (local violin) or k’rar (local guitar). The girls are spoiling for an unbridled limelight dance. The boys are eyeing the marriageable damsels. The hands are itching to clap. And over there stand little boys and girls impatient to learn the customs of the fathers and mothers through imitation. If it were not for them, there wouldn’t be continuity in culture.

When people join the guaila, inhibition is thrown out the window for a while. More suwa and there is visible metamorphosis around you. Youngsters become unruly. It looks like a mating season. The critical mass for slugging it out is a few dances away.

From time to time, the singer emits an eerie sound. An otherworldly groaning and barking (like a strangled hyena). It is appropriate for the occasion where everybody unburdens himself/herself of the commonest of local sins, namely prudery. By the way, does the singer have the friendly demon in him? Who knows!

Guaila has two phases: at the beginning it looks just like an oriental version of the Hopi or Navajo Indian rain dance. This is the phase when foreigners would like to join in en masse. You don’t shake it. You don’t have to twist or turn. You just float with the crowd and move your legs in harmony with the thundering drumbeat. 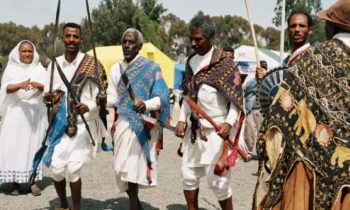 The shuffling of feet and slight shrugging of shoulders continues and the dancers move in circles. This is the famous kudda.

And then you enter the second phase, s’bra, when the shuffling stops, and the dancers, now in pairs, crouch and shrug their shoulders at a faster rhythm while looking at each other through the corner of their eyes. Then, still shrugging their shoulders, they straighten up rubbing back to back. This is where the foreigners either drop out or struggle to follow the herd.

“Is this some sort of cock dance?” a Japanese once asked.

“I don’t think our dance imitates animals?” said an Eritrean. But who knows, he might be right. You have to be an outsider to see things in their real or imaginary perspective, the Eritrean said to himself. In their dance, aren’t the Hedareb imitating the ostrich and other birds?

Guaila (practiced by the Tigrigna ethnic group) is not without its counterpart among the other Eritrean ethnic groups. If the Kunama traditional dance is hot and very rhythmic (which makes it the most loved by foreigners), the Hedareb traditional dance (the Ostrich dance) is the most graceful. The problem with the latter is, however, that you have to be a ‘rubber man’ from the Barnum circum to join the dance.

Almost all Eritrean ethnic dances include the waving or brandishing of swords or daggers. However, the Good Lord, in his infinite wisdom and mercy, had deemed it safe to remove the sword from the Tigrigna guaila dancers, for the consumption of suwa cannot go side by side with the brandishing of a sword. Otherwise, any frenzied Tigrigna guaila would end in carnage and loss of innocent lives. Now instead of that, we have fistfights and stick fights to end the guaila in a relatively safe manner.

Guaila is as Eritrean as the baobab trees. Whenever five to ten Eritreans gather for dinner or lunch, the urge is always there to dance. Some sort of an impromptu dance.

Guaila is most common during wedding seasons, especially in January, when thousands of couples get married.

At the moment with the reality of the ‘new normal’ and social distancing guidelines, what our guaila will look like in the future is anyone’s guess.

She is the first, ever!