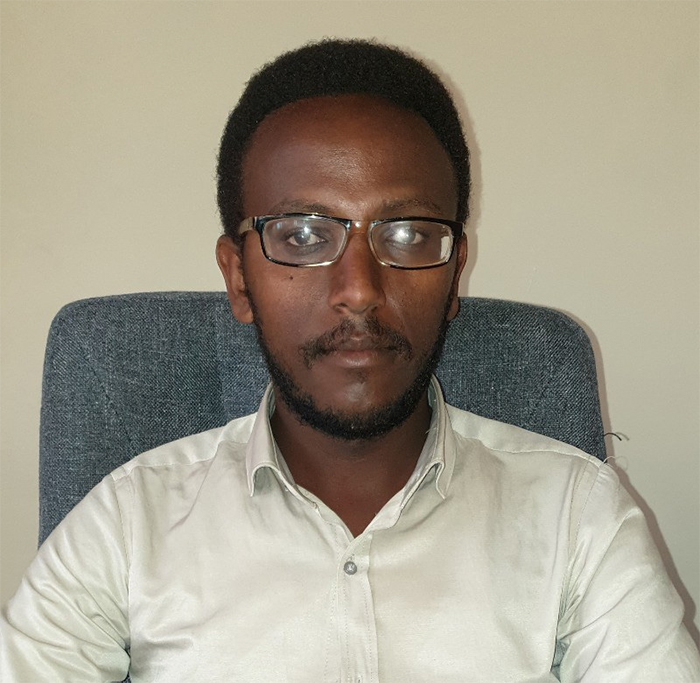 The National Agricultural Research Institute (NARI) of the Ministry is promoting potato production through farmers-based research. The project, which was launched in 2015 includes potato seed provision, multiplication, and, capacity development of farmers and experts on potato seed management to boost the productivity of seed and ware potato. 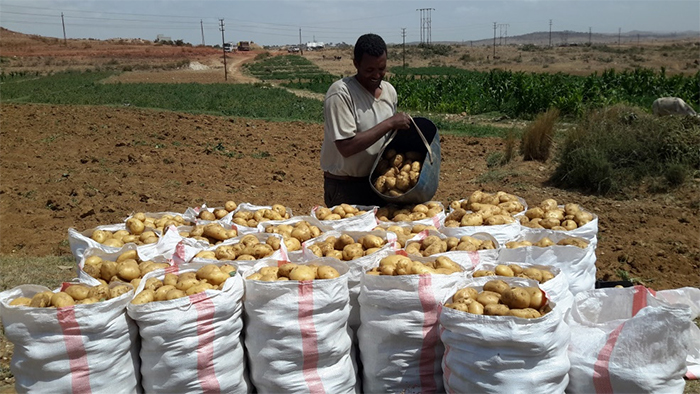 In the past five years since the launching of the programme, more than 1100 farmers have benefited directly from the supply of certified potato seeds while more than 2000 farmers and 300 experts received extensive training courses in various regions.

As a result, potato productivity has increased dramatically in all the targeted areas.

This newsletter presents an exemplary farmer and beneficiary of the project.

Eyob Tsegay, 49, is a farmer who has been involved in potato farming for the last 12 years in Adi-nefas, Maekel Region. This farmer is known for his extra-ordinary experience in vegetable production and disease management. According to a report from the project, Mr. Eyob and his Father Mr. Tsegay are among the early beneficiaries of the potato seed project. Initially he was given G2 Electra variety potato seed in September 2015. This farmer has been able to multiply the seeds on his own initiative and saved every generation for next season. At this time, he has successfully maintained the generation up to ninth sequence, G9.

This exemplary farmer has been enrolled in the continuous training and seed provision programmes enunciated by the project. He confirmed that he had attended three different potato production and disease management training courses and farmers’ field days in the past years.

Mr. Eyob maintains that “Electra potato seed is very rewarding even in adverse conditions. The variety is robust and can last long but it needs change of place every season and enough manure to maintain its capacity”. 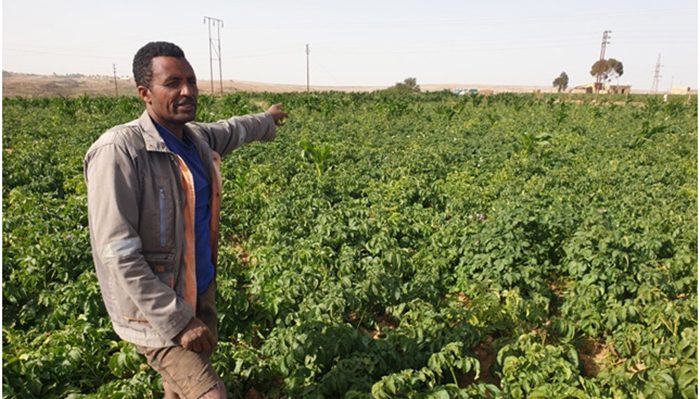 Mr. Eyob further underlined: “Crop rotation is one of the key factors to the success of potato seed production and increases productivity as it mitigates the disease and pest reoccurrences. Moreover, I always avoid the off types during flowering and I remove yellowish and stunted crops; and I throw them far away as they are the main causes of potato seed degeneration diseases.” Finally Mr. Eyob points out that he saves the egg-sized potato tubers in ventilated shades for next generation to use them as seeds.

The Project Coordinator, for his part, told this newsletter that in addition to the diligence of the farmer, his farm location also helped him to get bumper harvest. The farm is situated in a windy area which inhibits free movements of aphids and other disease transmission vector insects which are the main causes of potato degeneration. Currently the farmer is not only known for his good harvests but also as a potato seed distributor to some farmers around Mendefera, Southern Region. For instance, this season he has sold about 30 quintal of potato seeds. He had harvested 164.7 quintals of potato tuber from 11 quintals of seed. This yield is equivalent to around 300 quintals per a hectare.